After more than 10 years, Spira's sound gets an upgrade.

The remastered soundtrack for Final Fantasy 10, compiled for the tenth anniversary upgraded edition of Final Fantasy 10/10-2, is both familiar yet foreign, a comforting classic and a new experience. Square Enix brought back the score's original composers to give it another go, building on the experience of the original music and crafting something that would be both different but welcoming for returning players.

"When it comes to remastering the Final Fantasy 10 soundtrack, I felt that the only way to achieve the quality that the fans would be satisfied with was to have the original team members work on it," music director Keiji Kawamori told Polygon.

The initial plans for FF10 HD's sound included providing the option for players to switch between the old and new background music; it was important to developers that the sound match the revamped graphics quality. But technical issues prevented this feature from making it into the final game.

"Because the original PlayStation 2 version used a built-in tone generator with limited memory capacity, I wanted to fully re-master the soundtrack using current technology in order to match the HD re-mastered graphics," Kawamori said. "At first, our plan was to allow players to switch between the original and re-mastered soundtracks while playing the game. However, we encountered issues along the way that unfortunately prohibited us from implementing this feature."

"We might as well change it dramatically than conservatively, right?"

Most tracks have had fairly conservative changes made to them, with most of them getting "cleaned-up" a bit for the updated game release. Ryan Thompson — musicology Ph.D. student at the University of Minnesota and contributor on the Final Fantasy 6: Balance and Ruin album — told Polygon a major reason for the changes, no matter how small they sound, was likely to make the music more accessible to an audience unused to lower-quality PSOne and PlayStation 2 soundtracks.

"I'd suggest that the original soundtrack remains one of the great triumphs of the JRPG genre and would have stood on its own without any touchups — no one complained when Ocarina of Time 3D changed zero audio for the re-release, to give one example of another approach," Thompson said. 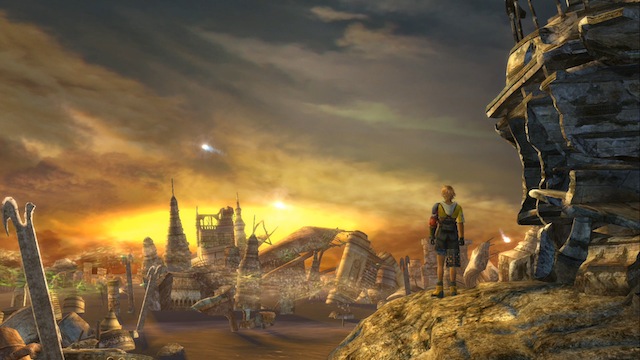 Some tracks like the "Normal Battle" theme and "Thunder Plains" give the impression of having been completely redone from scratch, and with a few this is absolutely the case. With songs like "Normal Battle," veteran Final Fantasy composer Nobuo Uemastu — who worked on the original and supervised parts of the remastered soundtrack — told Polygon the idea was to create a tonal change as powerful as the upgrade being done to the game itself.

"If we're remastering the soundtrack, we might as well change it dramatically than conservatively, right?" Uematsu said.

"I wanted to rearrange the song to have a grander sound while maintaining the mood of the original at the same time," arranger Tsutomu Narita said of the big-band-like upscaling to the "Normal Battle" theme. "Brass and string instruments were already important elements of the original song, so we decided to expand into a full orchestral piece by adding other instruments as well."

For critics like Thompson, the upscaled "Normal Battle" feels a little too dramatic, as though it has been tailored more towards use in trailers and promotional materials than in the actual game.

"I might even describe this single track as having been over-orchestrated, with too much done to 'improve' it," Thompson said. "I think this is likely due to the fact that it figures highly in the comparison trailers for the re-release. I imagine that the added energy isn't going to keep the track from feeling repetitive after 40 hours of battles."

Some dramatic re-imaginings were based on in-game content. The Final Fantasy 10 version of the famous "Prelude" melody used in almost every Final Fantasy title is meant to make players feel like they're in Zanarkand, which itself has background music sharply different from the more ethereal and less city-like feeling of Spira's.

"I remember this arrangement was the result of being inspired by the visualization of the game scenes," Kawamori said. "A radio DJ appears right after the first scene where this song is played." 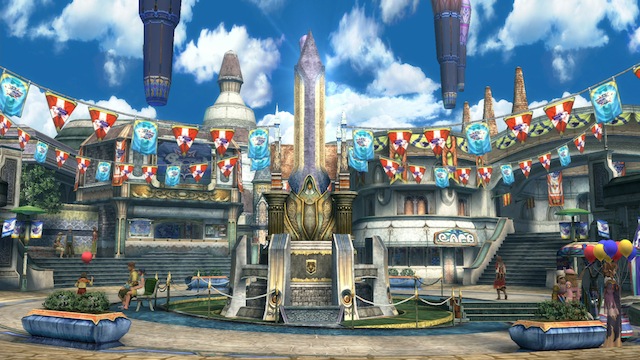 Final Fantasy 10 HD's remastered soundtrack also remixes several tracks with more piano. "At the Edge of the Abyss" and "Besaid" replace some of the original string and synth-based and melodic threads with piano. This results in a softer sound.

"The original Final Fantasy 10 was already a complete experience, so there was no reason to alter the soundtrack dramatically," Masashi Hamauzu — director for the FF10 soundtrack and lead composer for the Final Fantasy 13 games — explained. "However, it wouldn't be interesting to treat all songs in this manner. Additionally, because the Besaid theme was my original composition and arrangement, I took it upon myself to evolve the song and make it better."

"I wanted...a grander sound while maintaining the mood of the original."

The track "Via Purifico" was replaced entirely by the version used in the Final Fantasy 10 Piano Collections, a compilation of the game's tracks played with only piano.

"Because the music performance was fantastic, I wanted players to be able to hear it in the game," Hamauzu said. "I also felt very comfortable with this version of the song because it sounded natural and consistent."

The upgraded album release also features three tracks that were not used in the original game — one of them an upbeat, bongo-spotted track titled as "Wakka's Theme." It's worth noting that Wakka is the only Final Fantasy 10 party member that doesn't have his own musical theme.

"Although I don't remember exactly because it was quite a long time ago — in the early stages of game development process, many songs are created based on visualization of different game scenes," Kawamori explained. "At that time, I believe we decided to go with another track that was better suited for the scene. As a result, this track was not used ultimately." 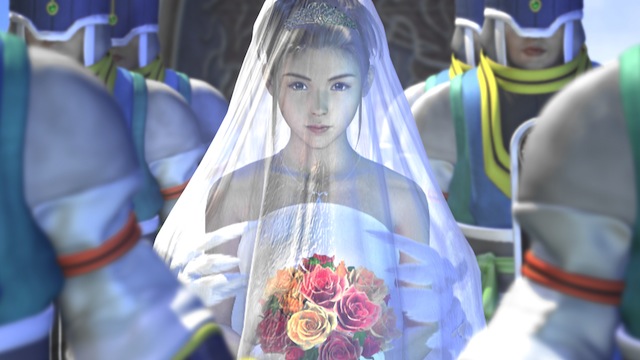 Public response to the soundtrack has been mixed. Listeners have taken to forums and YouTube to comment on the updated sound. Some feel it sounds too busy, the melodies run through new synths to the point of disharmony. Others enjoy the more frequent use of piano and violin or guitar, liking the more classical-sounding version of tracks like "At the Edge of the Abyss" and "Mi'ihen Highroad."

"I felt FF10 HD Remaster didn't drastically alter the overall feel of the score, so I don't agree with the more vitriolic complaints on that level," Larry Oji, community manager and submissions judge at game music megasite OCRemix told Polygon. "If I had to criticize something, I felt a handful of standout themes like 'Hurry!!,' 'Luca,' 'Blitz Off!' and 'Auron's Theme' seemed to have their melodies or the best ear candy in the background de-emphasized in HD Remaster's versions, so they didn't grab me the way the originals did. But many of the pieces, like 'Besaid,' 'Mi'ihen Highroad,' 'Via Purifico,' and 'Servants of the Mountain,' really shined despite the slight changes to the instrumentation.

"Any time you deal with music that's established in people's memories and you make even subtle alterations, you run the risk of not triggering the very specific nostalgic response someone's looking for," he added. "Even when you're trying to remain faithful to the original material, it's a very delicate balance that's ultimately more subjective than anything else."

Cain McCormack — composer and OCRemix judge as well as a current developer on Alien: Isolation and director of OCRemix's upcoming Final Fantasy 9 tribute album — notes that nostalgia is playing a big role in how players are perceiving the remastered soundtrack. For many, hearing the tracks played in a new way will only strengthen their historical bond with the game. But for others, the new sound could be equally displeasing.

"A large amount of the enjoyment and nostalgia of a soundtrack is the actual timbre of the sounds themselves," McCormack said. "For example, the various different versions of the prelude over the years are essentially the same basic piece of music, but I only need to hear the first few seconds of the Final Fantasy 7 prelude in particular to start getting goosebumps.

"This factor presents the greatest challenge for a remaster, as the majority of the tracks have had fairly noticeable timbre/sample changes with no other arrangement alterations," he added. "It's very difficult to say if that approach will be positive or negative for every listener as how much a particular timbre resonates is entirely subjective...Those personal favorites are very dangerous to change, and everyone has different favorites." 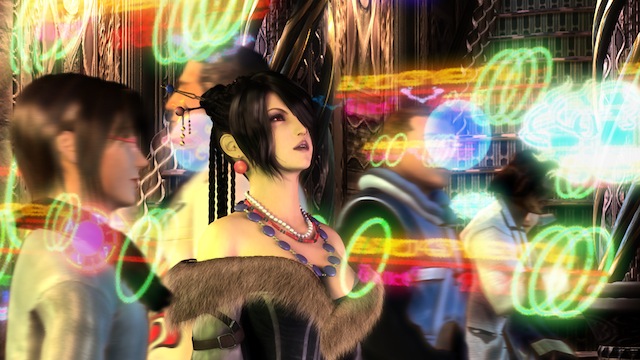 How we perceive music and our personal preferences also has a lot to do with the basics of how we hear.

"In remastering, it's worth pointing out that as some lines are brought to the foreground and others moved into the background layers of a given piece of music, we hear and interpret the piece differently," Thompson said. One example is "Auron's Theme," in which the solo beginning at the 1:50 mark has been floated into the background and is somewhat less prominent than in the original track. "That's not actually the case, but the dissonant lines have been moved significantly into the background, which makes the track appear less complex on a first listen because many listeners will not listen closely enough to hear the dissonances during the emotionally-intense accompanying cutscene."

"There are some other cases where the sample swap has been very effective," McCormack agrees. "The violin lead in the new 'Servants of the Mountain' version has hugely improved articulation and vibrato. It almost makes the original sound lifeless without changing any of the arrangement. The new guitar sound in 'Tidus's Theme' is also much more human than the original and to me represents a significant improvement.

"The most successful tracks on the album are the ones that actually change parts of the arrangement in tasteful ways, while still maintaining all the most important parts of the melody," he added, citing "Besaid," "Spira Unplugged' and "Thunder Plains" as his examples.

Thompson also feels tracks representing individual characters, such as Tidus and Jecht's themes, have been given "more character." The addition of a live soloist to the melody "augments the emotion," as Thompson puts it, and makes the songs feel more personal. On the opposite side of the spectrum, tracks left untouched like famous tear-jerker "To Zanarkand" and most versions of "Hymn of the Fayth" prevent the soundtrack from being labeled a complete "remix." 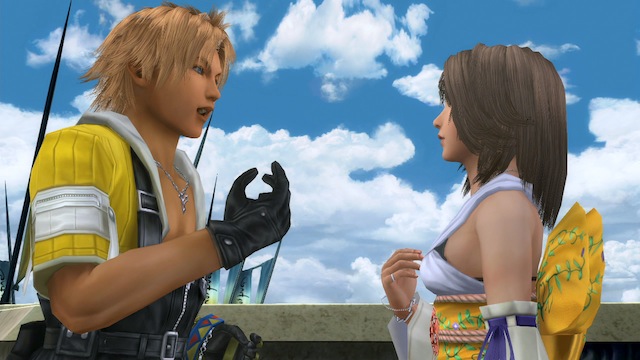 "So was it worth changing it at all? I think so," McCormack said. "But I almost wish they took a few more risks with altered arrangements and did less straight sample swaps, as that is where they had the most success. If you are going to change the music at all you may as well go for it. After all, people will always have the original if they don't like the new flavor."