Game designers talk about making the transition to academia

Share All sharing options for: Game designers talk about making the transition to academia

Game designers who have made the move to academia include Warren Spector (Deus Ex), John Romero (Doom), Brenda Romero (Wizardry) and Richard Lemarchand (Uncharted). At GDC's education summit yesterday they shared their experiences of teaching the next generation of game makers.

"For many students this is the first class they have ever taken in game development," said Brenda Romero. "I see the first time they are in the classroom and someone is validating what they want to do. To see their passion is like a drug to me."

Romero and her husband John are in charge of a program at the University of California, Santa Cruz. "It's a blast getting to work with people who know how to code but they want to learn about design and how to make great games," said John.

He and Brenda are still working on game design projects as well as consulting gigs. John said that their contracts stipulate that they stay active in game design. "It's useful for the students to be talking about what is new. Game design is about learning constantly," he said. 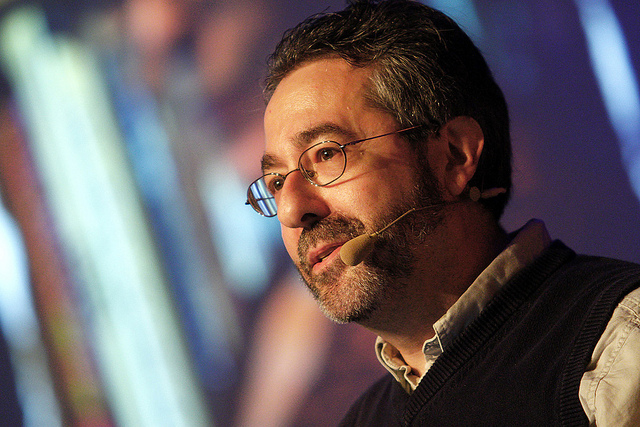 Warren Spector (above) recently joined the University of Texas in Austin and is currently designing a new game design program for next year. He said that, although he is busy planning for now, he is aiming to return to game development projects in the future, partly because he loves making games, and partly because of the need to keep abreast of new ideas.

"What I knew six months ago might be out of date already," he said. "You really have to be making games to stay in touch." He added that designing a college course is not unlike the early stages of designing a game, in which systems and goals are outlined on paper. "Except the game is not the product. It's the people and the knowledge and the experience," he said. "We want to teach them things that might otherwise take years to learn, and compress it into one year."

Richard Lemarchand decided to try a new direction while he was working at Naughty Dog. He is now at the University of Southern California. Although the move was a risky one, he said he is happy he made the change. "Fear and self doubt are the major obstacles we all face in life," he said. "It was a big change for me, one that I hadn't necessarily seen coming. But I am very glad that I pushed myself out of my comfort zone so I could be the kind of adventurous person that I like to be in the games that I play."

All the panelists agreed that any game developer looking to make the move should anticipate cultural changes. John Romero, one of the most celebrated and famous game developers of the past two decades, had to put a resume together in order to pass through academia's notorious bureaucracy. Salary levels can be challenging for those who are accustomed to senior game industry pay levels. Assessments, in which teachers and classes are constantly evaluated, are also a departure from game industry norms, in which deadline-hitting, review scores and sales levels are the usual measures of success.

Ultimately, the teachers bring insights and experiences that cannot be learned from books. "Over 30 years you see a lot of stuff happen," said Brenda Romero. "Our students have just hit alpha and the students think the whole thing is going to hell, and just letting them know that we have been there before, that they'll get through it and the world won't catch fire, is valuable to them."