"The industry has grown by creating technological advancements for video game players," Yoshida said. "Advancements that people maybe weren't expecting or thought was possible." PlayStation, he said, is focused on "pushing the boundary of play," and "it's this focus that drives how we innovate and create the experiences we deliver to gamers."

Some of those technologies, like Blu-ray, have since become standards.

"Virtual reality is the next innovation from PlayStation that will [shape] the future of games," Yoshida said.

Yoshida showed a short demonstration of Sony's early VR attempts, using a modified version of God of War seen from first-person, as well as some headset prototypes that date back to 2010. Using a combination of Sony's own hardware, combining personal video viewers with PlayStation Move controllers, PlayStation engineers experimented with multiple prototypes. 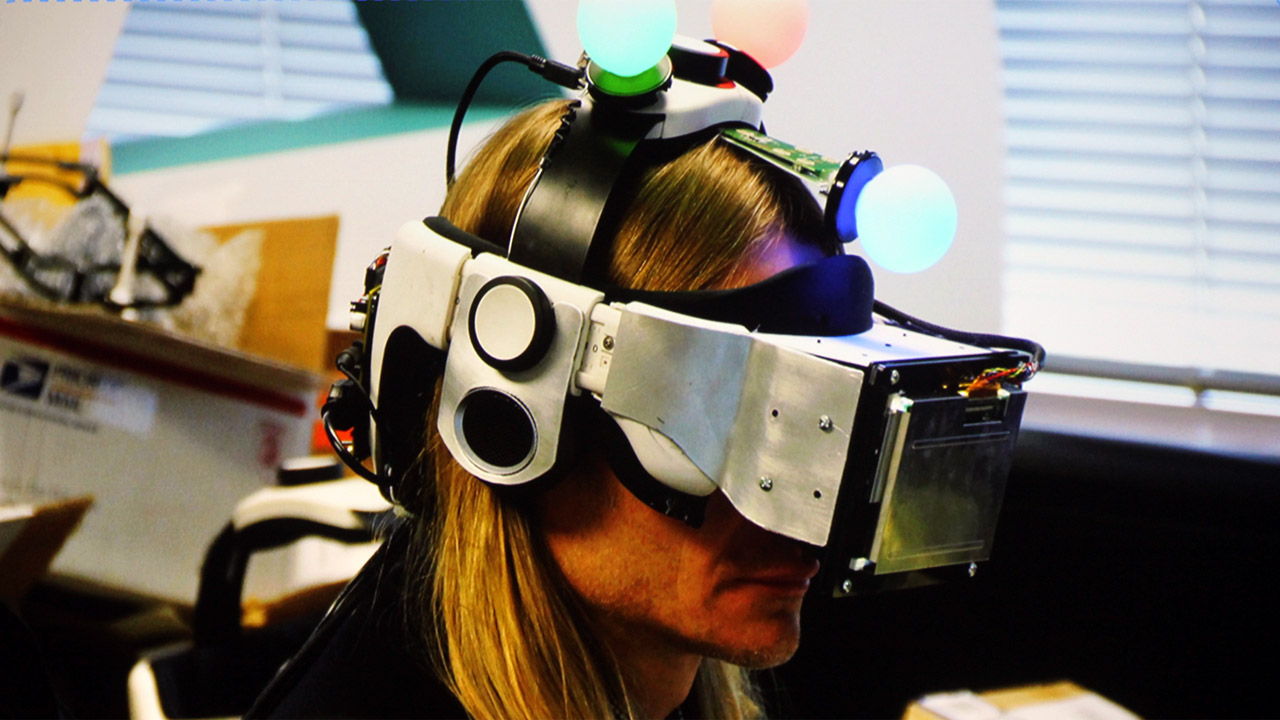 He then unveiled Project Morpheus, a slick black and white prototype headset for PlayStation 4.

"We believe Morpheus will further enhance the world of PlayStation 4, with seamless integration with PlayStation Camera and PlayStation Move," Yoshida said. "We will continue to improve on this prototype by gathering feedback from developers. That's why we unveiled it at GDC."

Sony will demonstrate Project Morpheus at GDC, making the prototype headset and a handful of demos playable at its booth.

Richard Marks, senior director of research and development at Sony Computer Entertainment America, said Project Morpheus will be used both for games and non-games, adding that he's been working with NASA and its Jet Propulsion Lab on an exploratory project.

Marks explained that Sony is focusing on six areas for Project Morpheus in order to make it a mass market device: sight, sound, tracking, control, ease of use and content. Sony electronics experience with optics, he said, will give PlayStation an advantage when it comes to sight, adding that sound is equally as important to the virtual reality experience.

Morpheus will use Sony-developed 3D audio technology that recreates positional sound, "such as footsteps climbing up stairs below them, or engine noises of helicopters flying overhead." Sounds will change along with players' head orientation ""creating a highly realistic audio environment within an immersive 360-degree virtual world."

Position tracking, Marks said, is key to providing the "presence" that's at the heart of convincing virtual reality. He presented control as an even tougher problem, say there are "a lot of [control] problems to solve down the road," but highlighted the DualShock 4's tracking via the PlayStation Camera as an advantage for Sony.

In concert with the PlayStation Move motion controller, Sony says players will be able to see their hands — and weapons — in-game allowing them to feel like they are "physically fighting off enemies with their sword in the virtual world."

Ease of use, Marks said, was another key factor. "You're going to have to be able to go to the store, buy one, plug it in and [have it work]," Marks said, explaining that users shouldn't have to be bothered with drivers or set up.

MIkhailov said Project Morpheus is very comfortable to wear — it is highly adjustable, comfortable for prolonged use and supports custom headphones that can be plugged directly into the unit, he said — and that motion sickness is reduced, a common problem with VR. He said Sony is working toward a 1080p resolution display and 90 degree-plus field of view. Position and rotation head tracking has a 3 meter working volume and a full 360 degrees.

Sony will show Project Morpheus on the GDC 2014 show floor with a handful of playable demos:  London Studio's "The Deep," in which players will descend into a diving cage and encounter deadly ocean predators; "The Castle," a medieval combat game; CCP Games' space dogfighting game Eve Valkyrie; and a special version of Square Enix's and Eidos Montreal's Thief.

We'll have more on Project Morpheus for PlayStation 4 later this week.