What's next for Koji Igarashi, the man who left Castlevania and Konami behind

Share All sharing options for: What's next for Koji Igarashi, the man who left Castlevania and Konami behind

For the past several years, Koji Igarashi tried his hand at making social games at Konami.

"The more hardcore the game... the less suitable it is for the casual market," Igarashi told Polygon in an interview at this week's Game Developers Conference. "Unfortunately, I'm good at making core experiences, so it was two years of making a game that leaned too 'hardcore' for the social market. So it was canceled. Then I'd try again and be canceled. And again and be canceled.

"That happened several times, more because my natural style is more akin to a hardcore game."

Igarashi quit Konami this weekend, ending a two decade-long career at the Tokyo-based game company. He's striking out on his own, hoping to create new games that play to his strengths: 2D exploration-action games rooted in classic console gameplay, not social game trends.

"My style of creation, the sort of game experiences I'm really good at don't fit that trend," he said. "There was a little frustration on my part trying to make that leap. I think a lot of creators are unable to make that leap. I couldn't. I was frustrated with myself, but it's kind of disappointing that during this time, the fans were constantly saying 'We want more core 2D Metroidvania experiences' and I was, of course, in trying this new foray, unable to appease them to make them happy as well. I couldn't make the transition but I also couldn't continue to make the games I wanted to make. So there was some disappointment.

"A [new] Metroidvania-type game, that's definitely something I'm interested in"

"Whether it was actually wasted time or not is something I think about," he said. "But [making games is a] business and therefore you need to follow what the market dictates. Since the market dictated that social games were profitable and making money then that's something as a creator that you can't totally ignore."

Igarashi's move from creating core games to social games was largely driven by Konami's internal direction, he said. He stepped away from making 2D Castlevania games because, he said, while Konami recognized that its 2D legacy franchises had a passionate fanbase, it saw the video game business moving in a different direction.

So, emboldened by fans' requests and disappointed by his inability to complete the social games he was developing, he left Konami. Igarashi called the decision to leave an emotional one, both frightening and empowering.

"I was afraid [to leave]," he said. "I had the safety blanket of a large corporation. In Japan, it's lifetime employment, so to leave that comfort zone and strike out on your own, there's a lot of risk and fear involved." He worried, "Am I really a big enough name [to go independent]? Is there going to be the support there that I need?"

"On the other hand, this is the second time for me to chase after my dreams and I'm not limited by some sort of corporate structure. Having that freedom feels great."

The reaction from his colleagues at Konami to his departure was mostly positive, he said. Most wished him well.

"A lot of people said, 'That's a shame. We're going to miss you,'" Iga recalled. "Others said 'It's a shame and we'll miss you, but this really is probably the right time,' because they know what Konami is about. One of the things, that made me happy is [that] a lot of people said, 'Hey, I want you to hire me, take me with you.' So that felt good." 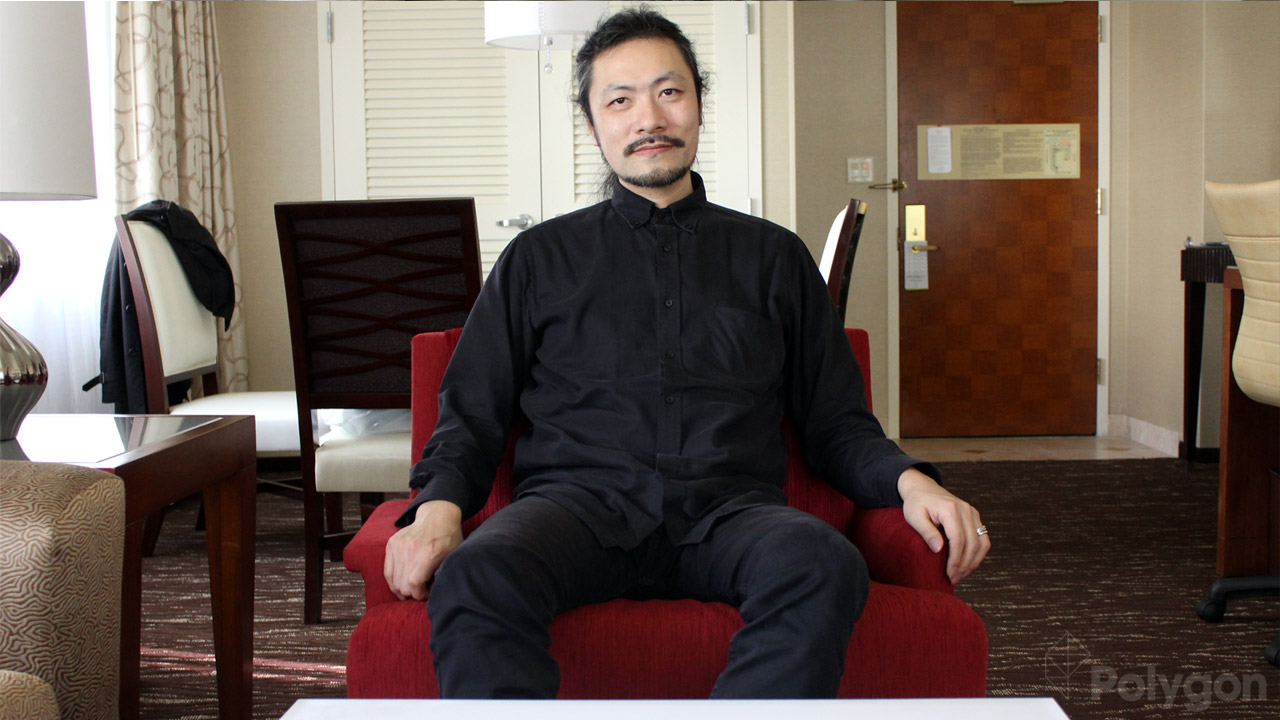 Igarashi's plans for the future are still unclear. After all, he pointed out, he just left Konami a few days ago. At GDC this week, Igarashi says he's talking to video game publishers and potential partners about a new game concept to see if they "feel it's a good fit."

He hasn't come to a conclusion about financing his next move via crowdfunding, he said. He's better at making games than making money. He wants to find the easiest solution that will enable him to make games again.

In announcing his departure, Igarashi said he was striking out on his own to "make the kind of games I really want to make — the same kind I think fans of my past games want as well." That's likely more Metroidvania-style games, or as he calls them, tansaku (exploration) games. Just without the Castlevania name or legacy.

When asked to expand on his future game plans, Igarashi said, "If you just look at my strengths, most likely it will be an action game. Of course, fans would like a 2D exploration sort of game, a Metroidvania-type game. That's definitely something i'm interested in to make them happy.

"But, probably much to fans' chagrin, I'm frustrated that I have been unable to make a really good 3D game as well. That's something I want to eventually truly conquer, because it has continually defeated me."

Igarashi doesn't have a name for his new development studio, he says, and he hasn't ruled out collaborating with some of his former colleagues and co-creators, like artist Ayami Kojima and musician Michiru Yamane.

"Kojima-san and Michiru-san are both amazing creators and it's fantastic to work with them," he said. "I'd love to work with them all the time, if I could. That's definitely something I am thinking about, but naturally there's lots of talent I've worked with in the past and I'm planning to see if we could collaborate in the future."

He'll likely focus on console games at his new studio, as that's where much of his fan base resides. But he doesn't want to exclude other platforms, like PC, mobile or handhelds, and if fans demand it, he'll consider all hardware options. "I don't want to close any doors," he said.

Ultimately, he just wants to get his games out into the world.

"I'm a simple man with simple needs," Iga said. "The process of making something, releasing it, having fans be happy with what you've created, [that's what I want]. The last two years, I haven't been able to finish that process for a variety of reasons. If I can do that, that would make me very happy. That is what I want to do with my studio: release games that make people happy."