Share All sharing options for: EA looks back on five years of the FIFA Ultimate Team juggernaut

Five years ago today, Electronic Arts introduced the Ultimate Team mode in its main FIFA franchise. The mode offered a new, engrossing way to play the beloved soccer game, but it ended up being much more than that. FIFA Ultimate Team catapulted the series into new levels of global popularity, and heralded a new paradigm in game development just as the industry was shifting into a digital future.

On the eve of Ultimate Team's fifth anniversary, we spoke with two individuals from developer EA Canada who have shepherded the mode along and helped turn it into the massive success it is today: Matt Prior, the producer who first brought Ultimate Team into FIFA with FIFA 09, and Adam Shaikh, current creative director for the mode.

Ultimate Team actually originated outside the FIFA series: It debuted in the Xbox 360 version of UEFA Champions League 2006-2007, which was released in March 2007. The core of Ultimate Team was all there in the feature's original incarnation. Users put together clubs with virtual trading cards for players, staff, stadiums and more, and attempt to maximize their team's attributes by maintaining team chemistry based on players' nationality, formation and position. They play games against the CPU or online, with "contract" cards enforcing a finite number of matches an athlete could partake in, to earn in-game currency to spend on packs of additional cards (or pay real money for those packs, if they want to accelerate the process). And they trade unwanted cards with other players online in an effort to fill out their virtual collection.

"It was largely based upon the whole emotional connection to trading players in the playground when you're kids," said Prior in a recent phone interview with Polygon. "The idea originated around that kind of philosophy: really capture that emotional connection, that excitement and compulsion of opening a pack, that disappointment getting no one you wanted or getting that superstar, that kind of thrill and excitement." 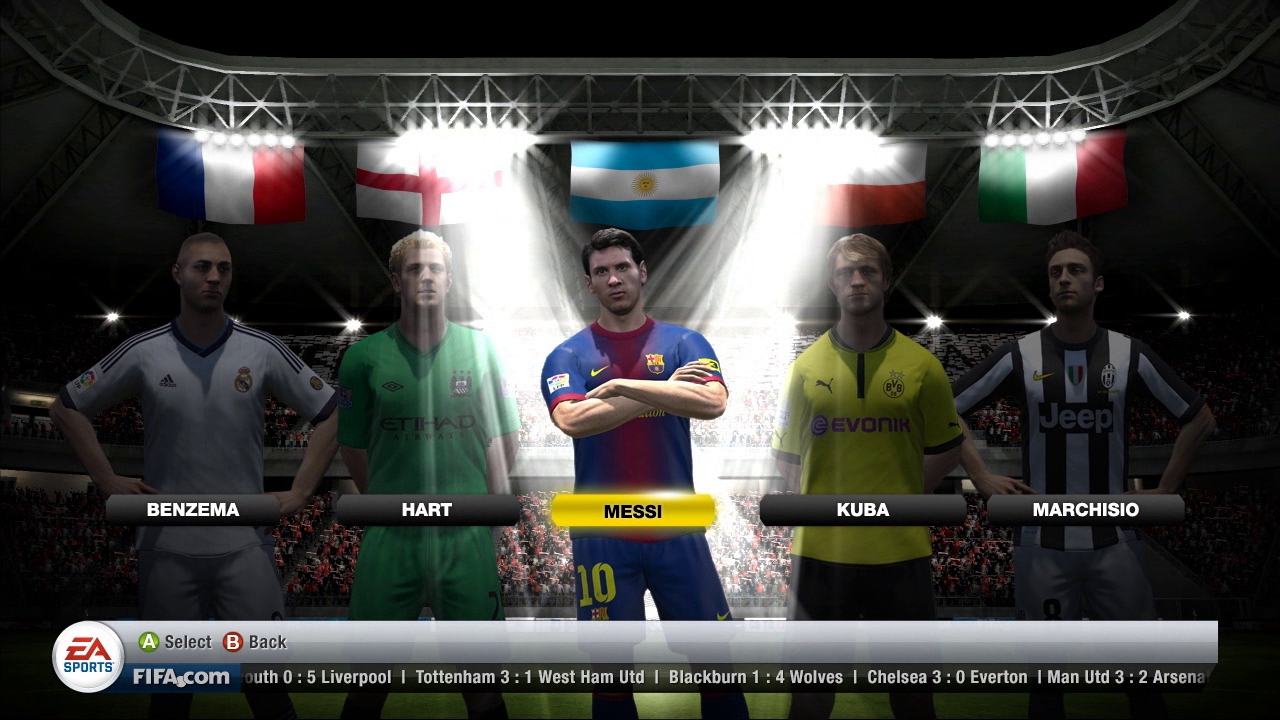 A few years later, EA was working on what would have been Champions League 2009-2010, but the publisher chose not to renew the UEFA license. At that point, with the team being in the middle of the FIFA development cycle in 2008 and looking to come up with something new, Prior suggested revisiting the old Ultimate Team concept and bringing it into the FIFA franchise, but doing so digitally.

"I wrote a design based on that new space, and then we put that towards our [executive producer] at that time, who was Andrew Wilson, and, to his credit, he saw the potential in it," said Prior.

it was Andrew Wilson who realized what Ultimate Team could become

According to Prior, Ultimate Team was "showing a negative profit" initially, but the calculations were based only on unit sales, not the potential revenue from microtransactions for purchases of card packs. It was Wilson who realized what Ultimate Team could become, and it was he who greenlit the mode. Wilson became the head of the EA Sports division in 2011, and was named CEO of EA last September.

Transitioning Ultimate Team from UEFA into FIFA was not without some significant challenges. For one thing, FIFA's collection of real-world athletes is many times larger than that of the UEFA Champions League alone, and Prior believed it was important to get everyone — including no-name players from smaller leagues around the world — into the mode. He added that because Ultimate Team was inspired by a connection to the athletes on real-life trading cards, he wanted to put all the real athletes' photos on the in-game cards.

"One of the key things that I fought tooth-and-nail for early on was getting the real-world player photos in the game, because I think you need that emotional connection to the real world," said Prior. "The obvious solution would just be using in-game renders, but I think the game would not have grown into what it has become had we done that."

"you need that emotional connection to the real world"

EA decided to test the waters with Ultimate Team for FIFA 09, which had been released in October 2008. The publisher launched the mode five months later, on March 19, 2009, as a $10 add-on for the PlayStation 3 and Xbox 360 versions of the game.

"Part of the reason we wanted to do it mid-cycle was to keep FIFA fresh," said Prior, explaining that usage data indicated that players had begun drifting away from the game by that time of year.

"And what we saw was, the people who were playing it were loving it," added Shaikh, noting that the early success was what led EA to keep adding to Ultimate Team. It was a cheaper digital expansion to FIFA 10; it was a free add-on for FIFA 11; and with FIFA 12 in 2011, it was included on the game disc for the first time.

According to an infographic released today by EA to mark Ultimate Team's fifth anniversary (see full image here), the mode's player base has grown significantly over time. About 1 million players bought the Ultimate Team add-on for FIFA 09, and that number increased by 30 percent for FIFA 10. More than double the amount of users, 3.9 million, checked out Ultimate Team in FIFA 11, and once it launched on the FIFA 12 disc — which was also the first time the mode was available on Windows PC — usage jumped to 6.7 million players. In FIFA 13, 11.2 million people played Ultimate Team, and according to EA, usage in FIFA 14 is on track to surpass that figure.

Shaikh and Prior cited a number of reasons that, in their view, have contributed to the overwhelming popularity of FIFA Ultimate Team. For one thing, it changed up an online experience that had always calcified around the world's best teams. Instead of always going up against FC Barcelona, Real Madrid or Manchester United, you could take your eclectic Ultimate Team online and play another person's carefully crafted club.

With such a large player base, it's been important for EA Canada to develop new features that are of interest to many different kinds of people. Shaikh noted that in one year, the developers focused on the users who just love to play the Ultimate Team market by revamping the transfer system to be less like eBay and more like a "back-and-forth negotiation war." And since other people really enjoy the competitive element of pitting their club against others online, EA Canada added the Online Seasons mode to Ultimate Team in FIFA 13.

"We try to think of our gamers as being in a whole different range of people," said Shaikh, "and then think about adding features for those groups." 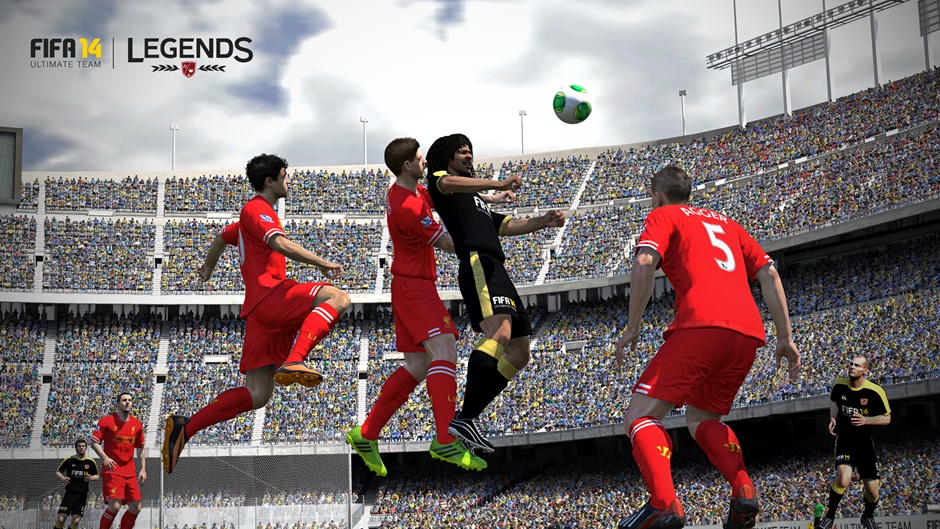 Ultimate Team, like any other element of a game, was expanded with new features over time. But according to Prior, the mode had larger ramifications for the development of games at EA Sports.

"It also changed the way we made games — it was the dawn of the live service," he said. "Previously, obviously, we kept the online element running, but to a large extent it was: You made the package good, you'd ship it, you'd move on. Ultimate Team completely changed that in [that] we now build the mode, put it out there and then a whole live team then supports it throughout its continuation."

"it was the dawn of the live service"

That's one of the most important legacies of Ultimate Team — not just for EA as a publisher, but for the gaming industry at large. Ultimate Team debuted in FIFA, but by the end of 2013, the mode had been integrated into every single one of EA's team sports games (Madden NFL, NBA Live, NCAA Football and NHL). And other publishers have created similar setups in their own titles, such as MyTeam in 2K Sports' NBA 2K franchise.

Moreover, Ultimate Team is a lucrative part of EA's most popular franchise. For the publisher's 2013 fiscal year, which ended in March 2013, the company tallied more than $200 million of digital revenue from FIFA 13's first six months on the market — a figure consisting largely of sales of Ultimate Team card packs.

"[Ultimate Team] created the whole microtransactions element. The key to that was allowing people to — the whole 'sweat versus cash equity,' as we called it, and that was giving people the ability to play the game as much as they wanted and never need to have to spend a penny on it," said Prior.

Shaikh pointed out that gamers tend to see "microtransaction" as a dirty word, but Ultimate Team is a rare exception to that.

"When people talk about microtransaction-based games and things is that, for a lot of games and a lot of companies, there's not necessarily a positive sentiment, but for us it's always been both — it's about making a great game; it's about making something people want to play the entire year," said Shaikh. "And I think that, more than anything, is the reason it's become so successful: because we don't keep going for the, 'Well, how do we make this earn a bit more money?'"