Diversity on the development team behind Animal Crossing: New Leaf — and drawing upon the ideas of men and women from a variety of ages and backgrounds — was important to the game's appeal to a broad range of players, New Leaf project leader Aya Kyogoku said at her GDC panel today.

Her colleague at Nintendo, Animal Crossing producer Katsuya Eguchi, echoed that opinion, saying diversity on the New Leaf team contributed not only to the diversity of content in the game, it better represented the game's target audience.

"When I was starting in the game industry, it wasn't uncommon to be the only woman on the entire team," Kyogoku said. "I always felt welcome and I never felt awkward. In my years at Nintendo, I have come to discover that when there are women in a variety of roles on the project, you get a wider [range] of ideas.

"So when you are trying to create something that will appeal to many types of people, I have experienced how beneficial it is to have diversity on your team."

"When there are women in a variety of roles on the project, you get a wider [range] of ideas"

Kyogoku said that when she started at Nintendo EAD, the group that makes Mario, Zelda and Animal Crossing games, she was the division's first female game designer. "We are still in the minority," she said, but the ratio between men and women is evening out.

Eguchi said that when he began working working on Animal Crossing as its lead designer, "we wanted to ensure it would be something that men and women of all ages would have fun playing."

In order to view the project from a variety of perspectives, he said, they brought on team members of varying backgrounds with varying life experiences. "In hindsight, I feel as though we might have taken the correct approach," Eguchi said. That diversity was ultimately not limited to the content of one title, he explained, and expanded to other titles that Nintendo develops.

Since launching on Nintendo 64, Animal Crossing has evolved from a franchise that sold in the hundreds of thousands of copies to the millions. The latest game for Nintendo 3DS, Eguchi said, has sole more than 7.3 million copies worldwide. It has also driven hardware sales, helping push Nintendo 3DS sales to more than 42.7 million. (Eguchi also lamented how hard it was to get a limited edition New Leaf Nintendo 3DS for his daughter, as the game's popularity lead to hardware and software shortages in Japan upon release.) 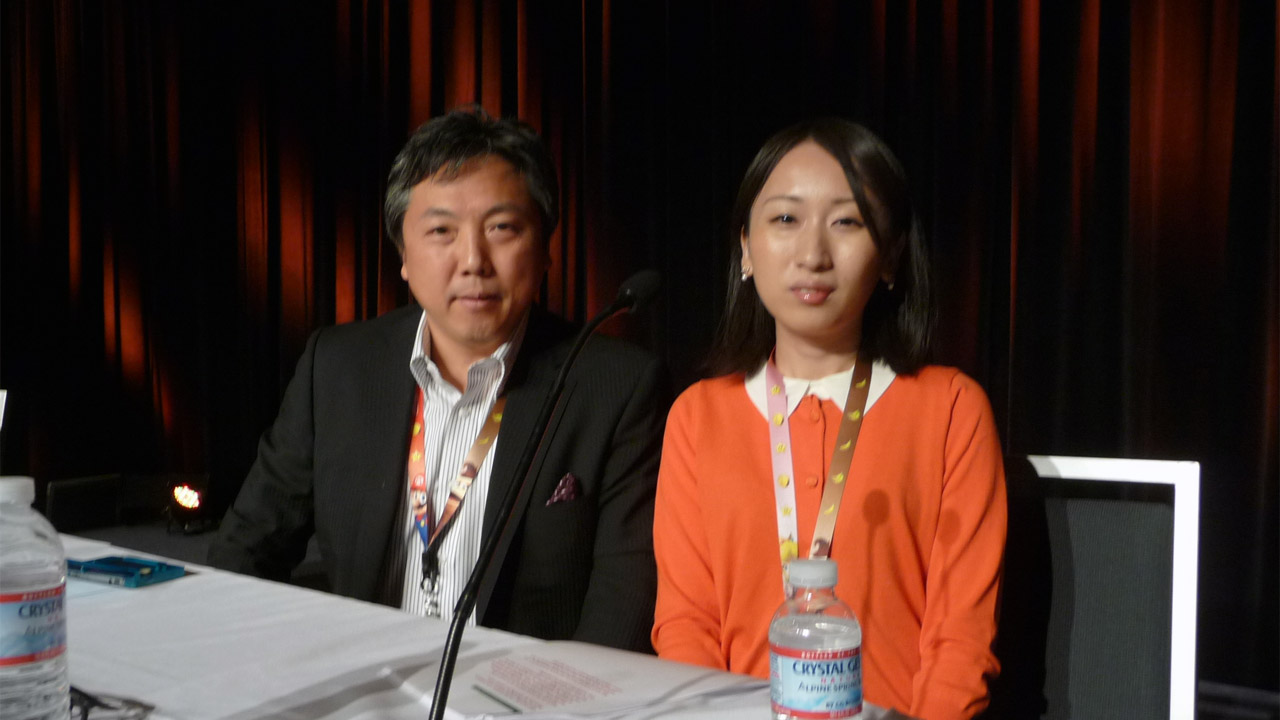 While diversity on the development team was important to New Leaf's wide acceptance and financial success, communication was also an important factor in the design of the fourth Animal Crossing game, Kyogoku said.

"With Animal Crossing: City Folk, it was clear the series had challenges we needed to overcome," she said. They looked closely at series fatigue and long-held gameplay conventions that the team felt reluctant to change after the success of Animal Crossing: Wild World for Nintendo DS. Rather than just adding new animals, new furniture and other new content, Nintendo EAD needed to rethink the core of Animal Crossing and "what players found enjoyment in and kept them coming back for long stretches of time."

That also meant answering a difficult question: What do you do in Animal Crossing?

"Because you can do so much and there isn't a clear goal," she said, "this is a tough question for us to answer, even though we develop the game."

Kyogoku said she sees Animal Crossing as a "communication tool." You talk to animals, talk to other players in the game and talk to other people about your experiences in real life.

"Through shared interest in a video game, an opportunity to speak in real life is [instigated]," she said. Animal Crossing players talk about their experiences, share holidays, give each other presents and visit each other virtually in the game, often bypassing the obstacles that would prevent them from doing the same thing in real life.

"Because Animal Crossing encourages communication, it might have helped the team."

In-game interactions that foster real world conversations were beneficial to New Leaf's development team as well, Kyogoku said. "Our team was told that we didn't have sense of tension that was so common [in the final stages of development]," she said. There was "no 11th hour stress."

"It might have had something to do with the subdued mood in the game," she said. "Because Animal Crossing encourages communication, it might have helped the team." They enjoyed celebrating holidays and birthdays together, and during development they would chat about turnip prices, visit each other's towns when bell payouts were high and leave presents for their hosts.

"If any of you are experiencing stress on your teams," she told the crowd of developers, "I would really be happy if you were to share Animal Crossing: New Leaf with your teams as well."

It was important that that communication carry forward to the social networking world as well, she said, which is why Nintendo EAD added support to share screenshots from New Leaf to services like Tumblr and Twitter. Spreading new seeds of communication, she said, helped make both new players and lapsed Animal Crossing players more aware of New Leaf, well after it launched.

Opening up real world conversation through Animal Crossing was beneficial to the development team in another way. "In addition to openly sharing ideas for features, team members also contributed character, furniture, clothing and other ideas as we progressed through development," Kyogoku said. Team members, not just designers and artists, submitted ideas through simple sketches, many of which were later integrated into the game as objects and animals seen in the final game.

"We opened ourselves up to getting a variety of tastes and ideas," she said, and male and female staffers from a variety of ages participated, really "leverag[ing] the diversity of the team."