Capy Games is aiming to release Super Time Force this summer, while the company's roguelike-like game, Below, could be available to play before E3, co-founder and Capy Games president Nathan Vella told Polygon at Game Developers Conference 2014.

"It's really tough to tell with Q&A and the certification process, but we're really hoping for May or early June," Vella said. "As soon as possible."

Super Time Force was delayed from its Xbox 360 2013 launch in favor of a simultaneous launch for Xbox 360 and Xbox One. Vella said the team is currently working on "jokey voice command stuff," for the Xbox One release in which players could shout at their TV and have characters react to some words, but that the feature isn't guaranteed.

Touching briefly on how the developer worked to solve the game's time paradoxes, Vella said that players who still figure out how to best their rules have earned it.

"I'm pretty sure people are going to find ways to manipulate the system, and if they do, I'll give them high fives," Vella said. "If people can figure it out, they should be able to use that as a tool to be better at the game. If they could find a way to almost game the system that we've handed to them, then that's almost a success for us. That means we've given them the opportunity to play it exactly how they want. Even maybe to the detriment of the difficulty or something."

The developer's other current project, Below, was announced at E3 2013 for Xbox One. The game will feature "brutal but fair" combat, a graphically simple aesthetic and music from singer songwriter Jim Guthrie. Few details on the game have been released since its announcement, though interested players might get their hands on an early version of the game fairly soon.

"People will play [Below] hopefully sooner than E3," Vella said. "If all goes well, people won't have to wait too long." 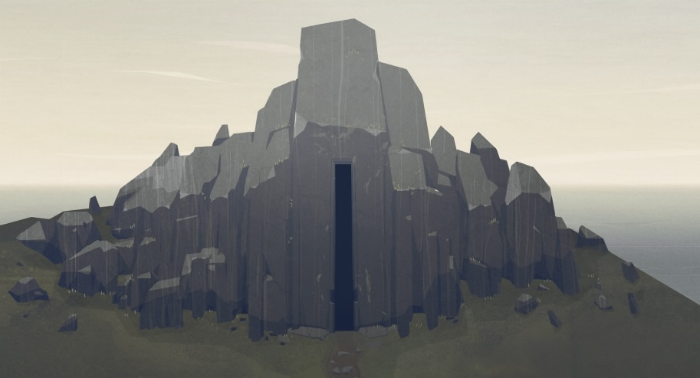 According to Vella, Below is the developer's largest project to date "on every level." It will include Capy's largest feature set, most artwork, longest development time and has been the hardest to design.

"Every layer and every pillar of the game is a challenge of itself," Vella said. "Even something as simple sounding as building a dungeon. That's all done procedurally. The game is figuring out how to build all the islands or all the connections, and all the bridges and all the exits ... Just having all of those pieces come together to create something that the player will even notice that is procedurally generated is extremely challenging."

When asked how far along Below was, Vella said that he has no idea.

"It's really challenging for us to look at it and be like that is at alpha ... right now we're at the point where the foundation is there."

Vella remained tight-lipped about the game's features, saying that more announcements were coming soon. When asked about multiplayer, the details of which have remained cryptic since the game's announcement, the developer had a few things to share.

For more on Super Time Force, keep an eye out for our special episode of Polygon Live with Vella and technical director Kenneth Yeung.