Mickey Mouse, the Sorcerer's Apprentice in Walt Disney's 1940 animated feature Fantasia, famously splashed around in a spectacular of light and color, using what little magic he knew to marry visuals and sound.

This image is exactly what Harmonix is seeking to recreate in its Fantasia: Music Evolved, except with the added underscore of movement and interactivity. At GDC last week, developers were showing new sections of the game, including multiplayer.

Two-player multiplayer gameplay is much the same as single-player. Users stand in front of the camera and use their arms and bodies to match on-screen prompts. The player pulls, swipes and grabs the air in an attempt to both match on-screen events, and shape them. The point is to keep up with the action, and to individually craft the music.

Visual prompts allow players some measure of freedom in delivering their own version of whatever song is being played. Recoded with the London Symphonic Orchestra at Abbey Road Studios, the game includes multiple instrumental versions of each song. 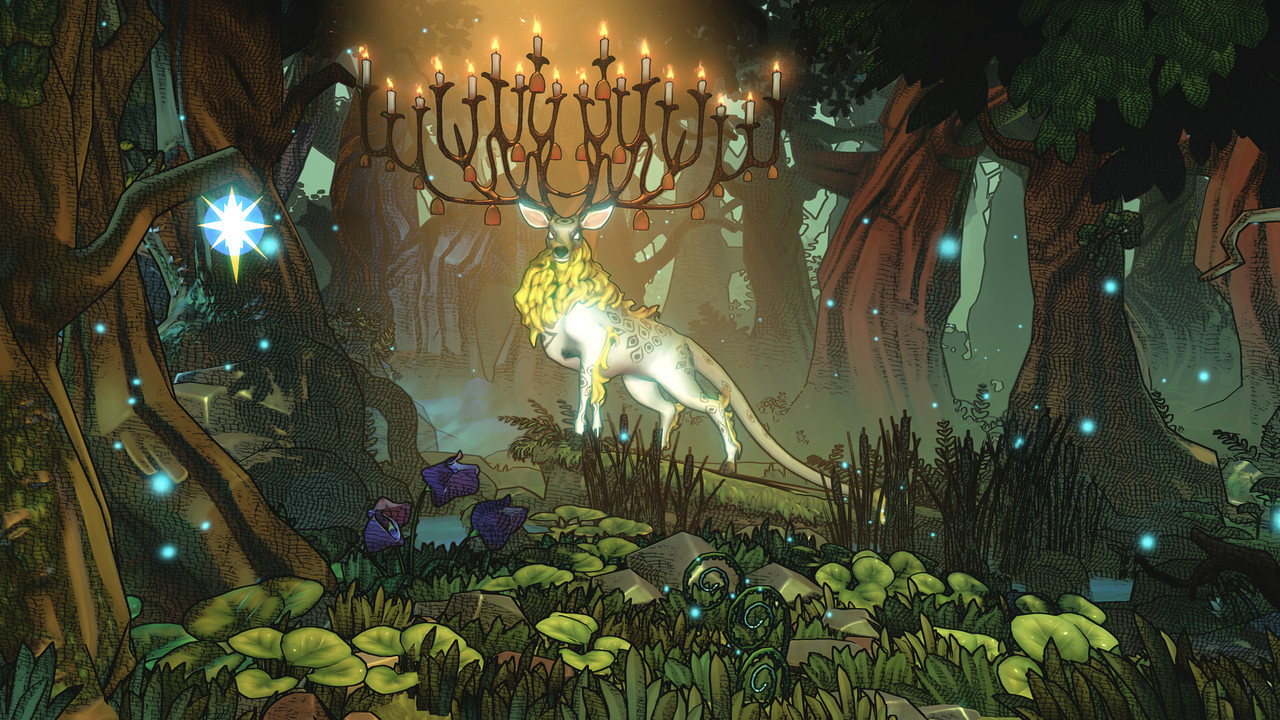 For our demo, Antonin Dvorak's Symphony No. 9 from the New World was being played by two people. One player opted for a late-night jazzy sound dominated by piano and brass, while another picked electronic synths. The players were cooperating to marry their movements to the music and visuals, while seeking to score more points than one another. Together, the score worked harmoniously. No-one can accuse Harmonix of skimping on creating a big, convincing sound for this game.

The final effect is that you, the player, are basically acting like Mickey Mouse, pulling and pushing musical elements like a great conductor. Harmonix has been working with Disney on this project for four years now. Its work has always been to play with the intersection between movement and music, from striking joypad keys according to the beat, to jamming with fake musical instruments, right up to dance sequences.

This latest experiment takes a fantastical notion of music and motion, and creates from it an enchanted adventure that seeks to tune itself into the original vision of Walt Disney. He described his movie as "an adventure in color, sound and motion". This has been the motif of the entire project.

The campaign takes players through various locations, and asks that quests are completed by movement and interactivity. This discovery realm is known as The Hollow, a fairy-tale forest environment filled with flora and fauna that comes alive and offers up musical challenges.

New tracks for the Xbox One and Xbox 360 game, due later this year, have been announced, including David Bowie's "Ziggy Stardust," Lorde's "Royals," Nicki Minaj's "Super Bass" and White Stripes' "Seven Nation Army."