First the choir, then everyone else: GDC needs to incentivize attendance of the advocacy track (correction)

Share All sharing options for: First the choir, then everyone else: GDC needs to incentivize attendance of the advocacy track (correction)

Developers who are more aware of the issues facing women, people of color, LGBT people, people with disabilities and other marginalized groups in the industry are better able to take those issues into account creatively. GDC is filled with talks, panels and lectures that can help that process along, but the trick is to get the people inside.

Which is why the organizers of the show, if not the people who run the studios themselves, should be encouraged to incentivize attendance at these talks. You can't fix a problem if you don't know it exists, and you can't learn if you stay inside the bubble of the mainstream development community. GDC is a big show, but it's important that people visit both sides of the game development community.

A Tale of Two GDCs

That's not hyperbole, GDC can often feel like two shows. There was the GDC of the advocacy track — which centered on the ways we can make gaming a more inclusive space for more people, including women, people of color, people with disabilities, queer people, etc. This was a place that felt warm, welcoming, and positive.

There are two sides of this coin: The advocacy track helped those who often don't have a voice in gaming to speak up, and it gave a place for those who are used to running the industry to listen.

And then there was the "other" GDC, which felt like business as usual. The focus was on game development, this is literally the Game Developer's Conference, after all, but there was no shortage of precisely those things that the advocacy track, well, advocates against — sexist language, classist and ableist attitudes, and a general sense that there's nothing wrong with a world of white, middle class men making games squarely aimed at boys and men.

The advocacy talks put the spotlight on people who spoke directly about their experiences in the game industry. Brenda Romero spoke bluntly about sexual harassment and victim blaming. Matt Conn, the founder and CEO of GaymerX, relayed his personal experiences on sexuality and "being treated like shit" for being a queer geek in a mini-talk at Lost Levels during GDC. It was hard not to see and hear the need for change — as long as you were listening. 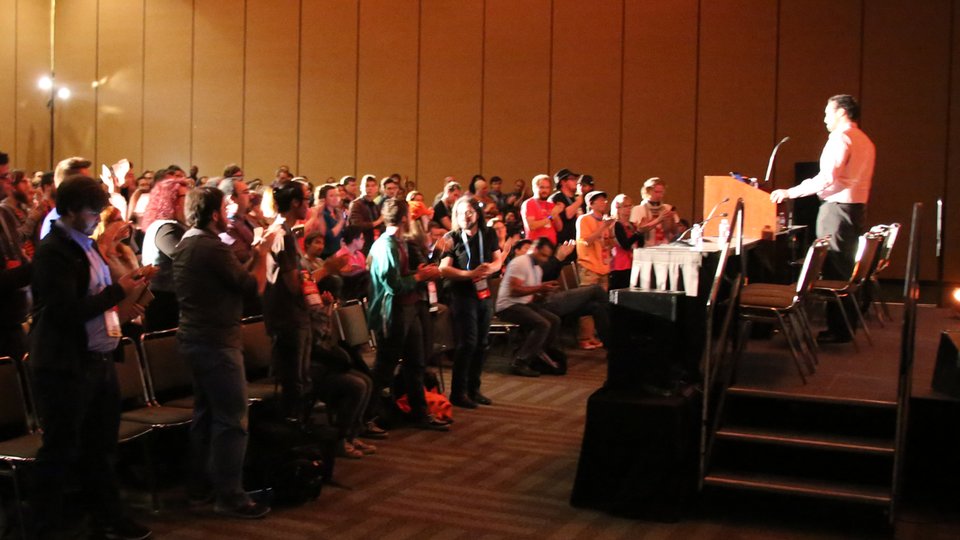 This divide is indicative of the industry as a whole right now. Gaming is in a weird place — there are voices calling for change, backlash against the "social justice warriors" who are trying to fix the issues, and a larger culture that isn't even aware of the problems at hand. The problem is that these often warring aspects of gaming culture don't talk to each other, and they rarely listen. GDC gives attendees the rare ability to do just that, you just need to take advantage of the offerings.

I went to panels that explained exactly how sexism is damaging to studio culture, and then attended talks where the speaker assumed everyone on the development team — as well as any player of their game — would be male. I watched a talk that gave clear, black and white tips on making a game more accessible for people with hearing impairments — and then watched a panel where the speaker assumed that you need to wear a tie not to look like "a crazy person."

There were so many important lessons and so much knowledge being shared in the advocacy talks. But with many of the sessions, I strongly suspect that the people who were there were already a self-selected group — the people who care about, say, issues facing women in the industry are likely to already be onboard with the lessons on hand. The folks who need to be exposed to this information were likely elsewhere, and they too were having their ingrained view points repeated back to them.

Checking out a short talk about, say, queer representation in games would be an easy, painless way to expose someone to a whole world of advocacy, and it could be exactly the kind of awareness builder that the industry needs. The problem is that the people who need to hear this are unlikely to show up.

Tempering the message and making it more palatable for a skittish audience isn't the answer, the onus isn't on the speaker or minority group to become attractive to the attention of privileged game developers, but to make sure that the people who could benefit from hearing about game design from another point of view are at least exposed to different voices.

And all of this would directly benefit players — developers who are aware and mindful about the ways their games impact people are more likely to build experiences that reflect that awareness. But that isn't happening right now, at least not on a scale that would be helpful.

This awareness would directly benefit players

There's a really easy way to fix that: Make sure all attendees have some kind of exposure to the advocacy work being done in this industry.

Much of what's on offer in the advocacy track is very basic, 101-level and accessible. There are very intelligent people with a lifetime of experience giving easy-to-follow lessons about how to make studio culture more open and diverse, how to make games more accessible to people with disabilities, how to create queer characters that will welcome — and not openly offend — members of the LGBT community. There was no shortage of programming on women in the industry, with Elizabeth Sampat's Women Don't Want to Work in Games (And Other Myths), the #1ReasonToBe panel, which included Dierdra "Squinky" Kiai's incredible, impassioned speech about belonging in the game industry, and much, much more. 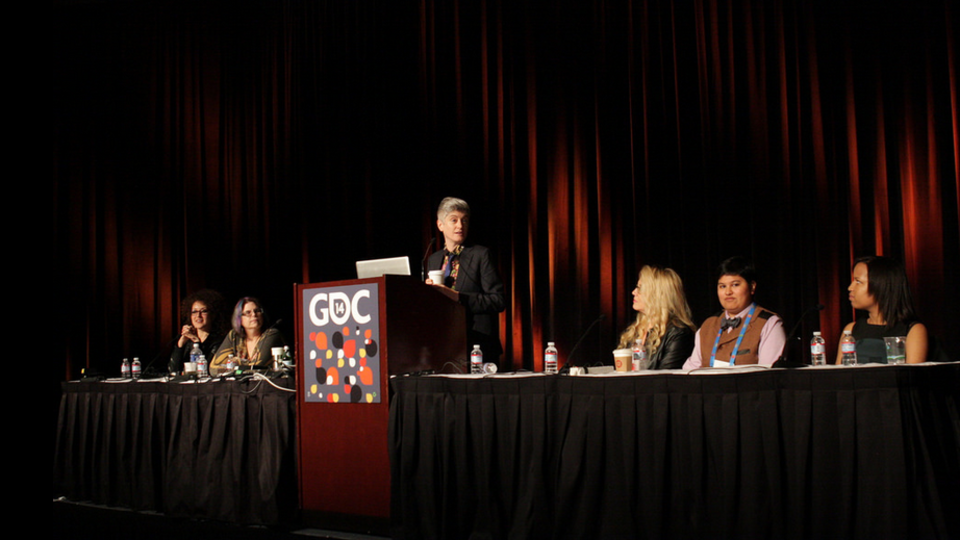 I attended one panel that was a perfect example — Ian Hamilton gave a 30-minute talk on accessibility and designing games for people with disabilities. His main thesis was that it really doesn't take a ton of work to make games more accessible to a wider array of people — including those with hearing or vision impairments. He made the case that it's not only the right thing to do, but there's also a very clear business case to it.

Making a game more accessible immediately leads to sales and even brand loyalty from an entire group of people. And Hamilton explained in very clear terms that when developers have accessibility in mind from early on in development, there is very little work involved. This is exactly the kind of talk that many developers would have gotten a great deal out of — but the session was, unfortunately, poorly attended.

I know it's difficult to expect everyone to watch any given talk, but there are simple ways to at least incentivize developers to encourage their employees to attend more advocacy programming. Perhaps GDC could offer a small discount to developers who pledge to send each employee to at least three advocacy talks throughout the week — and then actually make good on that with internal reporting. It could be helpful for studio heads to encourage the staff to attend talks on the advocacy tracks.

You can't make someone listen, and this sort of incentive won't change everyone's mind. But if the show itself, aided by systemic encouragement from major studios, offered even token incentives to learn about diversity it could go a long way towards making people receptive to learning more about the gaming community.

Preaching to the choir is a great way to make sure people don't feel alone, but change requires that message to go out to the streets as well.

Correction: The Game Developers Conference reached out to note that attendance was incentivized by giving attendees with Expo passes, which would normally limit attendance to the show floor, access to the talks.