Luftrausers has a strong pull.

You'd be forgiven for feeling a bit of retro-fatigue looking at developer Vlambeer's latest game, Luftrausers.

With a color palette straight from the Game Boy Color and rumbly chipset sound effects, Luftrausers could be another game stuck in the past, content to mine your nostalgia rather than subvert your expectations. But Luftrausers isn't that — in fact, its genre-smashing design and tricky controls help keep it aloft even as it sputters in its efforts to be the next successor to 80s and 90s arcade shooters.

Luftrausers is the latest game to pick a visual identity out of the past, sitting somewhere even earlier than the 8-bit era so many indie titles liberate their aesthetic from. On the surface, it looks like a game for the Atari or Spectrum, all blocky monochromatic planes and rough-looking ships. It cheats here though, with some very fluid animation lending a sense of motion and life beyond its inspiration, and there are little touches that break that spell in fun ways — my favorite being the nuke that gracefully explodes in an animated skull-wipe. 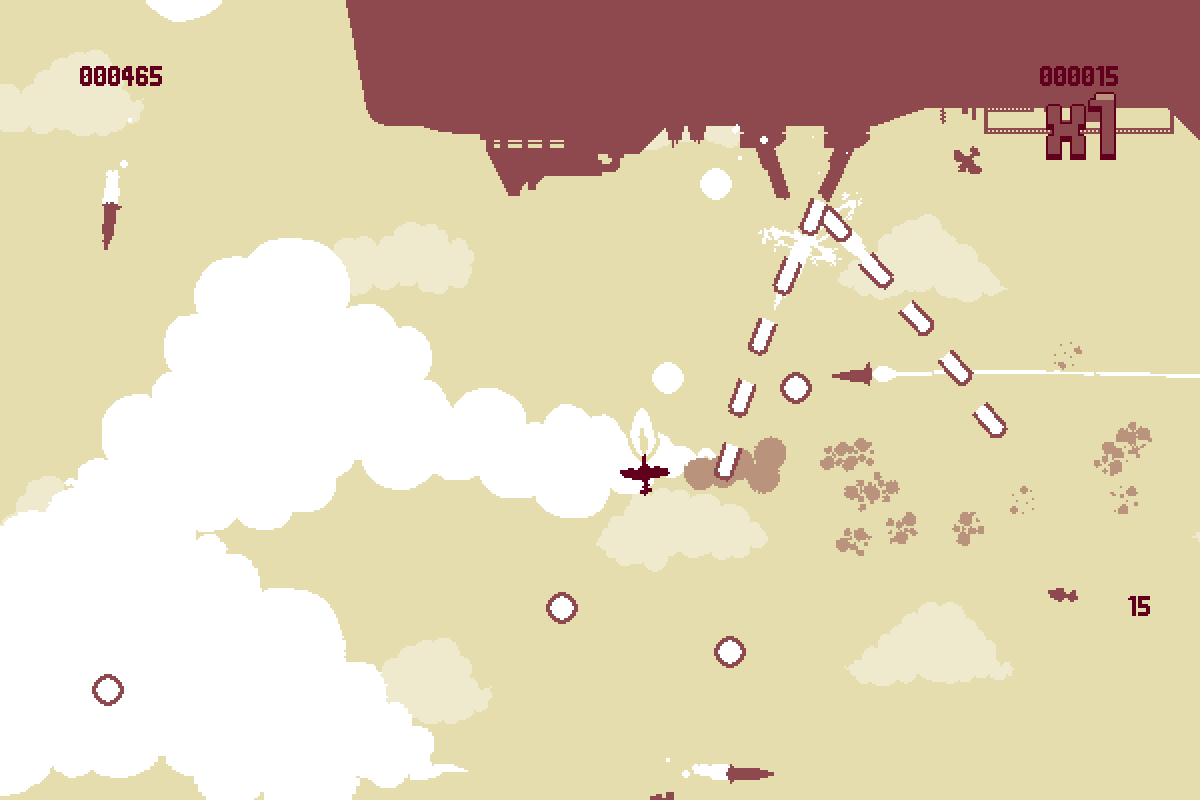 The way it looks might make you think Luftrausers is a pretty straightforward shooter, but this isn't so. Instead of directly moving your 'rauser with the analog stick, you rotate it right or left and press up to move in the direction you're pointing. Meanwhile, you're subject to some fairly harsh physics that necessitate constant navigational vigilance, to say nothing of the planes and bullets that might be whizzing by you at any given moment.

The result is something more gymnastic than aeronautic — there was a real sensation of momentum as I hurled myself through the air, twisting to shoot without triggering the engine. One of Luftrauser's most challenging elements is controlling your movement while shooting, and managing to thread in and out of enemy fire while successfully attacking was more satisfying for it.

Luftrausers is more gymnastic than aeronautic

Taking this solid mechanical foundation, Luftrausers quickly iterates on the idea of the high score hunt. Killing enemies adds to your multiplier up to 20x, but you have to keep destroying enemy craft to keep the multiplier active. Meanwhile, your ship can only take so much damage, and to heal it, you have to stop firing. This creates a constant juggling act between risk and safety.

This is supported by Luftrausers' challenge system. Between levels, the game will give you objectives beyond new high scores. Maybe you'll have to kill five aces, or destroy two boats in one game or fall from the sky without firing for a set amount of time. These challenges unlock even more challenges, but more importantly, they also provide new parts for your ship. 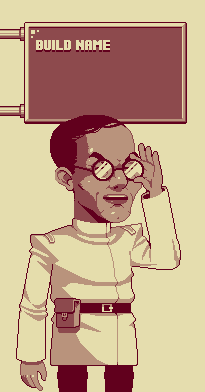 Your 'rauser is composed of three parts — a weapon, a body and an engine. Luftrausers quickly coughed up a variety of specialized and seemingly esoteric tools that, when combined in various ways, lead to some very different play experiences.

Luftrausers tumbles somewhat as it tries to navigate its quirky leveling and challenge system and the demands of score-chase arcade design. Put more simply, there doesn't always feel like there's enough to do. Some games I was frantically managing a deluge of planes and rockets erupting from the water, all while avoiding the artillery fire of battleships below. Others I flew through the skies, waiting for something more interesting to shoot at than a boat.

Frustration kicked in as Luftrausers alternated between these states in the same game, which can make maintaining a multiplier and building high scores infuriating, rather than exciting. This inconsistency does have a positive side effect: I felt compelled to switch up my ship's configuration regularly in my attempts to anticipate fickle enemy onslaughts, which is further shoved along by the challenge system.

This isn't a backhanded compliment — Luftrausers' efforts to push me out of my comfort zone introduced me to wild combinations of parts that made for very different gameplay. I never would have tried the nuke body if not for my efforts to clear a pair of battleships at once, for example, and it makes taking out a blimp as simple as dying near it.

Luftrausers also captures a great sense of iterative-experimentation. I would usually settle on a design I liked — say, the melee body, which let me crash through other ships without damage, paired with the shotgun-like spread shot cannon and the "gun-gine," which propelled me with bullets. But every design eventually finds a sort of ceiling. I got tired of dying so quickly, as the melee body is weaker to weapons fire, so I replaced it with the heavy body, which can take more. I used that for a while, and decided I wasn't moving fast enough, so I switched to the boost engine, which rockets you along but doesn't turn so well.

There's a great sense of give and take

There's a great sense of give and take with the different ship types that still allowed me to build to my preference, and in this regard Luftrausers communicates beautifully. You always have at least an inkling of what you're getting into. I just wish Vlambeer was more clear about the minutiae that drives the game's single arena. Example: I avoided battleships generally, since they take an inordinate amount of time to kill and I didn't want to run down my combo meter or, you know, die. But blimps won't appear until you kill two battleships, and further progress is locked behind killing a blimp.

I only found this out talking to a coworker who was also playing the game. I have no idea how he figured it out.

Luftrausers has a strong pull

Luftrausers' opacity can be a source of annoyance, but after 20 hours, I can't say it's discouraged me from leaping right back into the skies after my latest in-game death. I'd like to have been shown more of what makes it tick, but Luftrausers has a fun-enough gymnastics routine to keep it in the back of my mind as I go for an even higher score.