Escape Goat 2 made me feel brilliant.

This 2D puzzle platformer from MagicalTimeBean accomplished a near-impossible task — it put me in a sort of Zen state for the entirety of my playthrough. It threw me into a series of rooms, each more devious than the last, and gave me one simple task — find my way out. With no need for handholding thanks to excellent level design, Escape Goat 2 offers a consistent challenge and a sense of playfulness that carries the game.

In Escape Goat 2, you play as the titular purple goat that needs to escape from a series of single-screen stages — each a self-contained puzzle. There's a story about saving the souls of sheep from a mythical tower, but it's not really the main draw here. The game eschews heavy story elements for a singular focus on its theme — all you ever need to do is find your way out of the room you're in. 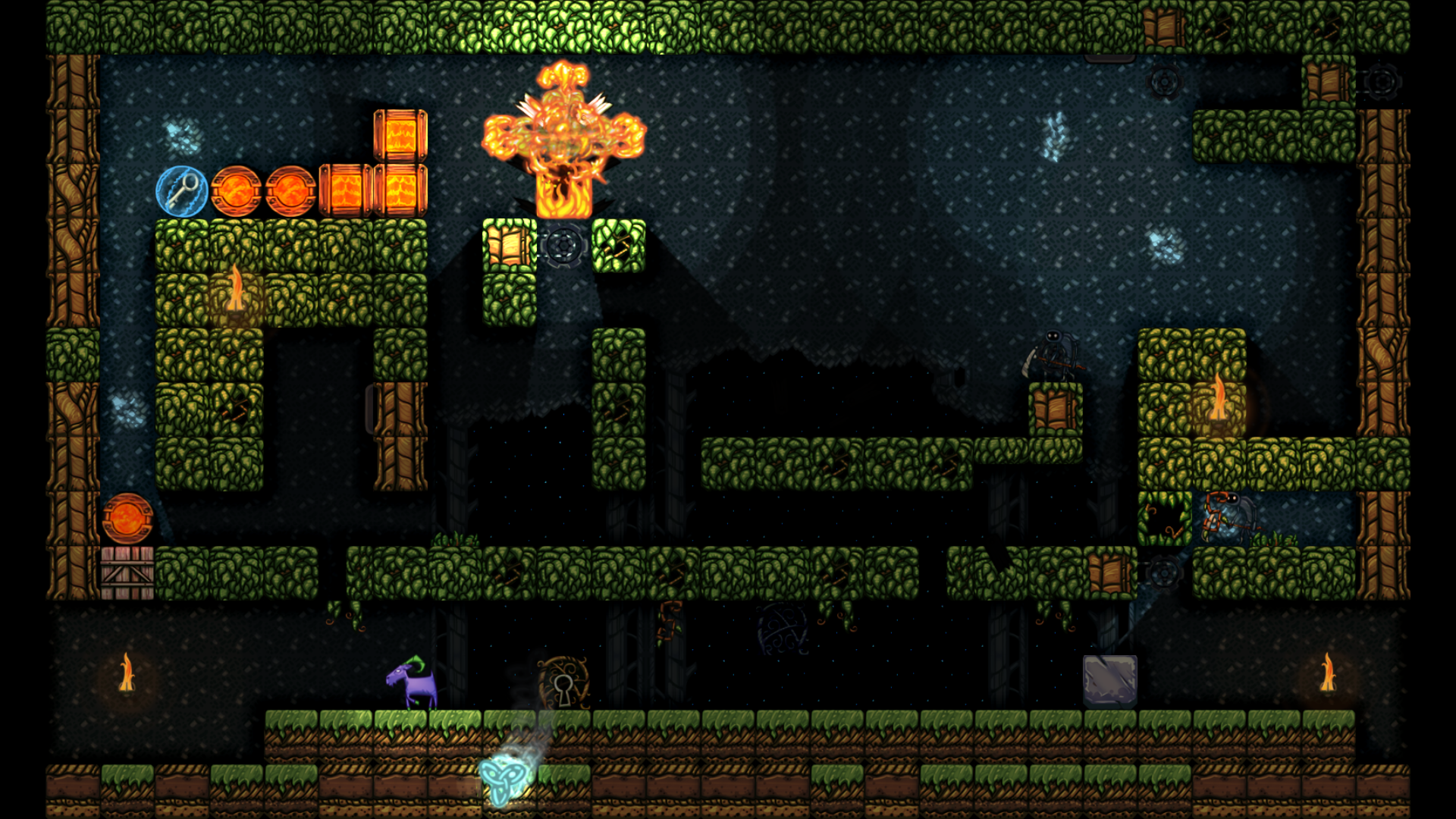 As a goat, your options are limited. You can double jump, ram into objects and send a rodent "helper" crawling along walls. Some stages give you additional power-ups — the ability to swap places with your rat buddy, or turn it into a solid block on command. But that's it; your ability to think quickly and master this toolset is the only thing keeping you from eternal entrapment. It's a simple formula that works well, backed up by smart level design.

It's a simple formula that works well

Stages are filled with obstacles and devious architecture that sometimes killed me dozens of times until I stumbled onto the solution. I avoided flame-slinging reapers, bottomless pits and lethal electric wires while climbing walls and hitting split-second jumps. In one memorable section I used the environment to lure a giant, skeletal snake creature toward a series of keys. The game introduces new features gradually, adding to your list of nightmares one by one until levels begin to resemble comical gauntlets. I always looked forward to seeing what Escape Goat 2 would throw at me next and unraveling how to survive it.

Escape Goat 2's level design balances the need for serious platforming chops and deeper, more contemplative thinking. Some stages veer toward one end of the scale — there are levels that are easy to figure out a path through but require split-second timing and serious platforming. Others are slower-paced, but far more intellectually challenging — with multiple switches or complex architecture. That mix kept things fresh and interesting throughout as I made my way through the tower. 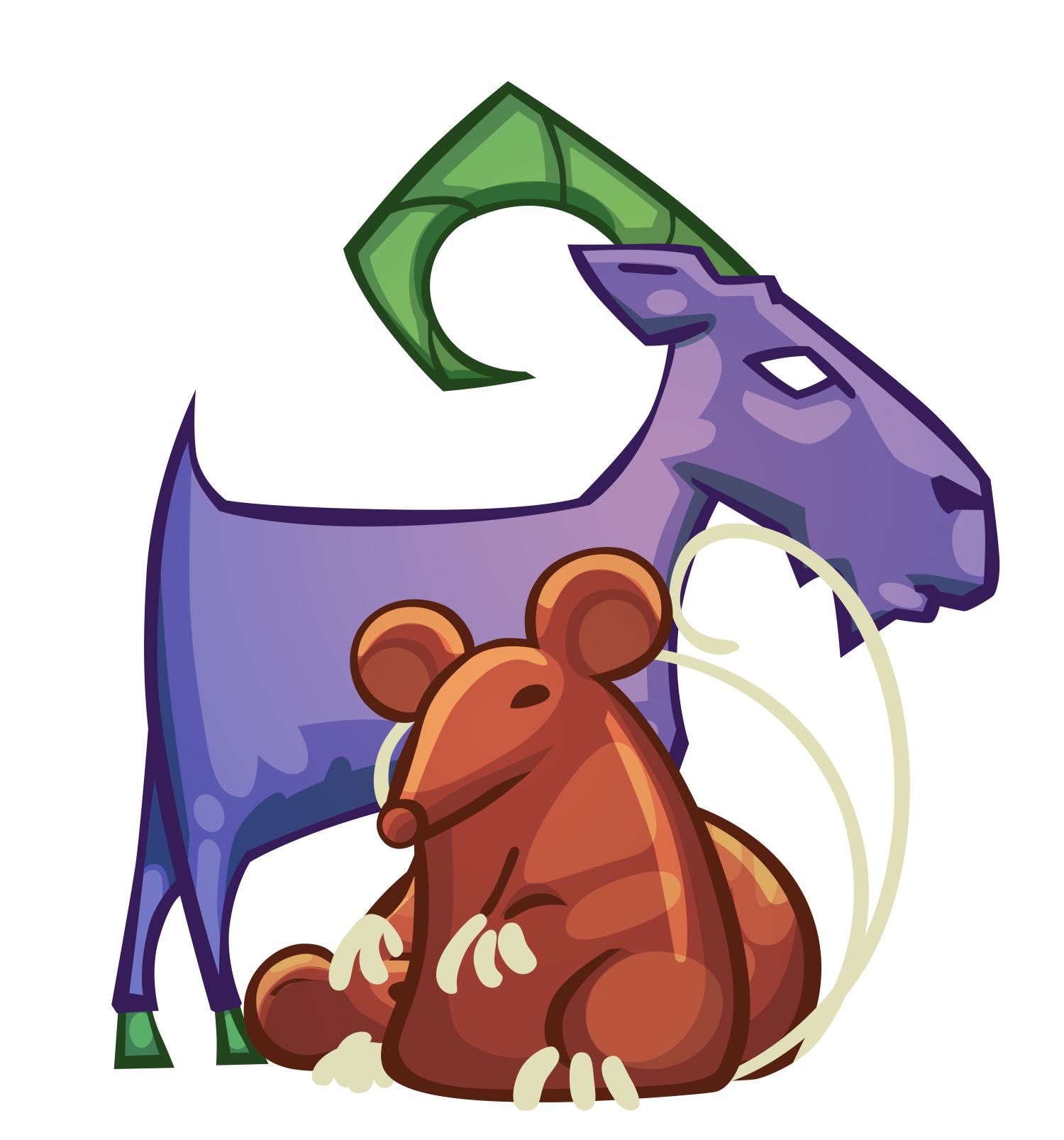 The best part of Escape Goat 2 is an intangible — the design becomes invisible, with solutions that manifested organically as I experimented. I would often appear in a room with no idea how to solve it. Bit by bit, I would try new things, like flinging the rat at a new kind of wall, to see if it would take. The game always gave me instant feedback for every little experiment — rewarding my efforts, or letting me know I was on the wrong track. Every step I took got me closer to the eventual solution. This was a huge part of why the game made me feel smart.

Escape Goat 2 encourages this kind of experimentation, with quick loads after every death or failure. This goes a long way in establishing the game's sense of flow: die, reload, try something new, succeed. I always felt like I was making progress, and I never felt punished by the exacting design. Instead, I was motivated to keep going and excited by every success.

The entire time I was playing Escape Goat 2, I was talking to myself. "What if I tryâ¦" I would muse, as I launched my goat into thin air. "Oh, I get it!" And when I eventually worked out the solution to a room and hit the exit, I was practically high-fiving myself. It feels like the product of painstaking, iterative design, and that hard work paid off. Escape Goat 2 made me feel like some kind of genius — and I loved it for that.