Share All sharing options for: Hanakai Studio's Prodigy uses NFC to marry the real with the digital

Prodigy, the tactical role-playing game from veteran figurine maker Jean Bey's Hanakai Studio, is aiming to seamlessly blend the digital with the real. The game is a blend of tabletop and video games, utilizing a peripheral on which players move objects to make the action happen on screen.

"There is a real link between real objects and virtual things," Bey told Polygon.

Prodigy uses near field communication to allow players to interact with an on-screen world. Play begins by placing a ring of power — an actual ring players can wear that utilizes NFC — on the game's board, a flat white back-lit peripheral that is plugged into the PC. The Ring will have a unique ID for every player and waving it over the board will begin their game.

The board itself is an interesting piece of hardware. Bey said it can be used not just with Windows PC – the demo we were working with — but with consoles, if the game is ported. But even if Prodigy were ported to hardware with touchscreens, say a 3DS or the Wii U, it would still need this unique peripheral to function.

"You need this board to play," Bey said. "It doesn't exist anywhere else. We've been working on it for a long time — it's very intuitive, easy, responsible. It's a very complicated board, and it seems very simple but it tracks everything you do. 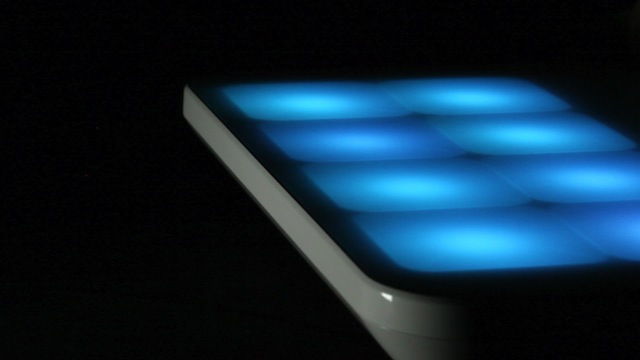 From there players can place character figurines and cards on the board during their turns. Figurines represent in-game characters that will carry out attacks, while cards represent the actions players can take. These actions include basic physical attacks, magic attacks and healing spells. After every turn, players collect Mana Power, which will allow them to execute more powerful attacks and combine cards for different effects, like draining an enemy's health or bolstering defense. In total, players will have eight different cards to combine: Attack, Defense, Power, Time, Will, Mind, Focus and Flow, each one bringing its own unique property to the board.

Players can have up to seven figurines in play on each side, making the game feel akin to a chess match. Each character also has its own set of unique abilities, such as draining life forces and using a dark shadowy entity to attack for them, as well as his or her own storyline. They can also level up as in typical RPGs, building up power through battle for more effective attacks.

Bey also noted that if players break their miniatures, all information within them is stored in a chip — players will be able to get their figurines repaired from Hanakai and still keep all of their character data. Hanakai will launch Prodigy with 17 different characters and will continue to roll them out post-launch.

In a hands-on demo of the game, we placed Toboro — a giant tree-like creature called a Guardian — on the board and immediately launched an attack by setting down an Attack card. On the screen we could see our opponent's two character positions on a four-by-three square grid — her characters were in matching positions on her own accompanying game board. Toboro's attack would go in a straight line, meaning anyone in line with Toboro on my opponent's side would be hit by the attack. Some attacks, Bey noted, have a "T" formation and will hit enemies in a wider field.

Editor markup for Prodigy gallery. This is only visible in the story editor.

The area of attack was indicated both on screen and on my board. On my board, when my opponent was preparing to attack, the squares that her attack would reach would light up red. On the screen, when I attacked, the squares my attack would hit were lit up blue. This is how the game indicates to each player which characters are in the line of fire, allowing them to plan ahead their next moves based on who has been hurt. Figurines positions can be moved at any time during a player's attacking turn, which will immediately change what spaces on the opponent's grid are open for attack.

Prodigy will have a single-player campaign in which players can use three or more figurines, while two players can go head-to-head in versus mode or team up for a multiplayer campaign. Bey said players will have the opportunity to use their entire collection as they play; of the seven characters available on the board, players can swap them out for new ones at any time during gameplay.

"What can I do to create something more magical?"

Bey said his idea to make Prodigy came from his desire to marry his veteran work on board games and figurines with the burgeoning accessibility of video games.

"I'm coming from the board game market and I specialize in doing story and miniatures," Bey said. "I wanted to create something really different and really push the limit with miniatures. I thought, what can I do to create something more magical? How can I use this for a gaming experience?"

Bey said RPGs are a genre dear to him and one he still frequently indulges in. Most recently he has been playing Silicon Studio's Bravely Default, a 3DS title and spiritual successor to Final Fantasy: The Four Heroes of Light. For Bey, the same kind of tactical RPG was perfect for his physical-meets-digital game.

Prodigy is running on Unreal Engine 4, a decision Bey said was made "with an eye to the future" in terms of platforms. For now, Hanakai is focusing on launching the game for Windows PC, with more details coming at a later date. Hanaki is also currently planning to launch a Kickstarter campaign for Prodigy on April 2, when it will share more details on the storyline for the title.

Daredevil’s been born again as a Marvel nice guy — but can he be serious in the MCU?