Virtual reality fans should thank Facebook, at least for now

I joked about investing in Oculus after my first demo of the hardware at QuakeCon in 2012. John Carmack was showing the prototype to the press in a private suite. He explained that the creator of the hardware was at the show and then I found myself at dinner with founder Palmer Luckey and Nate Mitchell, VP of product.

We talked about all things virtual reality, including funding. It was already clear they wouldn't remain a small company for long.

I can’t ethically invest in companies I cover, but I knew this was a billion dollar company. The only surprising aspect of the $2 billion acquisition was that Facebook was the company to write the check.

We need to talk about Mark

The backlash from fans has been vicious, but expected. No one likes Facebook; it’s the site your parents use to comment on baby pictures. There are privacy concerns. The ads are terrible. The list goes on.

On the other hand, we don’t know what Facebook's plans are for this technology, and you don’t buy a donkey if you want to get in the horse business. It seems unlikely that Oculus will be forced to change in any major way in the short to medium term, and Luckey stressed multiple times in our interview yesterday that things would remain the same.

Developers and fans already openly discuss topics like interactive video and VR meeting software, the move into non-gaming applications isn't surprising for anyone, nor should it be treated as such. The community is simply unhappy with that idea that Facebook may control that future.

This is why I don’t care about Facebook (for now)

The $2 billion acquisition is going to drive the adoption of virtual reality, and that’s the goal of virtual reality enthusiasts. We want virtual worlds on affordable, high-quality hardware. Facebook is going to make that happen, and the heads of Oculus have already stated in strong terms that the retail kit will become better, and less expensive, due to the involvement and funding of Facebook.

This opens the door to custom displays, better optics and technology that’s much better than the off-the-shelf phone hardware that Oculus has been using to cobble together their prototypes. That’s the first, immediate outcome of this deal: The retail Oculus Rift kit is going to get better and cheaper.

Improved hardware is only part of this new landscape. Everyone remembers when Google powered search, and began to spread its influence. Now Google is search, it’s data, it’s an ad network and it controls the most popular smart phone OS in the world. They started in search, and Google now has a stranglehold on the future.

The tech world is filled with these stories: Apple used to be a company that sold desk top computers before taking over the music, tablet and arguably the smart phone worlds. It’s no longer wise to laugh when a company as powerful as Facebook begins to move into an area that may not immediately make sense in relation to its current business.

History has taught us these moves are what build empires, and Zuckerberg is in the empire-building business. If he sees virtual reality as the future, and a $2 billion investment in the best virtual reality company in the world suggests he does, then everyone else in tech is forced to also believe that virtual reality is the future.

Everyone else who wants to own that future is now forced to take virtual reality seriously. There isn’t a tech company in the world that’s willing to roll over and cede control of an entire platform to Facebook, especially if it looks like virtual reality may become a common way to interact with games, movies and other entertainment and social content.

Sony is already in the game with strong hardware, and Microsoft is likely fast-tracking their own virtual reality experiments to make sure they have a product that is ready to go if this market takes off.

Microsoft released the Surface after Apple and Android products already had the tablet market locked down, and I don’t think they’ll make the same mistake twice. Facebook's involvement means that anyone who wants to own your living room may need to join the fight for VR, which means more products from more companies.

Choice and competition keeps price down and drives innovation. Multiple, well-funded companies fighting over the future of virtual reality is a great way to build a strong ecosystem, and it will go a long way to drawing developers into creating virtual reality content. There will likely be a few competing standards, but think of it like the differences between PlayStation 4 and the Xbox One.

Yes, they’re both different technologies and offer walled gardens, but they share more content than not. Expect a similar strategy when it comes to competing virtual reality technology.

How this could go bad

There are risks here, and they’re worth discussing. The Oculus Rift is exciting because it’s an open peripheral. Anyone can start creating games, demos or experiences for the hardware and release them for free. The independent development community has released hundreds, if not thousands, of programs that run on the Rift, and many of them are amazing. 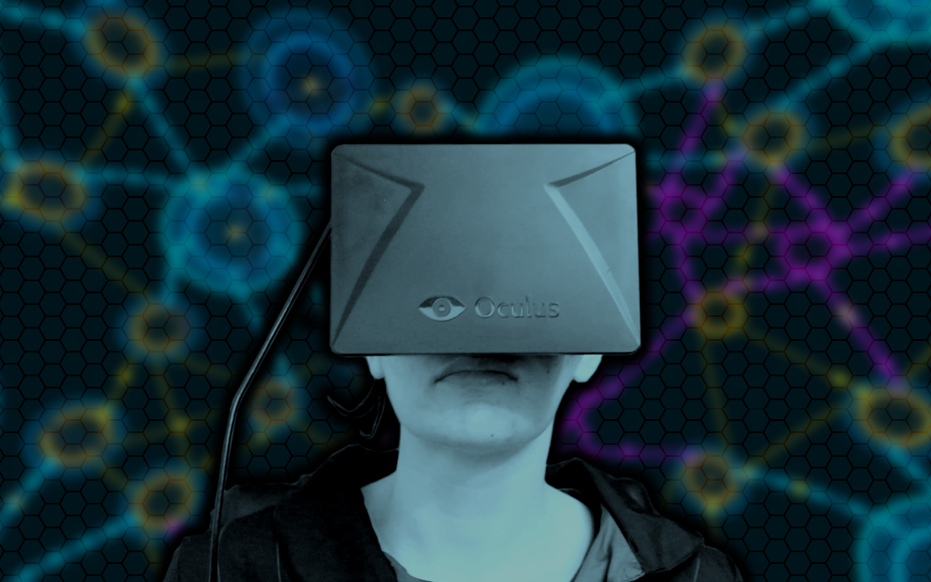 The future we want will only happen if the Rift remains open. They can’t lock it off, they can’t wall the garden and they can’t create an ecosystem where they control what content does and doesn’t run on the hardware. We don’t want a headset that requires a closed app store to run games, we want something that’s open to everyone, and I’m not sure if that’s in the best long-term interests of Facebook.

We know that both companies are willing to sell the hardware at cost, and Facebook needs to find a return on investment somewhere. The piper must be paid, and I can think of few ways that will happen that will benefit the end user.

The door is opened for competition

This isn’t all doom and gloom, though. The Facebook deal creates an opportunity space for competing hardware, and if the Rift is locked down that gives other products the ability to launch with a more open solution and capture the enthusiast market. Now that Facebook is involved it’s going to be much easier for other companies to push their VR agenda, or for smaller companies to find funding. Virtual reality as a platform will be pushed forward rapidly, and that’s what long-term fans of virtual reality have been praying for.

The negative reaction to this acquisition has everything to do with the reputation of Facebook as a whole, and absolutely nothing to do with any facts about the situation, most of which are unknown.

Virtual reality becomes something people are willing to invest in, which will draw developers

It’s hard to look towards the far-flung future, but it’s easy to see what this does for VR in the next two years: The retail Rift hardware will be released for a cheaper than expected price, offering better hardware. Virtual reality becomes something people are willing to invest in, which will draw developers and competing hardware.

The Rift is likely to launch as a pure gaming device, because that’s what will move hardware and it’s what the company is good at. Any branching into other uses will happen once the hardware has sold in large numbers and people are comfortable with the technology. By that time, there will likely be competing hardware on the market.

It’s okay to be skeptical, but this is all good news for virtual reality in the next 24 months. We’ll see what happens when Facebook begins to flex its muscles to turn the Rift into a scalable, monetized platform, but the immediate effects are all positive for the virtual reality community.

As for the future? Let’s wait until we have a reason to become angry before picking up our torches and pitchforks. This is our moment.