The studio worked in tandem with figure maker Gaming Heads to create statues that are intended as collector's items. "We've been working with them for a long time to ensure that everything from the color to the facial expression was perfect. We are extremely happy with the final product and it has our seal of approval," reads a blog post from Insomniac.

Both statues feature Ratchet striking the same pose he held on the cover of the original Ratchet & Clank from 2002: holding the Devastator, a rocket launcher, aloft with Clank strapped to his back. At 15 inches tall, the figures are 1/6-scale statues. The standard statue is made of poly-stone that is finished and painted by hand; it costs $199.99, and Gaming Heads is only producing 750 units. The company is also making a $209.99 version of the statue with a bronze finish; only 350 of that figure will be produced.

The statues will be individually numbered on the base, and each will come with a certificate of authenticity, so collectors will be able to purchase the same model number for future statues in Gaming Heads' PlayStation All Stars line. (The Ratchet & Clank figures are the second set; the PlayStation All Stars series began with Jak & Daxter.)

Interested parties can see images of both the standard and bronzed statues below, and pre-order them on the Gaming Heads website. The statues will be available in the fourth quarter of 2014. 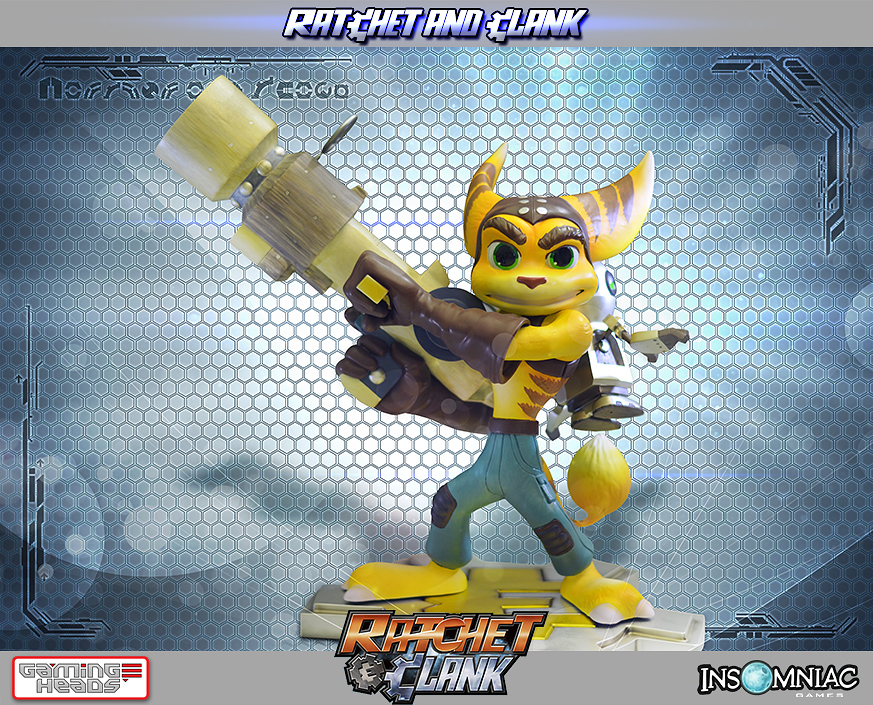 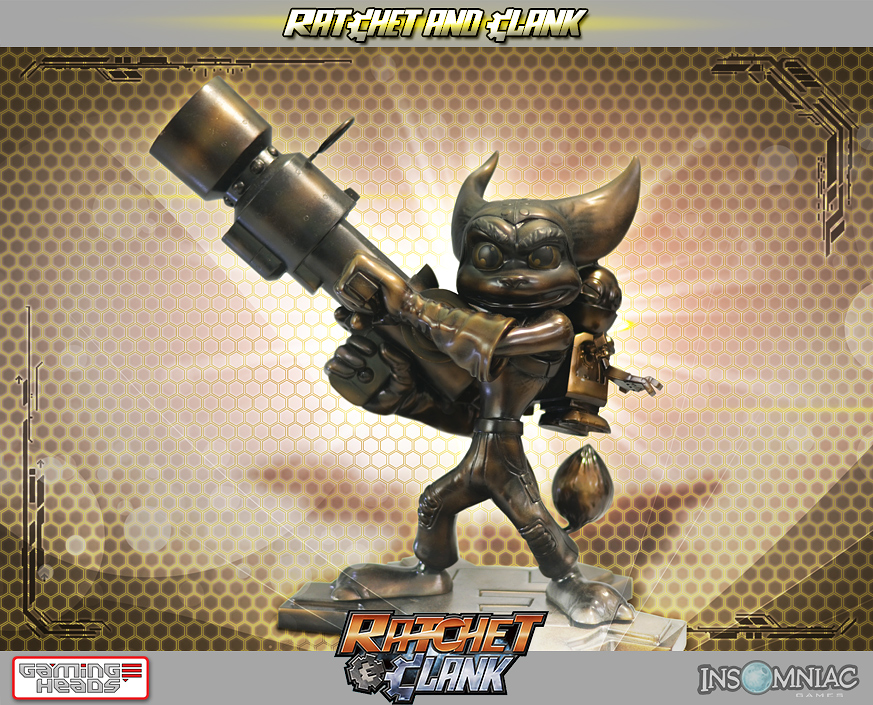