We played through a dungeon in Pirate World, with four players working together, each rotating between three minifigures at a time. The minifigures on display were based on traditional Lego concepts, such as a socialite and a construction worker, rather than specific crossover licenses as you often see in Lego games. And the figures split into three types: defenders, strikers and builders.

In practice, this meant a lot of running around, clicking on enemies to attack and occasionally combining attacks or building up structures. At the end of the dungeon, our team faced off against Crikey the Kraken — a cartoony take on a boss fight that felt playful and fun, rather than intense or scary.

With approximately 100 figures planned for launch, Funcom reps say they expect players to focus on collecting characters and fan service rather than elaborate combat. 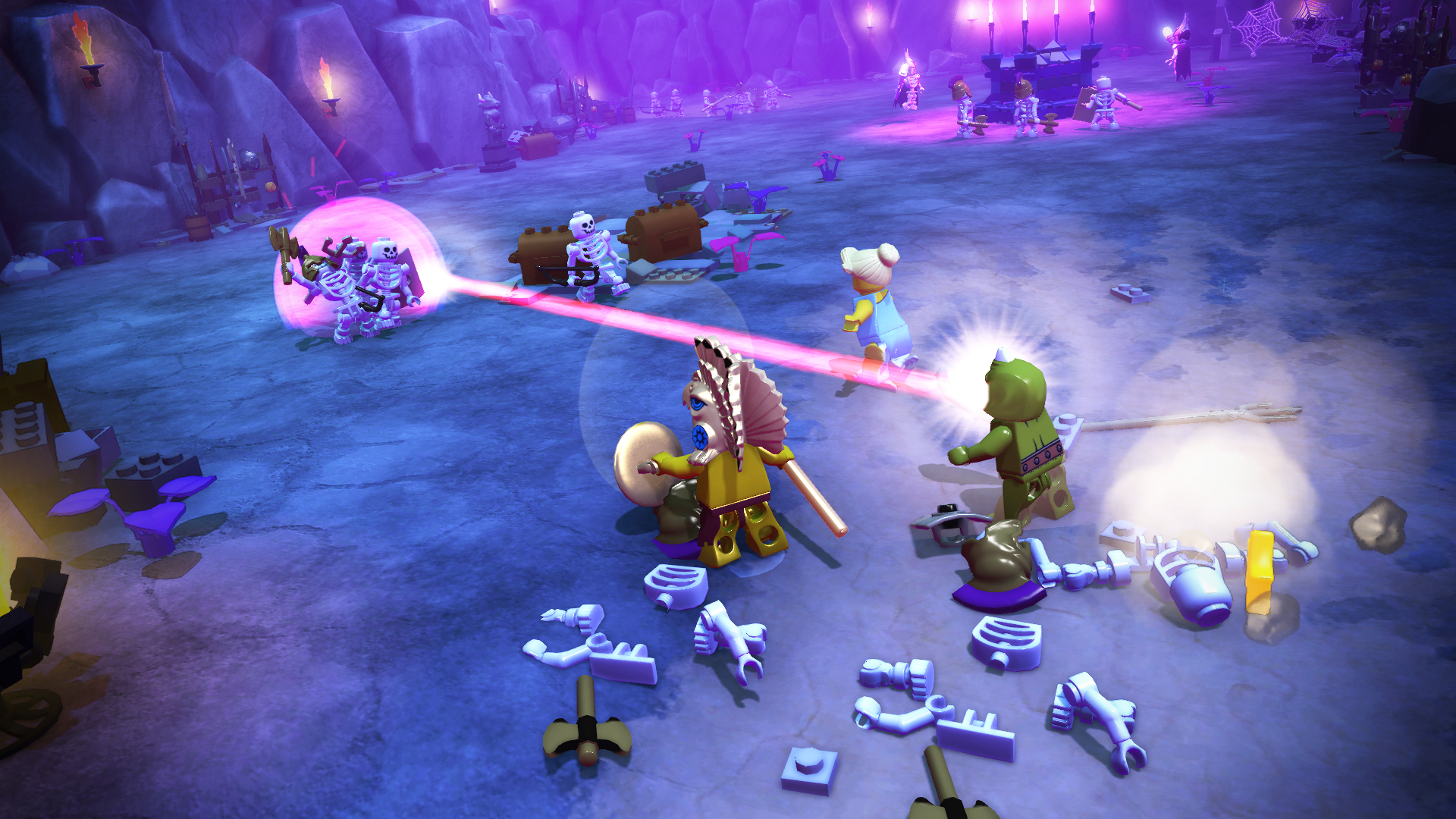 At the press event, lead designer Oscar Lopez Lacalle said that Funcom isn't yet detailing the game's full business model, but it will be free-to-play up-front and players will be able to unlock all the minifigures for free if they put enough time in. Given that each figure comes in a bag that players rip open in the game's menus — as if purchased in a physical store — it doesn't seem like a stretch to imagine players will be able to buy bags in the game.

Lacalle also said that the game's release will coincide with the minifigures Series 12 toy line, and that players who buy those figures in stores will receive codes to unlock the corresponding characters in the game, as a sort of low tech version of Skylanders.

Funcom is planning an open beta for Lego Minifigures Online this summer, with an official release in the fall.