Banished is a deep, difficult exercise in survival.

Banished strips the complexities of the city-building genre to their essentials.

Shining Rock Software has rolled the genre back to the middle ages. There's no sewer system to manage, no power grid to maintain. Just a group of settlers pushing into the wilderness, and a wilderness that pushes back.

This simplicity creates a focused game in Banished. It starts as an intimate simulation and grows to be a taut, strategic experience.

Banished feels more like a survival simulation than a traditional city builder. I was plopped into the middle of the wilderness with a dozen people and some supplies, which they immediately began consuming. The race was on to clear enough land to plant crops and build houses before winter.

Each step in this arduous process is shown off by delicate animations that give life to the individual tasks. And each of those animations has a one-to-one relation to the city's production. Ask a citizen to fell a tree, and watch as they chop it down, carry back and deposit a single wood resource into the town's storage. Banished's towns look like a busy little ant colonies from afar, but all the activity is something more. The game rewards careful study, and those rewards made me begin to care about my little citizens.

At the expense of making laborers anonymous, Banished provides an enormous amount of control over their virtual lives. The game's mechanics are closely tied to the cycle of the seasons, so in the spring and early summer I shifted everyone into the fields for planting. In the autumn I pulled laborers out of the mines to bring in the harvest.

With such high-level strategy driving my decisions, I felt like a leader, not just a deity pushing at abstracted levers. While I couldn't get to know my citizens as individuals, I had control over their lives. It made the tiny Stalin inside me smile; my townsfolk and I had a five-year plan. 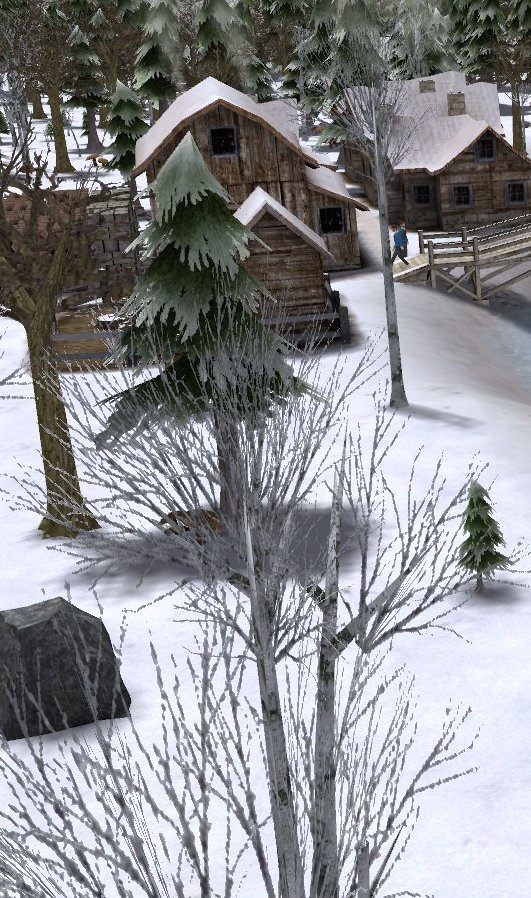 That plan worked perfectly until the mid-game, where the simulation gets tedious. Once I pushed the population over 50 workers it became less about dictating the free time of each individual and more about the careful accounting of performance of the population as a whole. But at this level of gameplay, Banished struggles with giving players solid feedback on their actions.

For instance, a gatherer will roam the area around town and carry back little baskets of roots and berries. But when the forest has been picked clean they just mutely wander. You have to zoom in, below the trees, and check to see if their hands are full. When you're tracking a small population of workers on a one-to-one basis, this is fine. When the population has ballooned, it becomes a major frustration.

In fact, seeing those empty arms is your only indication that the forest has been used up. Building a town hall opens up additional menus and more detailed year-to-year production information, but I resented that Banished requires a bureaucracy in order to properly play the game. 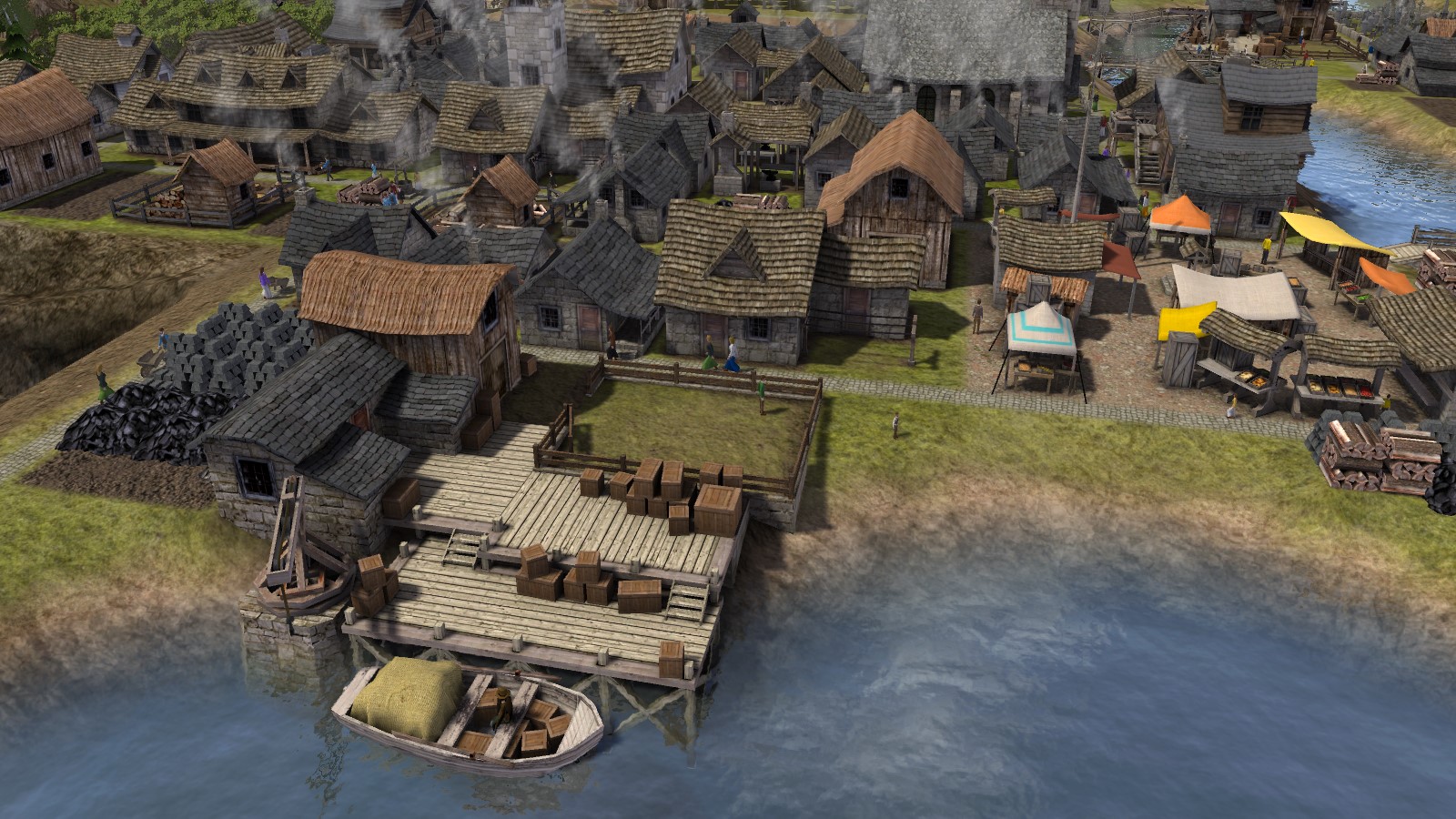 It was in the ninth year of their exile that I realized the people of Junktown were in trouble. Wedged in a narrow valley between two foothills, a cold river to the east and a narrow pass to the west, they were running out of room.

In the spring the stockpile of roots and berries began to run low. The small patch of forest had grown tired and thin. Later that summer the deer began to vanish, and the hunters were forced through the pass to a new lodge in the next valley.

Just before winter two stonecutters were crushed to death in the quarry. With nowhere to bury them spirits fell. Then winter came early, before the road to the new hunting lodge was finished. The last hunter died of exposure making her way back through the pass. The next morning villagers found a parcel of venison frozen beside her.

Ten families, more than 30 people, huddled in their homes to wait for the spring, praying that in the summer the trader's barge would bring them hope.

By spring of the tenth year there were only 12 of them left alive.

When the trader came he brought wool, leather and steel tools. But no food. And no seed.

The struggle for information makes Banished especially difficult at points. As I swung wildly from feast to famine and back again, lots of people were left cold and hungry. Entire towns died off before I had an understanding of how to cycle through methods of generating food in order to reliably collect enough to make it through each winter. And even then it was more guesswork than fact; let's try hunting more this year, fishing more the next. While future towns benefitted from my experience, Banished put me through an emotional wringer to earn any pride I felt for my little ant farm.

My only comfort during these tough times was to zoom into the gorgeous fully 3D world. Banished looks phenomenal, and it ran without a hitch at maximum settings on my two year-old PC, even in the late game when my town of nearly 200 began to sprawl across several screens.

At such a large scale Banished resembles a little clockwork machine with hundreds of tiny parts. And as the movement began to slow, the complexity of the simulation allowed me to easily pull off the gears and reassemble them in clever ways. When a disaster, say an infestation of insects, began to attack the crops, I pulled workers from the quarry to quickly bring in the harvest. At the same time I repositioned workers from the coal mine to clear more land for fast-growing, alternative crops. It was a joy to find that sometimes my improvised solutions even worked.

Banished is a deep, difficult exercise in survival

Banished demands your attention. It's a game that shows instead of tells, and at times I wish it had told me more. I failed over and over again as I got my bearings. But the grand scale of those failures just made my improvements feel all the more genuine. Past the steep learning curve and trial-and-error gameplay of Banished lies a methodically crafted labor of love that is as precise as it is thrilling.