Behind the music of Infamous: Second Son

Share All sharing options for: Behind the music of Infamous: Second Son

But deep inside the San Mateo tech-hive there are a few tightly connected rooms where life takes on an analog tone, one that is different from Silicon Valley's usual vibe. These are the studios where soundtracks for studios like Insomniac, Naughty Dog and Sucker Punch are created and recorded.

And the people who inhabit these places are different from the usual game office crowd. They spend their lives jingling around with strings and ivories, drumsticks and metallophones. They fiddle and faddle in an aural world of real, actual music.

What they ultimately produce are the soundtracks for games like Infamous: Second Son, released last week. A game soundtrack can take up to two years to create, according to director of music Chuck Doud.

"We'll start on a project really early," he says. "There's a lot that happens under the hood." 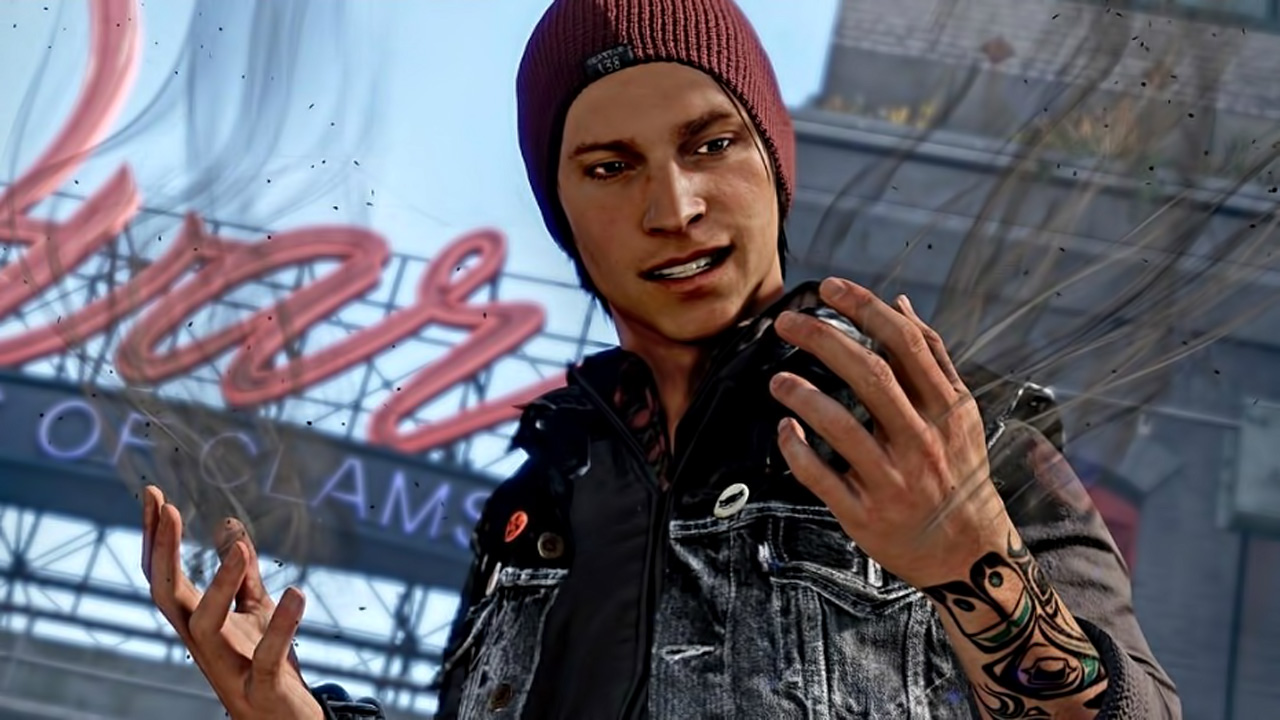 Most of the creativity that goes into making game music takes place in rooms like these, musical places where people spend large spans of time just fooling around, trying to get towards an agreed place.

"The music team serves as an extension of the development team," adds Doud. "Our guys are embedded. We'll spend weeks on end with our developers."

They begin with loose thematic ideals. Infamous: Second Son is an open-world action game, set in Seattle, featuring central character Delsin Rowe, who has "attitude". These facts inform everything that follows. Open world means lots of time spent mooching around, so the soundtrack has to be large and varied. Seattle conjures a certain musical style. Rowe also must go about the world with a soundtrack that is appropriate to his persona. Finally, Infamous has an experimental musical heritage that needs to be incorporated.

Sony's team have worked on some of gaming's most noted soundtracks, including The Last of Us and Journey. Each has its own style. Austin Wintory's Journey is soulful and inspirational. Gustavo Santaolalla's TLOU is mournful and acoustic. Infamous: Second Son is rough, metallic, angry.

"We wanted a score that had an edge and an emotional context," explains Doud. "But we also wanted enough musical hooks that you could really start to identify the game through the music, to give it a signature sound. Something that you hadn't heard before."

Three composers were used for the soundtrack. Nathan Johnson is known best for scoring the movie Brick. Marc Canham created the music for Far Cry 2. Bryan 'Brain' Mantia is a professional drummer who has previously played alongside Primus and Guns N' Roses.

Johnson's tracks, like 'Brothers' and 'Serial Tagger' have a meaty electronic, underground sound that speaks of dark rebellion. Canham's songs, which include signature title 'Second Son' and 'The Vandal King' are broody and introspective making use of traditional instruments like pianos and guitars alongside more industrial sounds. Brain relies on a solid percussion beat, but with jolting twists, like the beautiful voice of Melissa Reese in 'Double Crossed'.

The composers worked to a theme that was agreed between Doud's team and Sucker Punch, with their involvement. "We did a lot of experimenting with Second Son. We had a lot of ideas," he recalls. "The game takes place in Seattle. When you think of Seattle what do you think of? You think of grunge, Soundgarden or Pearl Jam. We didn't want the music to sound like that but we did want to incorporate that influence into the score. We wanted to try something new."

Once all the factors and influences are agreed, the real work begins. "Those ideas all look great on a whiteboard, but it can mean a hundred different things. So we'll do a lot of experimenting. They say talking about music is like dancing about architecture, right, we can agree on what we want but we will only come to an understanding when we listen to it." 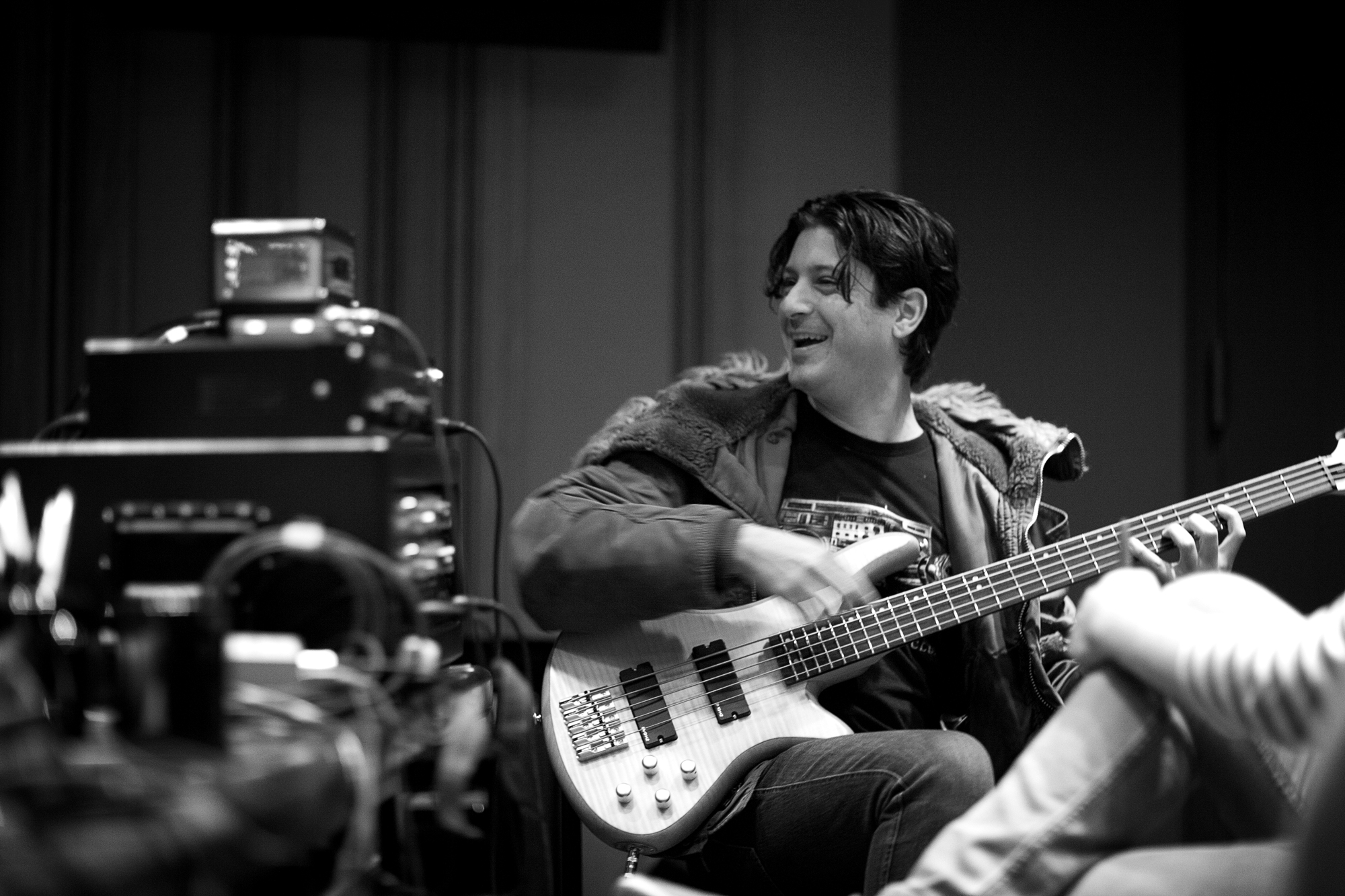 "We run the gamut from traditional orchestral set-ups to a pretty traditional rock band format," says music manager Jonathan Mayer. "The way we are set up is that nothing is really off-limits, so creativity is placed above all else. Having the music have a personality is really important to Sucker Punch and our team has really tried to hold onto that."

"Everything is live," adds Doud. "We create sample banks on a bunch of instruments that create context so the composer can get home, pull out their keyboard and work with this custom sound palette to write with. That is how you differentiate yourself. We don't want them using off-the-shelf music. We want everything to be custom made to our game."

The composers work on their own, or come into the studio to record themselves playing instruments, or to play with musicians.

"They will camp out on site with the musicians and create music together," says Doud."It doesn't work on a clock. You can work for hours and hours and have nothing, and then there will be a pivotal moment. It's always a matter of getting that target tighter and tighter and tighter and when you see the bullseye then you really hit it again and again."

Scores were recorded in studios around the world, including Abbey Road and other musical hotspots like Nashville. Many of the orchestra sections or individuals within musical groups will record on their own, or in unusual harmonies, to create a large bank of samples that can be mixed together and used in the game in multiple varieties.

This helps to avoid the problem of musical repetition in games. In the past, thematic scores were frowned upon because an hour's worth of samples in a forty hour game can get pretty annoying. But scores today can use vastly more variety than before. 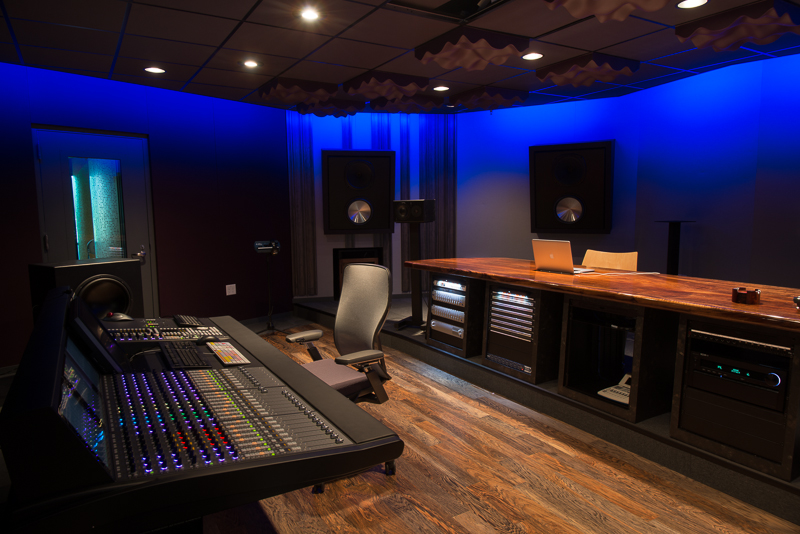 Music in games have a long history, going back to simple notation combinations created entirely electronically, to full orchestral scores and even Grammy nominations. "Our job is to make sure the music makes a connection with the player," says Doud. "We keep you immersed. We are marrying that vision with technology to create a dynamic and adaptive score."

This is where game scores can fall down, badly, when they erupt for no good reason into heart-thumping action sequences, while you, the player, are strolling down some in-game street, feeling slightly bemused.

"Some developers use a really simplistic approach, " explains Doud. "They will say that in this field there may be five enemies and as long as there are enemies we will have the music kick up. And you can clear out a room and there may be some dude two floors down and he is still in that proximity range that is making the music go crazy and you are walking around saying 'what did I do?' You are now disconnected from the game and it may take a while before you are fully re-engaged again.

"We write a script for what you want the music to do in any situation," he adds. "When this thing happens in the game we want the music to do something specific. Then we will write a little subset of rules that says, 'ah, but when this happens, ignore all those rules and go do this.' That's how you avoid the music going crazy when there is no need for it to go crazy."

Ultimately, computers and code are needed to marry the music with the game. "We put a priority on the integration of the score into the game," says Doud. "You can work with the best composer and you can have the best production resources and you can listen to it and think 'oh man this score is great,' but if it is not implemented into the game correctly then it is going to fall flat.

"The talent of the people who are making games has matured to the level where it is demanding that the music do a better job. We're at a point where you are seeing a more intelligent use of the music."