Share All sharing options for: Cut the Rope 2 hits Android, series surpasses half a billion downloads

Cut the Rope 2, which originally launched on iOS this past December, will also be available in the Amazon Appstore beginning March 30.

The Android version of the game comes with new in-game power-ups, hints and customization, an additional mission for every level and a new interactive map.

"Our fans with Androids have been eagerly awaiting Cut the Rope 2 since the iOS game first became available in December," said Misha Lyalin, CEO of ZeptoLab. "We have been working hard to bring new content and challenges to this free version, while maintaining the all of the fun and simplicity that made Cut the Rope 2 great."The company also announced that games in the franchise have now been downloaded more than half a billion times globally.

In the game, players have to feed Om Nom by cutting ropes and relying on physics to drop food into his awaiting mouth. The sequel includes interactive environments, helper characters and a greater focus on story. You can read about the game's development in our interview with the company's Lyalin. 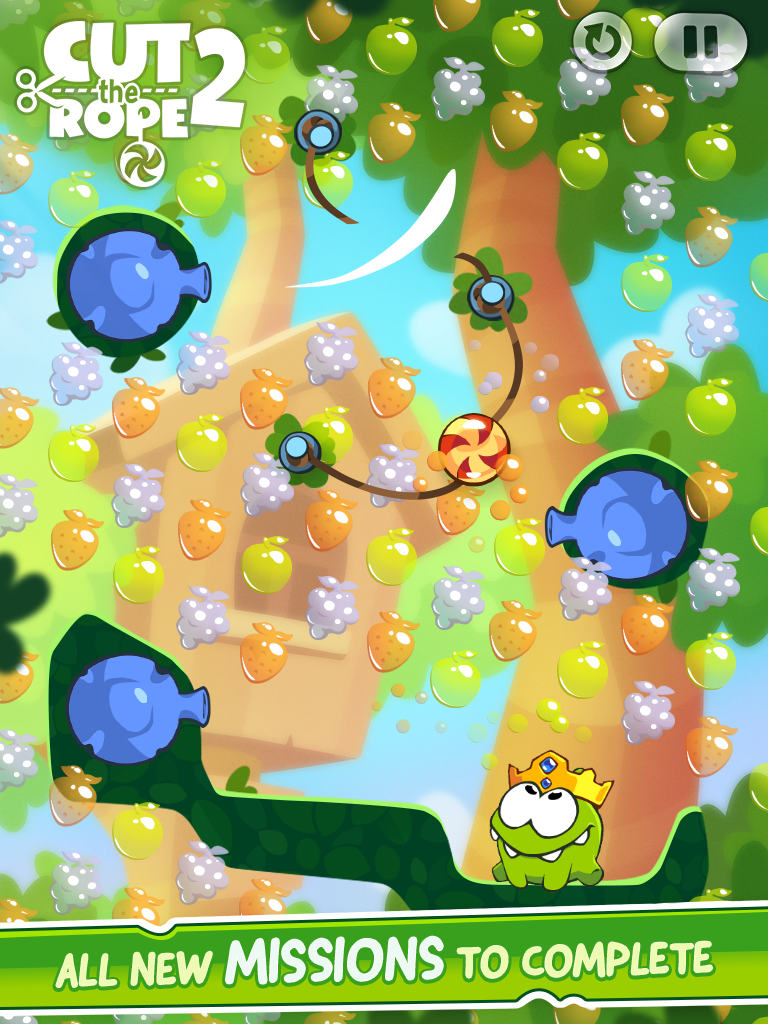