Volume, a pacifist stealth game made by a 'massive Metal Gear Solid geek'

Share All sharing options for: Volume, a pacifist stealth game made by a 'massive Metal Gear Solid geek'

Mike Bithell is taking an old-school, player awareness-rich approach to stealth gameplay with Volume. A self-professed "massive, massive geek for Metal Gear Solid," Bithell says he prefers to empower the player through the type of knowledge seen in older stealth-based games.

"It's intentionally a step away from, I guess, the ambiguity of a lot of stealth games in recent years, where information has been obfuscated," Bithell told Polygon in a recent gameplay demonstration. Players of Volume will see the vision cones of guards who might detect them and be given strict visual cues about how much danger they're in.

"In a stealth game, I want to know the rules," he said. "You never want to have a situation in a stealth game where someone is caught and they don't know why... or they don't think it was their fault. I'm not a fan of ambiguity."

Volume is something of a throwback to the Thomas Was Alone creator's favorite games when he was a teen, Metal Gear Solid and Deus Ex. Visually, Bithell's new game looks a bit similar to Metal Gear Solid's VR missions, the blocky, holographic training grounds that put player's stealth ingenuity to the test. The goal is simply to creep through levels undetected, snatch up gems, then find the exit, all in the shortest time possible.

"I wanted to pull back from complex inventory management"

While Bithell is adhering to some old-school design choices, he's essentially removing a core component of many classic stealth games: violence.

"That's not a massive moral choice," he explained. "It's just that I always play stealth games going around snapping necks, not using gadgets... doing the same thing every time... and I realized that was kind of becoming boring for me, that automatic silent kill thing."

With Volume, Bithell is giving players a handful of gadgets they can use to better sneak through levels and avoid violent confrontations. Among the available gadgets is the Bugle, an object that bounces off walls and makes noise, drawing the attention of guards; the Oud, another noisemaker that sticks to walls and can be set off remotely; the Folly, a tripwire that stuns guards; and the Blackjack, a stun shotgun. None of the game's tools are lethal, and currently, players can only equip one at a time.

Bithell hopes players will experiment with each of Volume's gadgets as they pick up and discard those items, finding creative, experimental ways to sneak through his levels. 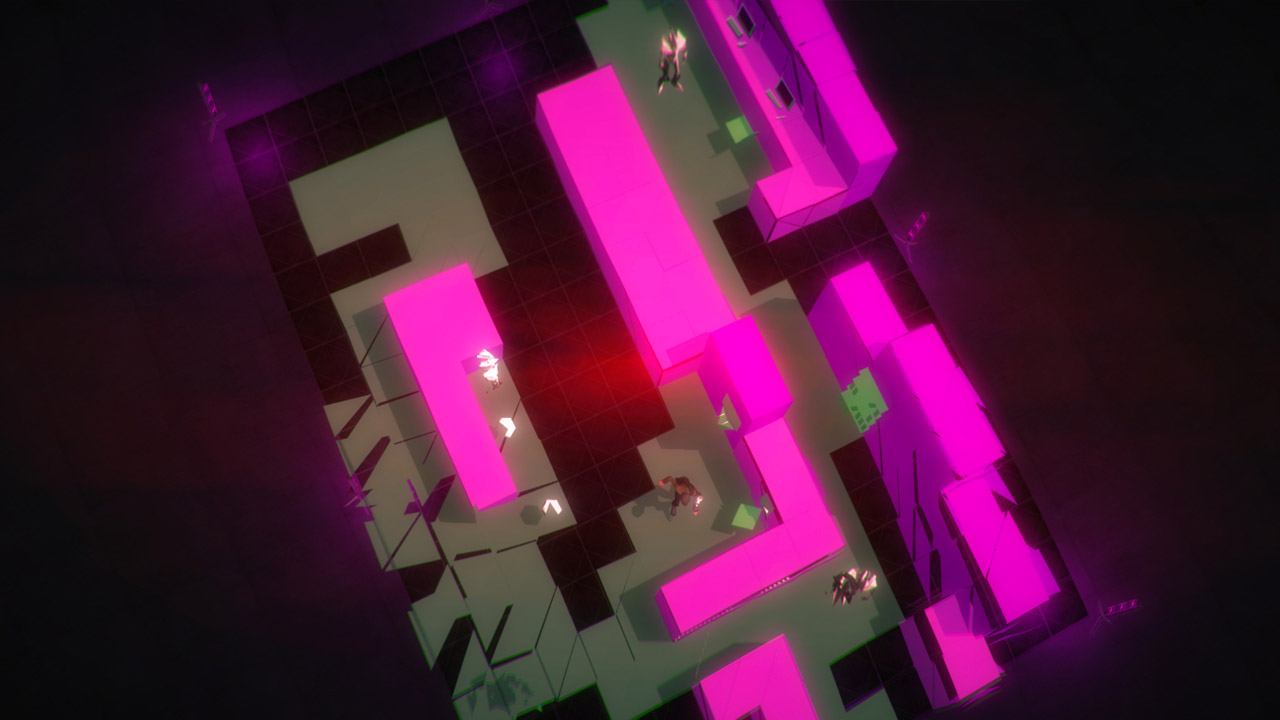 Players will also be able to experience the hide and sneak levels created by others, as Bithell plans to ship a robust, but simple level editor alongside Volume. And since none of the story elements are directly tied to the discrete levels Bithell and his team are authoring, players will have the option of playing through its narrative using any levels they want.

"The game ships with the tools used to make the levels," Bithell said, "and hopefully designed in a really intuitive way, where you just paint out the environments." The level creation tools look simple enough to use, based on a demo of an unfinished version of the editor we saw, and Bithell painted out a quick playable level in just a few minutes.

Story-wise, Volume aims to tell a modern day Robin Hood tale. The star of the game, Robin Locksley, does more than just rob from the rich and give to the poor. Using the holographic volume, the simulation space he "borrows" from the powers that be, Locksley livestreams his crimes, sharing the know-how of ripping off the rich.

"He basically starts streaming his crimes"

"I started thinking 'What would Robin Hood do now if he existed in modern times?'" Bithell said. "I guess I was watching too much YouTube because my brain immediately went to 'Obviously he'd broadcast it.' He wouldn't just rob from the rich and give to the poor — that's a very inefficient way of solving that problem.

"In my version, he basically starts streaming his crimes... He finds a rich person's home, recreates it in his holodeck and projects that out to the world. Where it gets interesting is that people start doing the crimes he's showing and we start playing with that story-wise."

Joining Locksley in his crime-streaming is the holodeck's AI — "He's kind of like the Microsoft Office paperclip" — and a villain that Bithell says he's keeping under wraps for now.

Volume is planned as a timed PlayStation exclusive, coming to PS4 and Vita first, then hitting Mac and Windows PC later this year.