The Confessional: It took two years to cancel Singularity, and ten months to fix it

Share All sharing options for: The Confessional: It took two years to cancel Singularity, and ten months to fix it 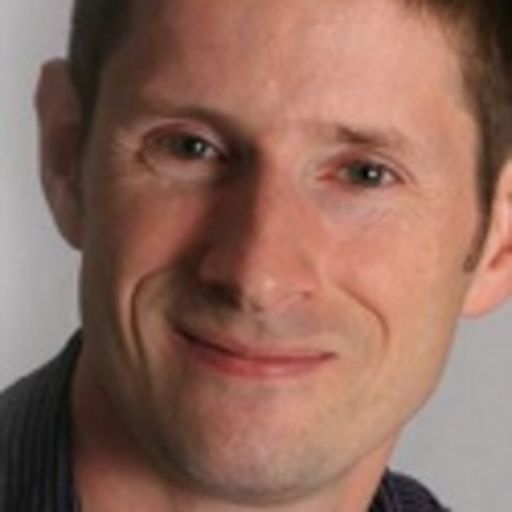 The Confessional is an irregularly appearing column where we invite a developer into the booth to explain the flaws behind a game, and to give their thoughts on why they occurred. We can't absolve participating developers of their sins, but we can try to understand them.

For a day, the game was cancelled. Dates had been missed, and the project was nowhere near complete. So when the VP from Activision visited the studio and saw the true state of affairs, her assessment – while a shock – wasn’t overly surprising. She made it clear that she was going back to HQ to tell them to cancel Singularity.

Perhaps the most painful realization was that we had brought this on ourselves. At the time, Singularity was the only original IP in development at any Activision studio. Unfortunately, the game was in bad shape. At least half of Singularity’s maps didn’t run on the PS3, several didn’t fit in memory on the 360, and even on high-end PCs we would see the framerate slow to a crawl during many combat sequences. This was after the deadline for the second Alpha had long since passed.

The decision to can the game wasn't complicated.

This wasn't the end of the story

The game did eventually ship, and earned a respectable 76 Metacritic score, so what turned it around? It wasn't more people. Raven had already been siphoning team members from elsewhere in the company: from the Wolfenstein project as well as from the Marvel team, which had just shipped X-Men Origins: Wolverine. With Singularity’s enormous head count and history of failed deliverables, the eleventh hour deal struck with Activision was understandable: They gave us one last chance to land the plane, with conditions that made sense ... even if they were brutal on the team.

Complete control of the project was handed to the Marvel team, and there was a hard deadline of ten months. That's not ten months to finish the game, that's ten months to ship the game. Accounting for final processes such as certification, fabrication and distribution? We really had about seven months to do the actual work.

Ten months is just a few days shy of eternity in the modern era of mobile and casual titles, but when you’re handed the reins of a largely unfamiliar AAA project with vast scope, gameplay that openly defies console constraints, and subpar framerate on every platform? You may as well ask to have it wrapped up by lunch. The task didn't border on the impossible, it was impossible.

We took the deal, as this was the only chance we had to see the game through to completion. When we said yes we implicitly chose the direction for most of the gameplay that made it into the final produc.

The Marvel team’s creative director – now project lead for Singularity – spent significant time modifying the story, pulling out scenes that were technically challenging and salvaging existing plot points and voice acting wherever possible. The game was slated to contain several set piece moments of grand-scale use of the Time-Manipulation Device that was supposed to be central to the game's mechanics, but they were so time-consuming to create and so difficult to make fun that only a hint of our earlier intentions made it into the shipping version of the game.

Once Singularity was released we saw an avalanche of negative comments online about how derivative certain gameplay elements were. "I hate the audio logs and explainer videos. Raven totally copied them from Bioshock!" they claimed.

We copied the idea because audio logs cheap to make, easy to set up and could fill in the gaps created by our massive rewiring of the story. I’m sure I can’t even remember half of the decisions we made for similar reasons. Did it work well in some other game? Can we implement it easily? Put an orange glow pass on the art and get it in.

This wasn't development, it was triage. We had the save who we could and bayonet the dying, and we had no time left to do either with any subtlety.

Did you think the abilities of the TMD were poorly explored? Did you get tired of using a device that could change the passage of time to merely renew a crushed box to non-crushed status? Yeah, so did we. But we did not have the time to properly create fun gameplay with the weapon and build well-paced levels around it.

The irony of working on a time travel game without having enough time to explore the concept properly never grew tiresome. At all. Ever.

This was just the story of the singleplayer content. There was a separate group of folks working feverishly to create multiplayer. This was in the heyday of Modern Warfare-style online combat, which required a vast amount of time to tweak to perfection if you entertained even the slightest hope of making a competitive product.

The multiplayer team doubled down on the inherent weirdness of the single player creatures and whipped up some class-based asymmetric gameplay that was pretty darned inspired, especially considering the comparatively short number of months allotted for their work.

The developers on that team are incredibly talented, many of them have since contributed to various titles in the Call of Duty, Halo, and Destiny franchises, but they were held back from working to the best of their abilities by the same unyielding and unrealistic schedule that shackled everyone else. That schedule was the result of placing the publisher in the position of choosing between what amounted to crunch or cancelling the project altogether.

The press claimed that Singularity was released without fanfare and left to die without proper advertisement. The game was actually given a decent marketing push, at a non-trivial cost to the publisher, but it was geared toward a release date that had come and gone. Activision was already paying several dozen developers to work many more months on the project, and they weren't excited about footing the bill for a second marketing effort for a title that was already facing long odds for success.

This extra development time wasn't just a decision, after all. Time is money, and money buys time: Raven had 70 developers working on Singularity for between six to 10 months. That's around 500 development months, at a cost of around $10,000 per dev-month. If you want to kill your chances of getting decent publicity, force your publisher to give you an extra $5 million to finish the game.

When Singularity did finally make it to store shelves, it did so largely unannounced. Financial failure at that point became a self-fulfilling prophecy.

There were some spots of true genius scattered throughout Singularity, some of which had even survived from the earliest days of the project. Using the time-manipulation device to age a soldier into a combusting skeleton, firing a guided missile from a gun that slows time to a crawl ... these moments were all great fun. They certainly weren’t as plentiful as we would have liked, but the highlights of the game prove memorable.

Singularity turned out to be a pretty good game

When players recall the game fondly — and this happens with surprising regularity — they remember those moments of inspired play and the few mechanics that survived the initial vision. The lasting legacy of Singularity may be that you can pull at least a pyrrhic victory from the toughest projects with smart use of resources and the ability to focus on a few solid, executable concepts.

Ultimately, we released a game we’re proud to have on our resumes. And we all learned a ton as developers, not just about what we can do under pressure but also how to catch production and leadership problems before they result in unrecoverable disaster.

Singularity turned out to be a pretty good game – much better than it had any right to be given the constraints – but it would have never become a game at all were it not for decisive leadership and a team of exceptional developers. It took years to run Singularity into the ground, but only 10 months to make a solid game. That schedule goes a long way to explain the games flaws, but it also allows for pride in what was released. I just hope never to be put in that situation again.

Keith Fuller worked at Raven for 11 years before starting Fuller Game Production to produce happier developers by improving how game studios operate. He’s the author of Beyond Critical: Improving Leadership in Game Development, and along with Mike Acton is the co-founder of Fullcrum, the only service in the world dedicated to upgrading employee engagement for game companies. While reticent about writing in the third person, Keith would still love to buy you coffee at GDC and talk about how to improve your studio.