How 'Game Jam,' an indie game dev reality show, collapsed on its first day of filming

Share All sharing options for: How 'Game Jam,' an indie game dev reality show, collapsed on its first day of filming

Game_Jam, a TV-style reality show focused on the efforts of indie game developers, has collapsed in the most publicly acrimonious way imaginable, participants say.

Touted by its makers as a contest to show off the skills and personalities of indie game developers, the Mountain Dew-sponsored production was brought to a halt after just one day's filming, as participants walked off the set, en masse. In a story first reported by Indie Statik, developers accuse the show's makers of grossly misunderstanding the nature of game developers, of attempting to manipulate them for ratings and of crass sexism.

Respected developers like Zoe Quinn (Depression Quest), Davey Wreden (The Stanley Parable), Robin Arnott (SoundSelf) and Adriel Wallick (Candescent) all quit the show along with all other contestants, after what they say were intolerable creative differences with the production crew. The last straw, participants say, was the involvement of a producer called Matti Leshem who insisted on following a line of questioning to the developers about the value of having female developers on the team.

At one point Leshem, who runs a company called Protagonist and represented the interests of sponsor Mountain Dew, reportedly asked Wallick, "Do you think you're at an advantage because you have a pretty lady on your team?" Leshem, they add, displayed an excessive zeal for his bosses at Mountain Dew, insisting that contestants at the show be seen only drinking that beverage.

Arnott, Wallick and Quinn have all posted blog entries about the experience. Jared Rosen, a journalist who has worked under contract for the show's producers and was present , also wrote an extensive and scathing report on the debacle for Indie Statik.

Originally envisioned as a showcase of indie development talent, the show devolved into a reality-style contest, participants said, in which teams were asked to perform various tasks, only loosely connected with game development, for trifling prizes (such as a set of Mountain Dew lawn chairs). Overall prizes were equally derisory, including a trip to a Mountain Dew ski event and a lifetime supply of the drink, as well as a vaguely worded promise of a contract to join the ID@Xbox indie development program. 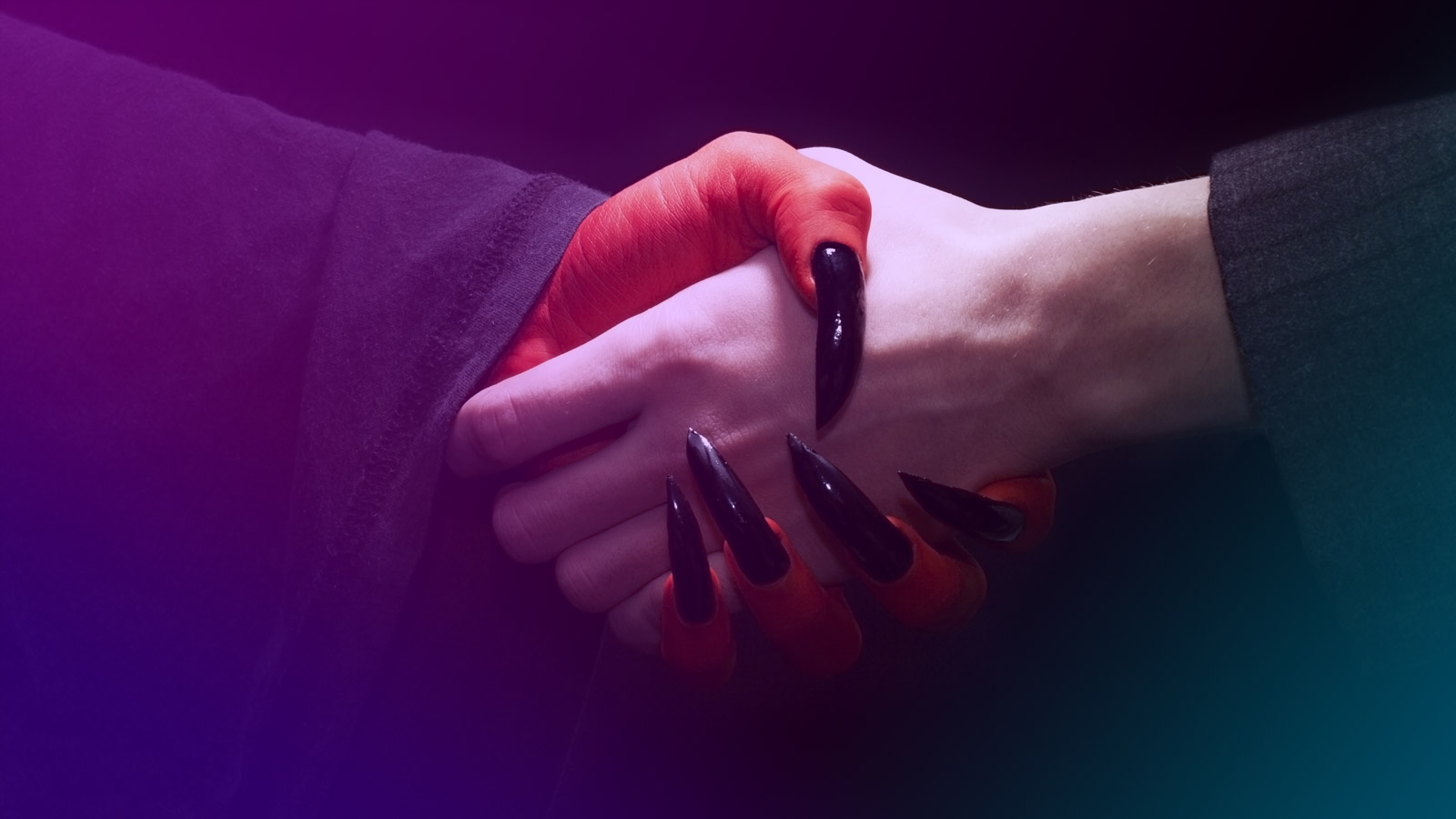 Even prior to filming, the project was dogged by contractual wrangling, as Polaris and its parent Maker (recently bought by Disney) reportedly sought to insist on clauses that irked participants. These included an attempt to control how the developers communicated during and after filming, as well as onerous follow-up obligations, such as attending anniversary shows. We've contacted Maker and Polaris representatives for comment.

"We all understand it was first a show and second a game jam," Arnott told Polygon. "Our bullshit meters were hanging out at about 15 to 20 percent already going in, but that seemed worth it in order to demonstrate something magical to the public. We knew there would be challenges that would be basically bullshit, but as long as we were working with our friends and showcasing what is magical about our community we were fine."

By challenges, Arnott here is talking about reality show-style competitions, like creating a YouTube video about their project, or making a presentation about their game using non-digital means.

"Our whole interaction with anybody before the jam went down was nothing but respectful and excited," he added. But the tone of the show, and its alien insistence on confrontational entertainment, soon rubbed the developers up the wrong way.

"They thought they would be able to get a bunch of developers together and put them in a weird situation and turn them against each other," added Wallick. "That is so against the indie culture. It is mind-blowing they didn't see this coming and they thought it was a good idea. We all help each other out. There are interpersonal connections and people argue, but they were so off the mark by what they thought they were going to get out of us. As soon as they tried to pit us against each other they realized, no, this is not going to work."

"At this point he's really riled me up," said Wallick. "He's insulted me and everything I hold dear about myself. It crushed my soul in a way. My face was red and insulted. It was awful."

Then, to all-male teams, Leshem reportedly asked if they thought they had an advantage over teams with women on them.

Both lines of questioning caused fury among the contestants, and led to the walk-out.

Wallick and Quinn were the first to say they were leaving, soon followed by the other developers. Leshem was removed from the project, but various attempts by the producers to get the show back on track came to nothing.

"We were all exhausted and stressed out and had nothing to tap into," said Quinn in an interview with Polygon. "If we did try again in that moment, I can't speak for the others, but I know I wouldn't be doing my best work. I wouldn't be showing anything to the world that I'd want to show, and I didn't see a point in it. Plus I couldn't support something that Leshem touched, or was allowed to touch."

The various blog posts all state that Leshem's offensive line of questioning was indicative of a project that had gone badly awry. Attempts by Polygon to contact Leshem have not been successful. One of the show's producers, Jason Serrato, contacted by Polygon via phone, declined to be interviewed.

Akira Thompson, an indie developer and adviser to the of the Interactive Media and Games Division of USC's school of Cinematic Arts, was hired as a consultant to the project, and helped pull together the teams. He said that the show went adrift from its original premise when the sponsorship money came in, and outside producers were hired.

"Early on I was consulting with the Polaris people and telling them what a game jam is, the kind of community we are and the kinds of people we should get involved with," he said. "Although it was pitched to me as a reality show I said, no it can't be that. It needs to be about allowing people to see how games are made and who makes them.

"What happened is that the Polaris guys had the best of intentions but once the money came, the project got too big for them and that is when an outside production company was brought in, from reality TV, and they know what they want to get and they wanted that very specific thing that none of us were privy to.

"They didn't get it and everyone else got fucked. I am angry. This was not what I signed up for. I got my friends to come into this thing and we all thought it was going to be something different and now I look like an asshole, I look like an idiot. It turned into a massive failure and my name is associated with it and so I am very angry about it."

He said that the whole affair is likely to land Polaris and Maker in trouble with owners Disney. Those involved in the show estimate a loss of around $450,000. "I don't believe it is to Maker's benefit to have a lawsuit [against contestants]. Right now they are looking bad," he said. "I think that the best thing that can happen would be a cleaning of house."

Owen Good contributed to the reporting in this article.