Early demos of Project Spark focused on the game creation tool's natural metre of third-person fantasy combat. But it turns out that this level design sandbox offers a lot more variety.

Project Spark is a free-to-play game level construction kit with a Lord of the Rings look and feel. It's easy to demonstrate crafting an epic fantasy landscape, a hero, sidekicks, enemies and monsters while imbuing all those elements with basic combat patterns.

The Microsoft and Team Dakota product also allows you to act out animations via Kinect and import those into your games, so much emphasis has been placed on stories featuring characters.

It's come as a surprise to the developers, that many of the games actually being created on Project Spark, by real consumers, are deviating significantly from this template.

The beta opens today for 250,000 people, with a cap of one million planned, before final and full launch later this year on Xbox One and Windows PC. For the last few months, a smaller closed beta has been operational, featuring 50,000 people. About 6,000 game levels have been uploaded and shared.

Startlingly interesting offerings include Colour, by Danielle Scott, an artist and gamer from Nottingham, England. Her level is less a game than a 3D artistic experience, an abstract visual journey that demonstrates just how far Project Spark can diverge from grassy meadows and rickety wooden bridges.

Blaze Jumper is a fun, stark, 2D platformer; Super Meat Boy with a severe monochromatic aesthetic. Of course, there are games that have a medieval look about them, but even these are taking unexpected paths. Pinball Raid turns a Westeros-style dwelling into a pinball table with destructible elements and off-table rails featuring their own animations. 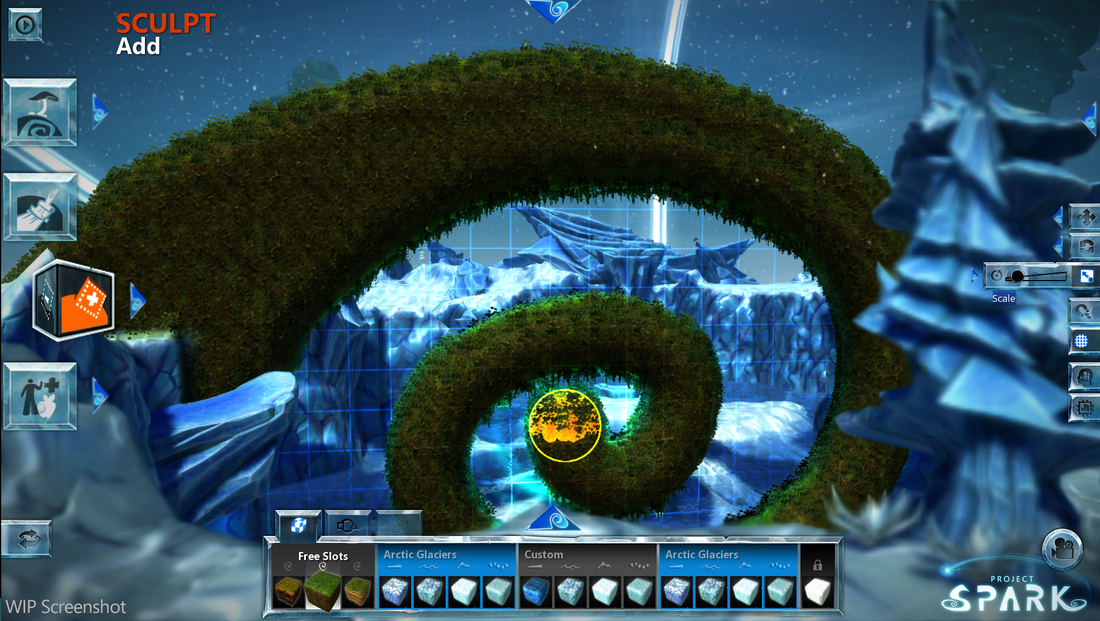 Project Spark is a free-to-play, with Lego-style construction kits, featuring characters, models, animations, sound effects and more, selling for $10. But there is plenty to play with in the free version.

"I guess we knew that people were going to share stuff but it doesn't really dawn on you what 400 levels a day feels like," said Team Dakota's Michael "Saxs" Persson. "At first we were like, is anyone going to make anything good? The first week we saw a lot of mechanics and ideas and people asking for feedback and calling their work pre-alpha. The urge to share is so strong that people aren't waiting until their work is done, they are sharing the process too. It's a collaborative effort."

Many are using websites, streaming services and places like Reddit to share their game ideas and to seek input. The collaboration effort will be extended into the game when multiplayer functionality is added as the beta progresses.

For Microsoft, Project Spark isn't merely a new game, but a way to redefine Xbox One. "The most important thing is making Xbox Live feel like a place where people can really belong," said Persson. "Right now it's a friend's list and it's for multiplayer but adding to that is the social weight of things that you have made. Creation is a big category. It is free-to-play for a reason, so that as many people as possible play the game and experience what other people have made. It redefines how we feel about Xbox. Is it pure consumption? No, it's participation."

Players can earn in-game currency if a game becomes popular, although real money trading for games and assets is being considered, "Once we get to the point where people are making stuff that you can charge for, then we will cross that bridge," added Persson. "The most important thing is that people are having fun and finding a way to editorialize and share. But we don't want to be the Indie Channel or ID@Xbox. This is about the other 99 percent who just love games and want to have some fun creating and sharing, from kids with no experience and are just fooling around, all the way up to budding game creators." 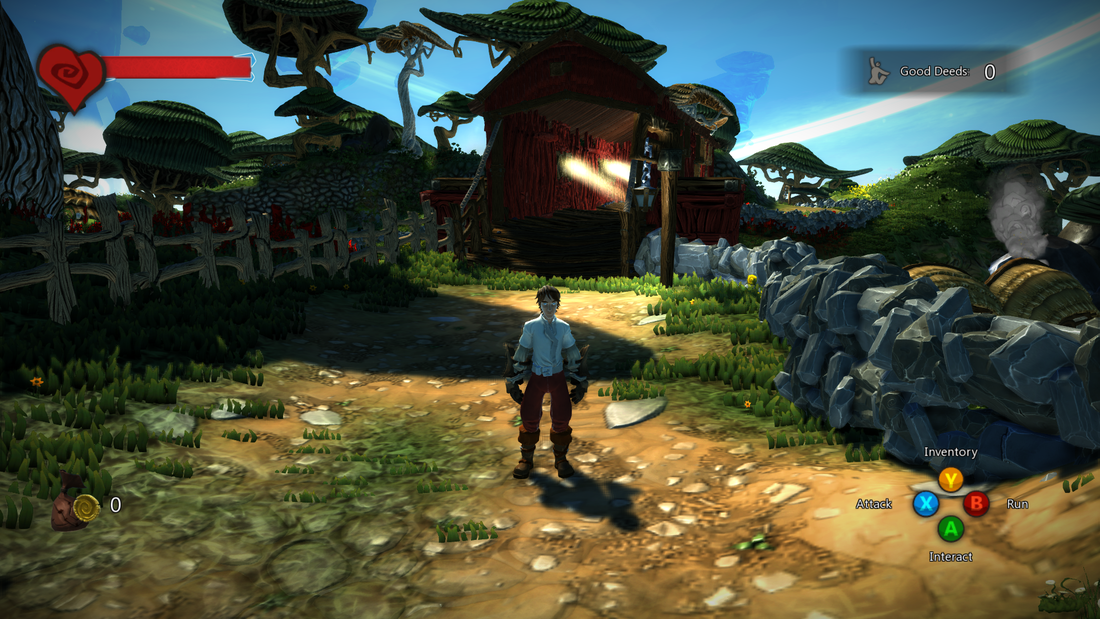 Of course, along with the innovations and genuinely cool game ideas, there are plenty of standard fantasy levels out there, just people having fun creating their own worlds, much like we all do in creativity games like Minecraft.

It's interesting that one of the most popular early experiments pays homage to a real fantasy game. Oakvale - Fable (pictured above) from UK-based Neil Smith is a full recreation of the very first Fable quest including the whole Oakvale map and all of its inhabitants, plus their original dialog.

"I chose this as my first project mainly because Fable is one of my favorite series, but also because the visual style of Project Spark reminded me so much of Albion," said Smith. "Project Spark is very easy and a lot of fun. It can become very complex if you want it to, but it's still very easy to get to grips with the more complicated aspects of creating a game.

"Building the landscape is so fast and fluid, you can have a great looking world in minutes just by clicking, dragging and painting. The programming is all based on a very simple ‘when this, do that' system that is very powerful and can allow you to create some astonishing things."

"We picked fantasy as our setting because it evokes a particular feeling about storytelling and about depth and immersion," added Persson. "But on the flipside we are really conscious that it will color some people's perception of what can I make in this and we are relying on the community to break that perception. That said, we are not asking people to make things that look different; they are just doing it."