Judge for yourself if this game premise sounds slightly discomforting.

You are a young man tasked with saving the world, through dungeon-crawling, party-based battles. You are surrounded by attractive young women, each with different attributes and personalities. You choose which of these women will create the most powerful offspring and you mate with her to produce babies. You are of High School age. Your breeding ritual is called "classmating."

Together with your babies, you and female-partner fight against evil. But you must always be seeking new mates to produce more powerful babies.

The women do not give themselves to you freely. You must talk to them to gain their trust, before they will mate.

Are you squirming about in your seat, as I was, when first introduced to a demo for Conception 2: Children of the Seven Stars for Nintendo 3DS and PS Vita?

By most standards Conception 2 (the sequel to Conception: Please Have My Baby) is weird. Of course, RPGs require the accumulation of powers, often through bolt-on avatars. But creating masterful offspring through quasi-sex? It carries a nasty whiff of fascistic eugenics. 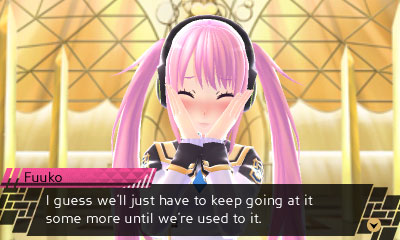 At a time when the role of female characters in games is under intense scrutiny, it also reeks of a very old form of sexism; the depiction of women primarily as child-bearers, with some amazonian warrior fantasies thrown in. Only the man carries the power to choose his ideal mate. The AI women's choices boil down to waiting for the fella to say the right thing, so she can submit to his charms.

Now, it's true that the female characters in the game engage in combat alongside the player (and the babies). The females are smart and have valuable world-skills. But their role, ultimately, is to await the main character's favor and squeeze out a baby.

We are talking here about a dating sim merged with a party-based dungeon battler. Dating sims require dialog trees that lead to success. Battle-RPGs require a system of stat-based levelling. Conception 2 lumps them together with some mystical childbirth sequences.

The game has been compared to Atlus' much-loved modern-day RPG Persona 4, in which relationships with friends (both male and female) affect the gameplay. But there was nothing in that game quite as eye-poppingly mental as 'hey, I need to make babies to change the world, and I have selected your womb as plum place to begin.'

"My first response upon hearing about this is to say, 'oh, for fuck's sake'," commented Brenda Romero, game designer in residence at UCSC, and a vocal critic of sexism in the game industry. "My second response is that the developer is likely banking on some of this reaction to fuel publicity for the game. It's just tired and stupid.

"I've made my games that trivialized women as physical artifacts," she added. "Having been there, being a woman, it's not something I'd do again or celebrate others doing."

Atlus, the game's publisher, does not agree that the game, due in the U.S. on April 15, is sexist. In various emailed interviews with Polygon, team members argued that the game is unusual, but not offensive.

"Yes, if the game is stripped down to its bare bones and explained that men are selecting mates from attractive women and manipulating them to only get better offspring from them, some women will take offense to it," said the game's English translator Mai Namba. "But if the person sits down and plays the game, they would discover that it's not about manipulation. The women in this game are given the choice of whether they want to participate in this [mating] ritual or not."

Namba conceded that "for the game's mechanic's sake, all of [the women] agree to it in the end for the better of the world." She added that "the whole point of this game is creating bonds with friends that happen to be of the opposite sex and getting to know said friends better as you fight to regain peace in the world from monsters."

Atlus argues that the game's dating mechanic means that it's all about the relationship between the male character and his female chums.

"I know it's tempting to pull out the pitchforks at the first look at the game's premise," said QA tester Allie Doyon. "But I would suggest taking an earnest look at the game first. It's pretty harmless, silly and, well, cute."

She draws comparisons with the highly regarded RPG Persona 4. "The relationships you build with these girls are more than date-like schmoozing and manipulation. They exist to learn more about the characters, and see their development as the story progresses. As you get to know the characters better through these events, your bond grows, and that has a number of strategic benefits on top of the emotional and story ones. I love this sort of mechanic in games, personally." 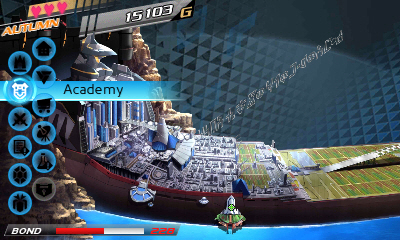 At one point in the game, the player is allowed the potential to mate with a male candidate (and produce issue). In the game story, this experimentation angers a powerful figure in the game's story. It's a slightly odd nod to gender-identity politics. Maybe?

"It's certainly a fascinating concept, especially given all the recent debate here in America over same-sex marriage," said project lead for Atlus USA, James Kuroki. "Unfortunately though, it's not a plot arc we could expand much upon."

We are talking here about a dating sim merged with a party-based dungeon battler.

Could the game not have come with an option to play as a female lead, with the power to choose appropriate mates?

"Adding such an option is no trivial matter," said Doyon. "It would have increased the scope of the game by a great deal. The content of the game would be nearly doubled, and the story would have to be reworked to accommodate it. If we lived in a perfect world with unlimited resources, it'd be cool to see something like this. I certainly wouldn't mind seeing more games with female leads, but it wouldn't be realistic to hope for it here."

"The target users are a largely male demographic," said Kuroki. "So instead of adding a mode that switches the gender roles around, the game weighs heavier on the relationship situations with the females. At Alus USA, we'd definitely love to see an option for a female lead, but that's sometimes an impossibility given the development scope and budget to add such features in the localized version."

Atlus and the developers at Spike Chunsoft obviously took the decision to create a game for the male market; one that gives all the power to a man. But doesn't this send out a pretty dispiriting message?

"Why?" said Doyon. "Because the women are used for childbearing? I'm not so sure that's as bad as it sounds, because that's not the only thing they're good for here. You actually bring one into the [dungeon] with you each time you go in, and she fights alongside you as an equal. The atmosphere is more like that of a silly, magical family; not some kind of abusive scenario. You're a mother and father, joining forces on equal footing. I don't think that's so bad." 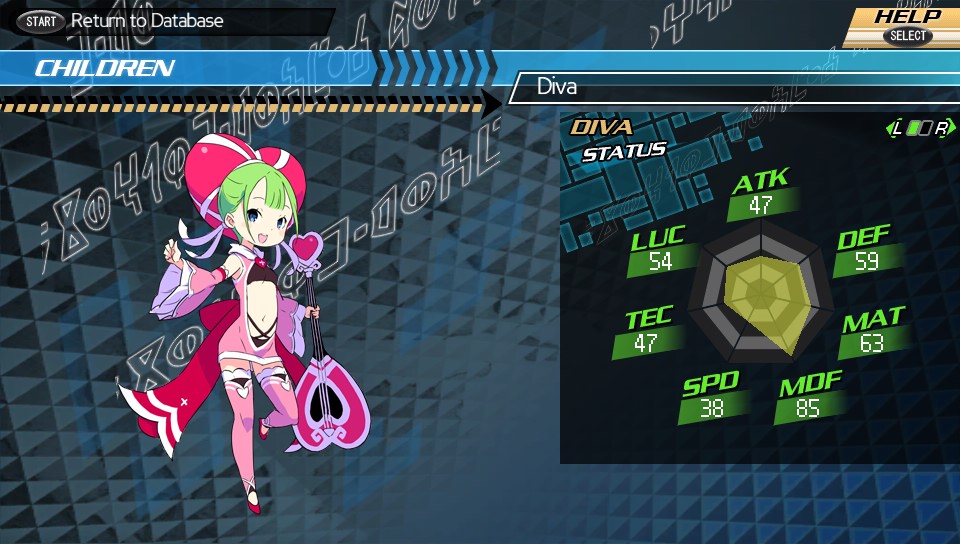 "We certainly don't think of women as commodities," said Kuroki. "The game strongly revolves around relationship aspects. Let me stress that there are true relationships in this game and not superficial, ero-game style relationships. We find that a lot of players will have to work very hard to be able to establish a good relationship with the seven heroines. Every venture into a dungeon lets the heroine fight alongside the hero as an equal, so we think your claim that they're a commodity is unfitting."