Share All sharing options for: How Valve and Cryptozoic came together for a Portal board game (update)

The Portal board game that Cryptozoic Entertainment announced last week didn't originate from within the company, a boutique publisher of tabletop games. The idea actually came from Valve.

Back in 2012, the developers who made Portal and Portal 2 — as well as their predecessor, Narbacular Drop — decided to try putting together a board game based on the first-person puzzle series. The internal team wasn't a massive group: "In general there's been two to three people actively working on it at a time, but in total about a dozen people have been involved," said Valve's Jeep Barnett, a member of the original Narbacular Drop team that Valve hired to make Portal, in an email interview with Polygon.

Valve worked on the prototype for a year before approaching Cryptozoic

"Portal: Uncooperative Cake Acquisition Game" is the non-final title for Valve and Cryptozoic's board game, a strategy game in which two to four players guide expendable Aperture Laboratories test subjects around a tiled board in an effort to "test in the most desirable test chambers," according to Barnett. It's a competitive experience: Once a player takes the lead, they win by eliminating their opponents' test subjects — or their own. At times it can be a cooperative game, but only when people are teaming up to prevent another person from winning.

"From the very first prototype, the core mechanic struck us as unique and compelling. As it evolved, it survived our rigorous process of external playtesting and iteration," said Barnett. He explained that while Valve has worked on other board game ideas, "this is the first that we're sure meets the quality bar that customers expect from Valve." According to Barnett, Valve worked on the Portal board game prototype for a year before approaching Cryptozoic in early 2013, hoping to enlist the tabletop publisher to lend its expertise and "add a final layer of polish."

Cryptozoic has published a variety of original board games, as well as titles based on properties licensed from comics, video games and other media. The company was impressed by what the team at Valve had put together, according to Cory Jones, Cryptozoic's president and chief creative officer.

"When presented with the opportunity to work with Valve, of course, we jumped at it," Jones told Polygon in a phone interview. "They had a game that they had been putting together, and it was actually really good."

Jones said that it's "not uncommon" for game studios to have some kind of internal group that works on board games — tabletop games based on video games are increasingly popular, he said, since there's a lot of crossover between the audiences for those two types of experiences. Outside companies often come to Cryptozoic with pitches and prototypes for board games, and while Valve's idea was a good one, Jones said "that's not always the case — we work with a lot of people [with games that have] varying degrees of polish."

Cryptozoic found that it didn't have to make massive changes to Valve's prototype, since "they had a really solid, functioning game already." When we asked what the publisher brought to the table that Valve may not have been able to provide, Jones said, "I think they could've done all of it internally, eventually." Instead, the work has consisted of "sharpening up" the design, and Cryptozoic has only needed to offer "minimal input," according to Jones.

"Valve had a great idea," he said. "I don't think it's exactly what you'd expect." 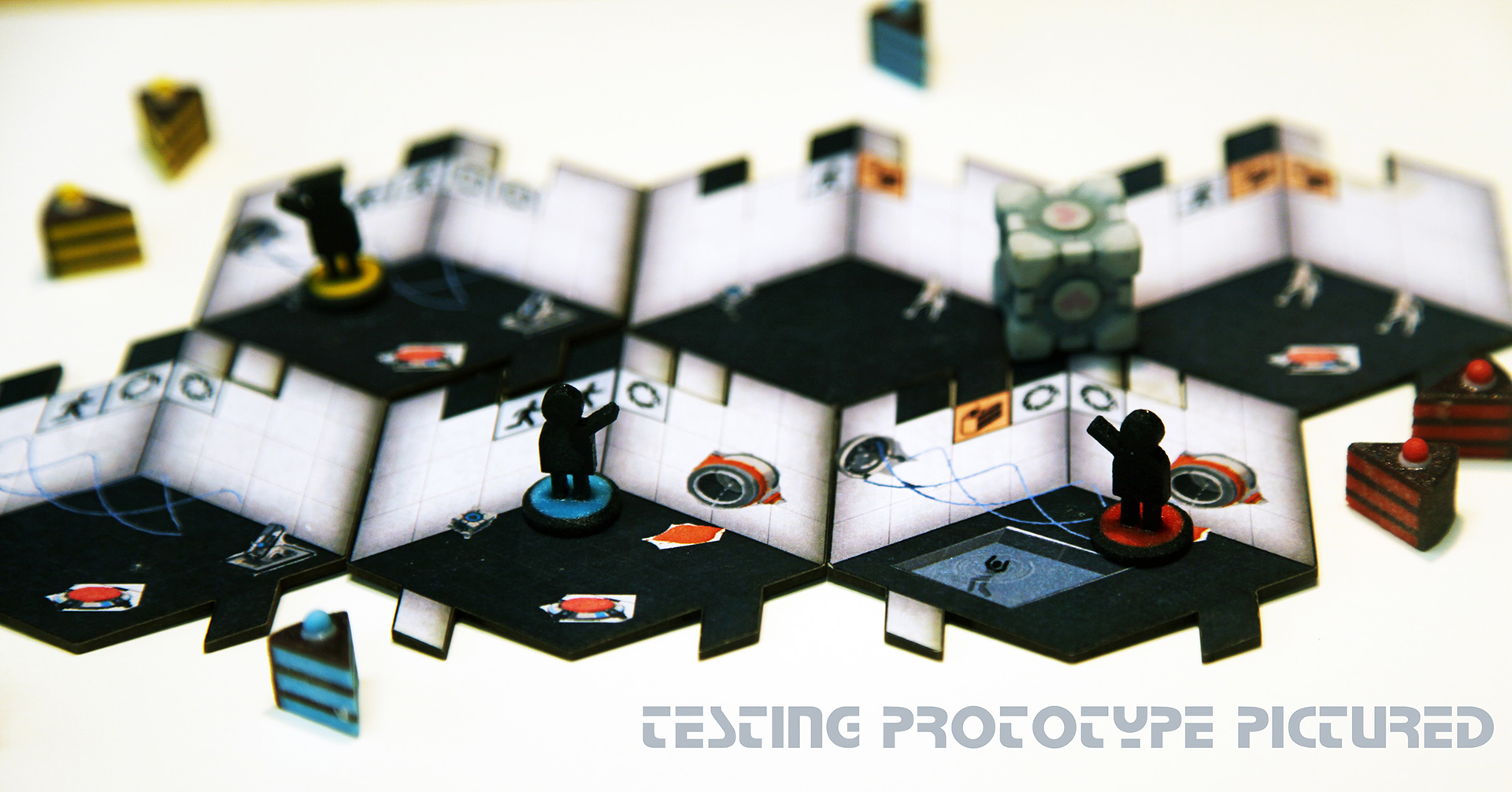 Cryptozoic is aiming to release the Portal game late in the fourth quarter of 2014, although Jones noted that "manufacturing sometimes has delays." Asked about the timing of the game — by the time it comes out, it will have been three and a half years since the release of Portal 2 — Barnett said, "This was designed to stand on its own, not as a promotional tool. While it may appeal more immediately to Portal fans, we tried to create something that was entertaining for everyone who tries it."

Among all the official and unofficial Portal merchandise in existence — everything from Weighted Companion Cube plushies to life-size turrets — this will be the first board game from Valve to see the light of day. Depending on the reception, it may not be the last.

Update: A representative for Cryptozoic told Polygon that Jones misspoke regarding the release window for the game: It is scheduled to be available in late Q4. We've edited the article to reflect this.