Gaming is my safe space: Gender options are important for the transgender community

Share All sharing options for: Gaming is my safe space: Gender options are important for the transgender community 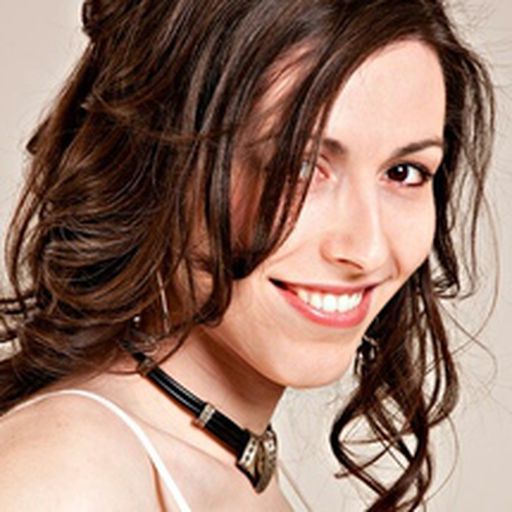 Gaming and the virtual world were really my only outlets to be myself before I came out as a transgender woman.

There were fewer games with female protagonists or the option to play as a female character a decade ago, but I took what I could get.

I know I spent a lot of time playing the original Tomb Raider series, Knights of the Old Republic, Metroid Prime, Beyond Good and Evil and others. I’m by no means alone in the trans* community for escaping to the virtual world. The virtual world is one of very few places we can safely escape to be ourselves. It’s where we can create an avatar that represents how we see ourselves.

I’ve loved every bit of it. I’ve always considered gaming to be a safe space and a positive space for fun as well as experimentation. It’s always been an escape from the real world into a place where I could be myself and go adventuring. It also comes with the added bonus of being able to cast spells, shoot cool weapons, and be an overall badass all while being in the safety of my own home where there’s no risks of death by dragon.

A needed escape into reality

The trans* community may seem confusing to most people. The "T" is often the least understood bit of the LGBT (Lesbian, Gay, Bisexual Transgender) community, even among the L, G and B parts of the community. Everyone has a gender identity, but explaining what a gender identity is can be difficult.

For those that are cisgender, meaning people whose gender identity matches the sex they were assigned at birth, gender identity can be particularly difficult to grasp. I think most of us have wondered what it’s like to be the gender they are not, however.

For those of us that are trans* identified, it’s much more than just wondering. We exist knowing that we are not the gender that matches the physical sex we were assigned at birth. It’s as if our body is the in-game character, and our mind is the player holding the controller assuming direct control over the in-game character.

The game of life has given us a character gender that doesn’t match us as the player. If you’re a guy, this would be like you were only given female gender choices in Skyrim, or if Commander Shepard was always Femshep. I know how awesome that sounds, because we all know that Jennifer Hale did the best job as Shepard ... but you get my point.

This mismatch of mind and body creates an incongruency, or dysphoria, that can be very painful. Dysphoria is a strange word, but it essentially means the psychological and physical pain that comes from the mismatch of the physical body and gender identity.

Here’s another example of how to understand this. Imagine you slipped on an Oculus Rift, and in that virtual world you existed as a person that was not your gender in the real world. You'd look down and see a body that didn't feel like yours. Your voice wouldn't sound the way you'd like to express yourself. In some cases the sexual options available to your character don't match your sexual feelings.

Locked in a body that doesn't feel like you

It may not seem so bad at first but, over time, dysphoria would really become an issue as you come to realize that this is the body you’ll have to live in forever. That’s what it’s like for those of us in the trans* community every day of our lives, and unfortunately for us, we can’t take off the VR helmet, even though we wish we could.

Many of us that are trans* identified or are questioning our gender identity find solace in the virtual world. Games like The Elder Scrolls, World of Warcraft, Mass Effect, Dragon Age, Second Life, and any other game that allows character creation with gender choice give us the opportunity to be seen as and interact with the world as the gender to which we identify.

The body is what feels dishonest to us, the character's gender is real.

That experience can provide a sense of peace from the dysphoria we experience throughout our day-to-day lives. That sense of harmony, and contentment provided by the virtual world by alleviating that gender dysphoria for a brief time helps us to better understand ourselves. Who knew that gaming could help such amazing personal growth?

While all of these gender positive things happen, there’s a flip side. When trans* folks come out, many times we are met with fear, ridicule, and hate, even in the safe space of the gaming world. Often times the reaction is as if there was some sort of deception involved, as well as the "ick" factor.

I think people turn to the stereotype scenario of the "creepy old dude" posing as a sexy elf maiden. The truth is that we’re not deceiving anyone or lying about our identities. It’s actually the opposite. We’re being totally honest about who we are and how we see ourselves. The body is what feels dishonest to us, the character's gender is real.

The idea of the Oculus Rift and true virtual reality is intoxicating and is something I have thought about a lot since hearing about it for the first time back in the fall of 2012. The idea of being able to put on a headset and finally truly exist in a virtual world in first person is amazing.

To someone that is first learning about themselves and their gender identity, being able to use the Oculus Rift to visit a virtual world, look in a mirror and truly see yourself for the first time is an amazing opportunity. It’s something I wish I could have experienced when I was younger. Games provide that same ability on a smaller and more accessible scale, and the gender options in games are an important, even necessary thing for some in our community.

As the gaming industry grows and matures, and virtual reality becomes more prominent in our lives, I hope that the virtual world will continue to serve as a safe space for anyone looking to gain a greater understanding of who they are, not just for the trans*gender community, but for everyone.

Jessica Janiuk is a software developer, gamer, and speaker on gender issues based out of Des Moines, Iowa. She is an out and proud trans woman known for her activism and gender education efforts in Wisconsin and the upper midwest. You can find her story and life insight at www.jessicajaniuk.com.