Engaging the hardcore: the thinking behind Wind-Up Knight 2's unique take on free-to-play

Share All sharing options for: Engaging the hardcore: the thinking behind Wind-Up Knight 2's unique take on free-to-play 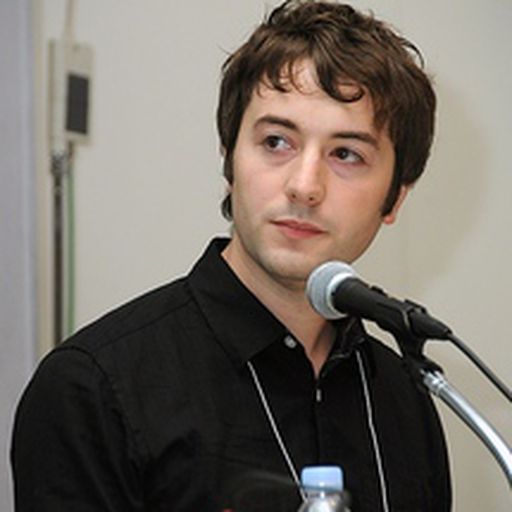 The email in my inbox was titled "Hell Yeah" and contained a screenshot of the achievements screen from our 2011 iOS and Android game Wind-up Knight. The sender had completed every achievement available, which is quite a feat; of the ten million people who have played Wind-up Knight, only about 0.1 percent completed the final level, which is played upside down.

This player was hardcore and clearly loved the game, but his exuberance was not simply a product of our game design; he was also very proud of having finished Wind-up Knight without spending any money. He’d completed the whole thing for free.

He is not alone. In the two and a half years since Wind-up Knight came out, we have continued to receive similar messages from incredibly enthusiastic players who have finished the game for free. They do this not because they are cheap, and not because Wind-up Knight is expensive; they do it because we told them that progressing without spending money is possible but exceedingly difficult.

In Wind-up Knight, the player had several choices when choosing how to unlock the game. They could buy all the unlocks at a discount, or pay for them piecemeal as they made progress. Or they could buy the unlocks out with in-game currency, but to get enough they had to get S or A rank on every level. Since grinding was not supported in that game, folks who wanted to unlock the game for free were forced to absolutely master the levels before the paywall. They also ended up spending all of their coins on the unlock, which restricted the number of items they could purchase for free. So the hardest of the hardcore players tried to S-Rank every level using the default suit of armor in order to 100 percent the game without ever spending a dime.

Our intent was to present a reasonable balance between cost and effort so that folks would not feel forced to spend money. But these players took it differently. They took the message as a direct challenge: are you elite enough to finish this game for free? The thing is, they enjoyed the game more because of it. Not paying us anything became the meta-game.

The problem with developing a challenging skill-based game on mobile today is that there are not a whole lot of great ways to actually make money with it. We’re a small team — there are just four of us — and our break-even point is pretty low compared to many of our competitors. Still, our experience over the last several years suggests that shipping a premium game on Google Play or the App Store is incredibly risky.

A free game, even one with a simple content unlock, is almost certainly going to do better. Wind-up Knight’s model was popular with players, and the game was profitable for us, but it was also a freshman effort; we made a lot of mistakes that hurt our bottom line. There are, of course, many other free-to-play models out there, and every expert we’ve talked to has advised us to follow some variant of whatever the flavor-of-the-quarter is.

They took it as a challenge: are you elite enough to finish this game for free?

But those models, while fine and dandy for the games they host, do not fit well with skill-based game play. If you have the skills to progress, why should you have to wait for energy? If you have the skills to progress, why do you need to roll some dice, or buy a chance at a random item, or power-up your character’s stats? Most of the popular systems today are based on subtle forms of friction that are mostly orthogonal to skill. For the player that is trying actually improve his ability these systems feel clunky at best and downright unfair at worst.

The balance between player skill and our bottom line is something that we’ve struggled with for every game that we’ve made. The solution, I think, must be found off the beaten path. If free-to-play is the New World, Candy Crush Saga and Clash of the Clans are the well-established cities of New England, and we must strike out into the vast, untamed wilderness beyond.

The key for us was the "Hell Yeah" guy. Not that player in particular, but folks like him. Folks who saw making a purchase to overcome a progression challenge as a form of failure. Folks for whom the existence of in-app purchases actually improved the game experience, even though they never purchased anything, because it gave them a goal: keep getting better.

Our new game, Wind-up Knight 2, comes out today on iOS and Android. Though mechanically similar to its predecessor we feel this sequel is a dramatic improvement in every category. This time we’ve tried to carefully structure the game and its economy around a central tenant: We want to encourage the player to keep getting better. We need them to become really good at the game so that we can take off the training wheels as early as possible and throw them directly into the most challenging and most interesting levels. The better they are, the more enjoyment they will get.

To that end we want everything, including purchasing decisions, to encourage the player to become more skilled, even if they ultimately choose not to buy anything.

Actually implementing this idea has forced us to break most of the golden rules about good free-to-play monetization design. For example, we have items that the player can buy to power up and make it easier to make progress. But these items are not consumable, you simply buy them once and keep them forever. And though some items are very powerful, each is designed to only address a specific form of challenge.

You could buy a hard hat to block a falling boulder, or a special suit of armor that lets you pass through fire jets, but you will still need to deal with enemies, jumps, and all sorts of other challenges on your own. Spending money will let you buy items that will make the game a bit easier, but at the end of the day you still need some skills to finish. This is the critical part: No item purchases are required to complete the entire game. Those players who wish to put their pride on the line and attempt to clear Wind-up Knight 2 with the default suit of armor will find it a significant but incredibly rewarding challenge.

Another aspect of our model is the interaction between our paid content unlock and a new mode we’ve added called Tournament Mode. As in Wind-up Knight, players get several levels for free before they are asked to buy an unlock to access the rest of the game, and those players who buy early enough will get a significant discount. But Tournament Mode can be played indefinitely for free, and it allows players who have not unlocked the game to try levels that they would not otherwise have access to.

Tournament Mode is a leaderboard challenge that operates on tickets, much like a traditional arcade game. You play a selection of levels that changes daily, and your goal is to collect as many gems as you can before dying.

One hit, though, and it’s over. Scores are reported on a daily leaderboard and you can win special items by reaching certain score thresholds. Though you need tickets to play, we give a certain amount of tickets away for free every day, so you never need to spend money to compete in this mode. Those that do spend money might be able to raise their scores with better items or more tickets, but a skilled player will beat a wealthy player every day of the week.

The message is clear: if you want the reward items, and if you want to rank on the daily leaderboard, you need to get better. And if you spend some time improving your skills with Tournament Mode, you will be better prepared to take on the crazy levels that reside beyond the pay wall in the main game, should you choose to unlock it.

Our friends who are experts in this field tell us that content unlocks do not monetize well. They encourage us to add consumable items, or an energy system, or any of the subtle forms of friction that encourage people to buy repeatedly to make progress. Instead, we’re banking on a system that incentivizes the player to get better by allowing them to avoid a purchase if they skill up. This model removes the inherent unfairness of paying-to-win in a skill-based game, and we think it will increase enjoyment for some players by giving them a hard long-term goal.

Can the existence of in-app purchases actually improve the quality of a game, even for those who do not buy anything? So far, we seem to be on track; based on statistics from our early access release last month, about 40 percent of players who reach the pay wall decide to purchase it, which is a strong indication that they are having fun.

By day Chris runs Robot Invader, a tiny game development studio in Silicon Valley that has just released Wind-up Knight 2 for iOS and Android. Before founding Robot Invader Chris worked at Google on video games for Android and spent a number of years shipping console games. Under the cover of night he maintains a research blog devoted to the dissection and analysis of horror games. Reach him at @c_pruett.