DayZ and Rust are already massive hits, and the huge number of sales have come before either game is finished. They are both early access games in the truest sense; neither game feels close to being finished, and large changes are coming at a steady pace.

Barrels of ink have been spent trying to figure out why these ultra-hardcore and often punishing games appeal to such a large audience, but a new genre has been born, and that attracts big companies with big budgets.

It’s not surprising that Sony Online Entertainment is swooping into this brand-new territory with H1Z1, a game that seems to ape much of what of makes games like DayZ so interesting. You’ll be exploring an open world set after the zombie apocalypse, and of course other players will be just as dangerous as the walking dead. You’ll be able to trade items in a working economy, or grab and defend safe houses. 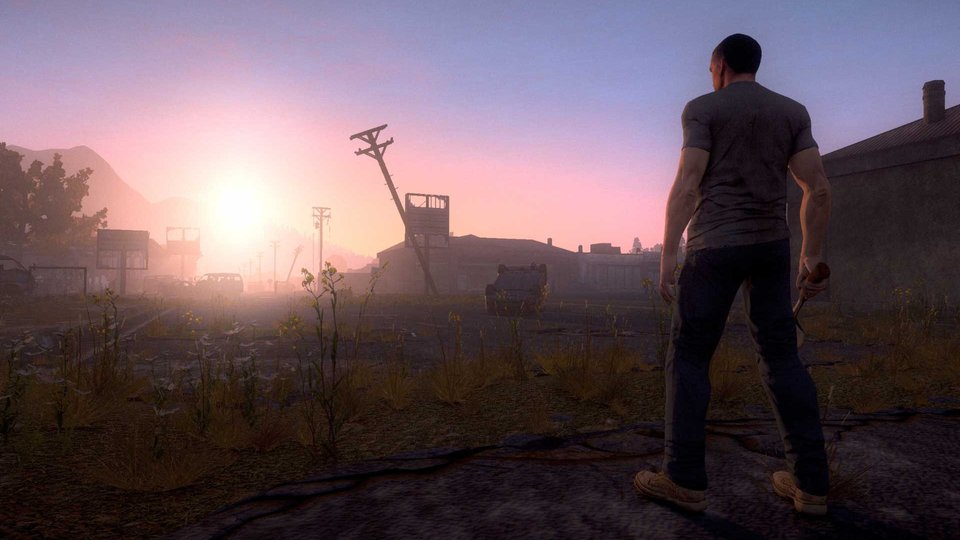 H1Z1 is a game that promises much of what games like DayZ and Rust could eventually become, and the game will launch on Steam’s early access program for $20. It will ultimately be free-to-play, which means that players will seemingly pay more for the ability to play an early, unfinished version of the game.

We’ve reached the point where we’re paying companies to test their games instead of the other way around, but it’s hard to blame SOE when this approach has proven so popular with players, and helping to guide the course of development through your playing can be attractive as well. When players begin to wave money at their screen, it seems silly to get mad at companies who are willing to take it.

Why this is important

Sony has long been a more nimble company that Microsoft in the gaming space, and that ability to adapt has paid off in the current generation of consoles. Releasing a game on early access, making the development iterative and inviting players to share their feedback and help guide the features and even create in-game items are all things that we’re used to seeing from smaller studios. SOE is even promising different servers with "very different rule sets."

It's also worth nothing that the game is coming to the PlayStation 4, where it has no competition in open-world survival games.

This is all more evidence that the landscape for online games is changing, and a movement away from scripted content into more open sandboxes where other players create game play and conflict, without charging a monthly fee, makes games like The Elder Scrolls Online seem even further behind the curve. The revenue earned by DayZ and Rust have legitimized this approach, but companies as large as SOE moving in that direction will make the ruts in that particular road a bit deeper. Expect others to follow.

The opportunity that’s in front of Sony with this game depends on the company’s speed. It’s unknown whether there is brand loyalty towards DayZ or Rust, and the game’s development can often feel like it’s moving at a glacial pace. If Sony can move ahead of both titles by offering a game that scratches the same itch while delivering an experience that’s more polished and closer to a retail game, especially if they’re able to add features and improve on graphical fidelity, the possibility of eclipsing both games is certainly there.

There’s also the danger that players burnt out on both existing games before they’ve even been properly released, and fans could be ready to move onto something that could offer more game play options and improved stability.

DayZ and Rust haven’t had to do much to keep their player base, since they’re the only games offering this sort of experience on this scale, and the two titles are drawing apart in terms of scope and game play dynamics. It shouldn’t upset anyone that SOE is moving in to provide more competition, and potentially force both games to compete on features and, above all else, polish.

Sony Online Entertainment has been attracted by the huge sales of existing open-world survival games, but that’s not a bad thing; many games in this industry have been improved when a company moves into a genre and does it better than the team that created it. An aggressive push into open-world survival by a company with the know-how and infrastructure to provide a more polished online experience is exciting, and will only make everyone fight harder for the existing user base.

This is all hypothetical, as very little real-world content for H1Z1 has been shown. It could launch with the same issues and frustrating glitches as its competition. On the other hand, if its able to match Dayz and Rust in features, if not exceed them, while feeling like a more finished game, SOE could have a very big hit on its hands.

Is SOE swooping in now that smaller companies have proven the genre? Sure. But I don't mind anything that could make the development of DayZ move just a bit faster. The field just got a bit more crowded, and I'm happy to have bigger companies fighting for my open-world survival dollar.