Lego the Hobbit complements both franchises.

Lego the Hobbit is the best way to engage with the fictional world of The Hobbit short of reading the original book.

Traveller's Tales' Lego games have always added a humorous spin to whatever property they were paired with. The team has found a perfect match in The Hobbit — the lighter, friendlier prequel to JRR Tolkien's Lord of the Rings series.

Lego the Hobbit takes inspiration from the slightly overblown recent films and runs with it, creating a plastic universe that's warm, funny and inviting. The storytelling is succinct, the gameplay is familiar and comfortable, and the world itself is a pleasure to explore, lending to a sense of adventure grander than the tiny plastic bricks would lead you to expect.

Lego the Hobbit doesn't stray far from the formula set by previous Lego titles. Its action heavily emphasizes interplay among characters, all of whom appear as the signature Lego mini figures. All of the architecture, flora and fauna of the world are constructed as Lego blocks, much of which you can smash to collect millions of tiny studs (used as currency) and find hidden items.

You always play as a team in Lego the Hobbit — either with a co-op buddy or with an AI companion or twelve — and each character has unique attributes, necessary for solving puzzles. Gandalf can use magic on special blocks and light up dark areas, for example, while most dwarf characters carry a hammer for pushing heavy blocks. Tauriel, a female elf warrior, has a bow and can leap higher than the dwarf and hobbit characters. There's a strong sense of flow to using one character to latch onto a hook, another to jump on his back and leap across a chasm and another to mine precious resources in the newly-accessible spot. I felt like I was playing as a team of friends, and that reinforced the fiction.

I felt like I was playing as a team of friends

The new crafting system also makes a certain kind of sense, given the medieval fantasy setting and prevalence of dwarves. This system had me mining and collecting raw materials so that I could craft keys, build bridges and complete side quests. It functions, though it seemed shallow at first — whenever I needed to create something in a main story quest, my immediate surroundings were filthy with resources. I enjoyed crafting more in optional quests, where I had to scour the land for the right parts. I felt more rewarded than ever for my diligence in destroying all of the Lego scenery around me.

The game's cutscenes — which follow the story beats of the films — are so good that they also felt like a reward. In Lego tradition, they are beautifully animated and often funny, with little Lego gags at every opportunity. I actually enjoyed these scenes more than the movies themselves — they were shorter, cuter and snappier, and always contained plenty of little sight gags and jokes. 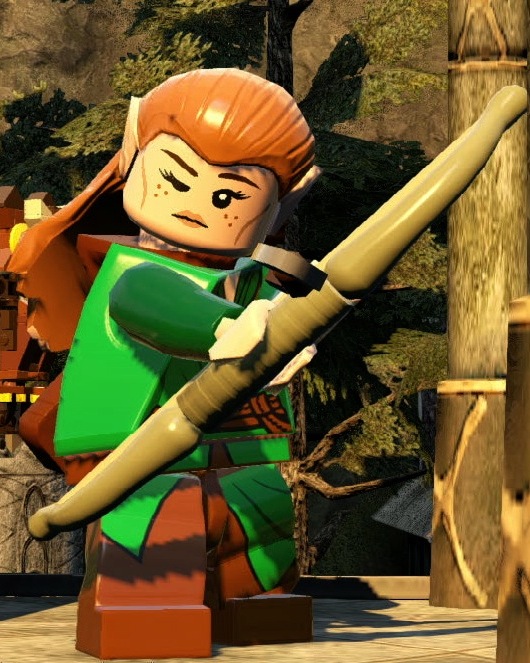 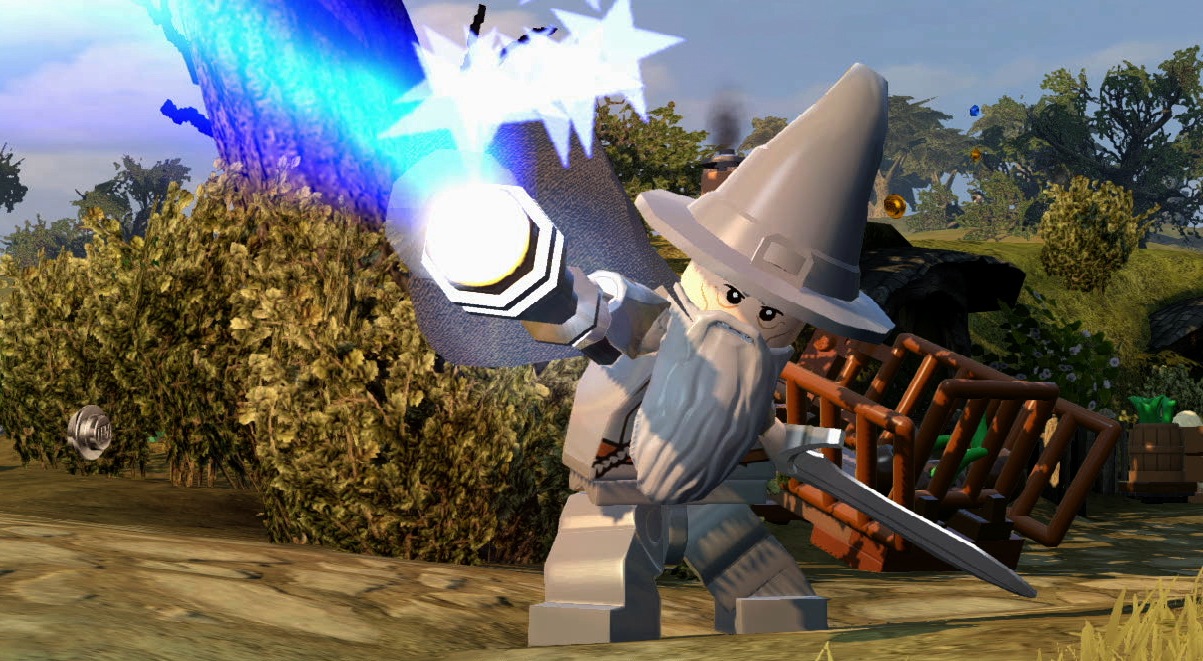 Lego the Hobbit's touch of levity kept me interested even when the gameplay became formulaic. In most sequences, I smashed up the surrounding Lego blocks, solved a few basic puzzles and moved on. Sometimes, a combat sequence or platforming section would spice things up. These are worthwhile for the change of pace, but plain. The gameplay slips into a comfortable rhythm, but the simplicity grew stale after a few hours.

In order to alleviate this repetition, Lego the Hobbit features open world segments that allowed me to run off the beaten path and complete optional quests. I had to go find a lost blacksmith in a mountain cave in one, and play a deranged Lego version of whack-a-mole in another — nothing too exciting, but these diversions are useful for breaking up the action. And my efforts here were always rewarded with unique items or hidden characters. It was always worth it to take a break from the main game to see what was just over the horizon, and it made me appreciate Lego Middle-earth even more.

Lego the Hobbit complements both franchises

There's a lot of joy in the aesthetic of Lego the Hobbit — in just seeing how, say, Rivendell was Lego-fied. Lego Middle-earth is an exciting place to explore — and I loved that the game let me run amok in it. In fact, Lego the Hobbit's succinct storytelling and engrossing world actually added a lot to my appreciation of the fiction. This stands as my favorite adaptation of the book.

About Polygon's Reviews
8 xbox one
8 PS4