The latest must be the greatest in sports video games

Share All sharing options for: The latest must be the greatest in sports video games

Ask a fan for his favorite sports video game and you'll rarely get a current one. You may not even get one for a console still in production. Warhorses like NHL '94, Ken Griffey Jr. Baseball and the venerated NFL 2K5 come up a lot. Among mine are NCAA Football 2004, MVP Baseball 2005 and College Hoops 2K8, and none of those series even exist anymore.

Nostalgia may have a lot to do with it. In present day, however, there still is the deep, demanding expectation that the latest edition be better than anything preceding it, if not everything ever attempted in that sport before. One might think an audience that cherishes old and long-since outdated titles might be more forgiving if the latest version of FIFA or NBA 2K isn't as compelling as a landmark entry earlier in the series.

I share these dissonant attitudes, too, as a fan and as a critic, so I don't consider latest-better-be-the-greatest to be an unreasonable expectation. Still, it underlines a pressure unique to the sports genre: You're going to be judged against your most recent work, and the longer the gap is between your last best edition and the current one, the harsher the criticism.

"If you're asking someone to go out and pay $60, year in and year out, I'd certainly, as a fan, have that expectation," said Rex Dickson, the creative director of Madden NFL. "You not only want to see something worth paying $60 again, knowing I paid that 12 months ago, but you also want to know the franchise is building in the right direction."

Dickson's office, EA Sports' Tiburon studio, is down to two series releasing in this year: Madden NFL and NBA Live. Both are dogged as much by comparisons to long-ago editions in their own series as they are to competitors. Fans routinely wave the bloody shirt of NFL 2K5, the last in that cancelled series, as being better than anything Madden does now two console generations later. Yet they also forget what a powerhouse Madden NFL 2005 was, when both released 10 years ago. 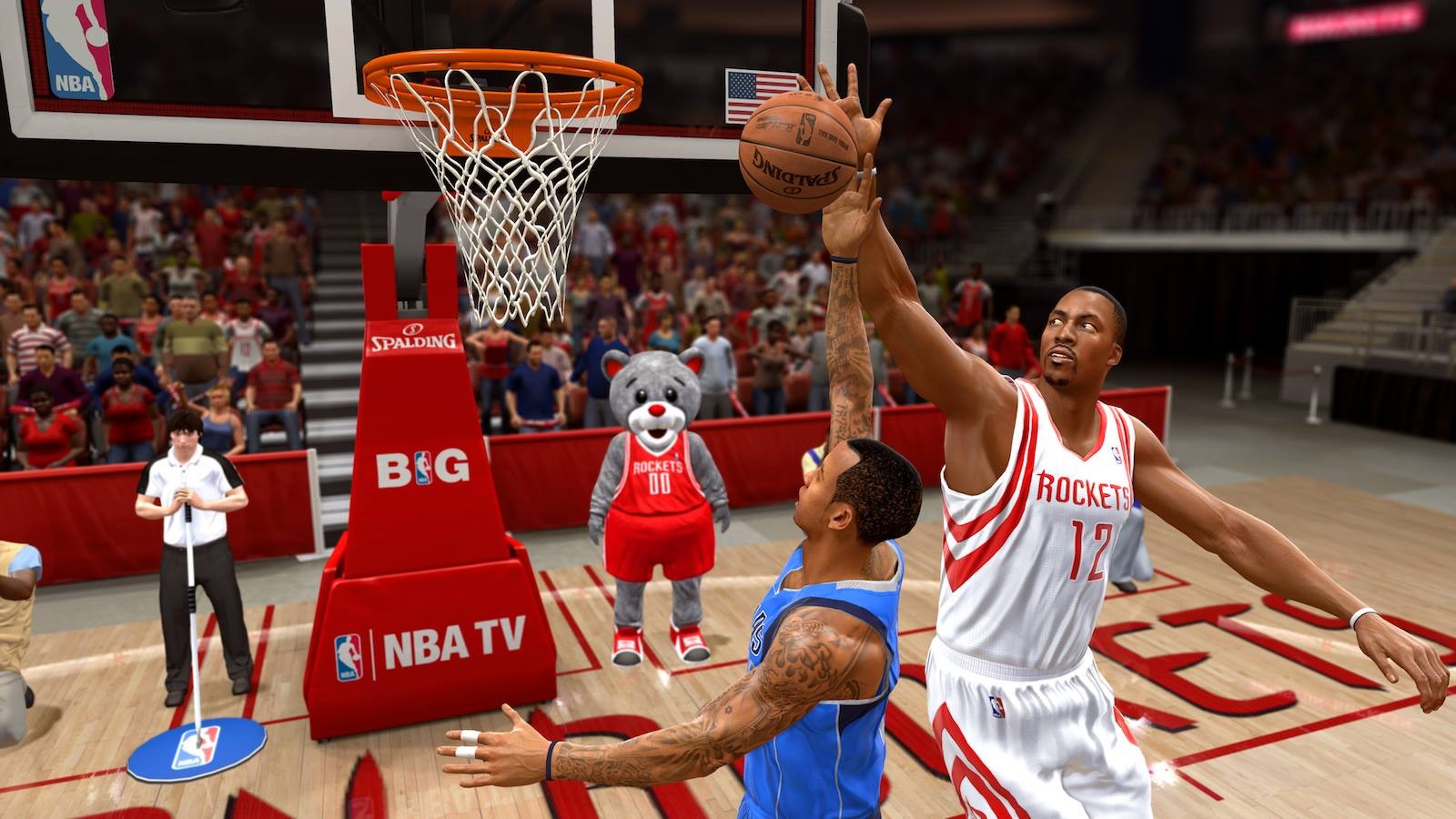 NBA Live stumbled through a disappointing launch, though it did shore up the title a good deal with a large patch in February. That said, it also has a legacy to live up to. People forget that, in terms of critical reception, NBA Live 10 finished nearly in a dead heat with NBA 2K10, at the time the best in a juggernaut series. Yet EA Sports chose to completely remake the game instead of iterate on Live 10, literally losing all of that progress in the four years between releases.

Sean O'Brien, NBA Live's executive producer, candidly agrees that what his team has on shelves now is not the best game in the series — even if it's on more advanced consoles compared to a sibling four years older.

"It's hard to compare the two but I'd say, right now, I don't think we're better," said O'Brien, who said that judged against modern standards NBA Live 10 "is not a great game," either.

"I think we're on the path to being much better," he continued. "The technology foundation is much better, and I think what we will see in NBA Live 15 is much better. But in Live 10, we had more game modes and better gameplay."

Sports developers, like fans, have their favorites, too. Larry Richart, a longtime designer for Madden, got his first job in production with Madden 2005. He doesn't feel like he still works in its shadow, but when asked for his favorite he said Madden NFL 13, not the latest, Madden NFL 25.

"Just between playing 12 and 13, it was night and day what you could do being a passing quarterback," said Richart (who, I'm always compelled to remind readers, was a backup quarterback at Florida under Steve Spurrier). "And we also introduced the real-time physics, so it was just a really, really big year from the technology standpoint."

Developers have their favorites, and it's not always the latest one, either

Ryan Ferwerda is a longtime Tiburon alumnus who has worked on just about everything the studio has produced (including NASCAR). He's now a producer for NBA Live. Asked his favorite, he all but donned a trilby before uncorking this one: Madden NFL 2002. On PC.

"At the time it never got the credit I thought it deserved," Ferwerda said. "Madden 02, it had a full, legitimate online franchise. It was also the first game that the PC version had an engine that was up to a PS2 engine So it had this amazing PS2 gameplay, but it also had all of these connected features."

Only Dickson chose the most current edition of anything — NCAA Football 14 — though it's mostly because he is new to the studio, coming aboard in 2012. Before that, he had worked on first-person shooters such as Medal of Honor and Homefront.

Shooters are a genre that see annual releases, particularly with Activision's Call of Duty. Though fans disappointed in the latest game might insult it as a glorified map pack — its own version of the "roster update" epithet hurled at sports titles — a previous, better edition is fully viable in present day. Indeed, the preceding two and three years of Call of Duty releases often hit the top 10 most played games on Xbox Live all together.

Dickson sees no comparison between annualized shooters and sports. "They have two studios working on [Call of Duty], which is how they can do on-cycle and off-cycle development," he said. "Assassin's Creed is structured the same way, with one studio doing advance work. Even big studios have proven you can't do it with just one team. You can't reinvent the world story and mission structure [in a year], and even then you may still see the same type of missions."

These pressures are unique to annual sports video games

Yet if a game in a sports series just one year old feels outdated, at least the things that most make it feel old — uniforms, rosters, occasionally a stadium — are rather straightforward to build. No one's inventing a new story and characters from whole cloth; a lot of what is in the game is carried over from last year's game, which makes the "latest is the greatest" demand seem more reasonable. Isn't a year for a studio to make a game that stands on the shoulders of its ancestors plenty of time?

It is and it isn't, Dickson said. On NCAA, "We'd spend July through December working on new mechanics and features, but as we turned the corner to a new year, we are done building new features and we're on into the alpha phase," he said. "So really, we have only half the year to spend on new features." This probably highlights why NBA Live in the two years it attempted to build a new game from scratch, 2010 and 2012, simply could not launch the game.

Some of the new features also are long-term projects whose improvement depends on iterating through three or, in the case of Madden's real-time physics, five years. That means lingering problems, like the run-blocking for which I harshly criticized Madden NFL 25, almost necessarily remain, where gamers and reviewers get tired of pointing out their existence year over year and grade the title down for it. It was a long-running annual promise that "psychic defensive backs" had been removed from the game, and only recently have they vanished.

Every developer I talk to, whether it's these guys, or their colleagues at EA Canada, or those who make MLB the Show, and especially 2K Sports, don't begrudge the demand that what they're building today must be the greatest thing you've ever seen. NBA 2K had a mind-boggling three-year run where it did exactly that. The Show 14, though not without shortcomings, is legitimately the best game in that series, making its predecessors feel thin and missing something.

"We have to build in a foundation," O'Brien said, "so we should continually improve each year. My vision for NBA Live is that we will look back and see that the game has gotten better, and that we've finally gotten to the point where we can say the game is the best one ever."