Single player could be next for spaghetti western shooter Secret Ponchos

Share All sharing options for: Single player could be next for spaghetti western shooter Secret Ponchos

Secret Ponchos is a visually compelling isometric action game which blends the twin-stick controls of movement and firing with a fighting game's need for spatially aware tactics.

The upcoming Windows PC and PlayStation 4 online combat game can feature as many as eight players fighting it out in a free-for-all, or other modes of play. Players get to choose from five different characters each with unique primary and secondary attacks, movements and moves.

While the game will be released as a multiplayer-only title, Yousef Mapara, president and creative director of developer Switchblade Monkeys, said that the team is looking at adding AI controlled characters to the game following its launch.

"We have AI bots in development," he said. "AI gameplay modes would be with existing characters from the game as bosses and with hordes of gunmen."

He said the team started messing around with AI controlled characters for use in single-player modes before they decided to port the game to PC.

Ultimately, they decided they needed to either spend their time polishing the game as it was, or use the time until launch to add the AI. Polish won out, he said.

The PlayStation 4 version of the game is set for a fall launch, with the PC version sometime later.

While PC players will have to wait for the final game until after the PS4 version is out, they will still be able to play with the game a little in as little as six weeks because the team plans to release it on Steam Early Access. 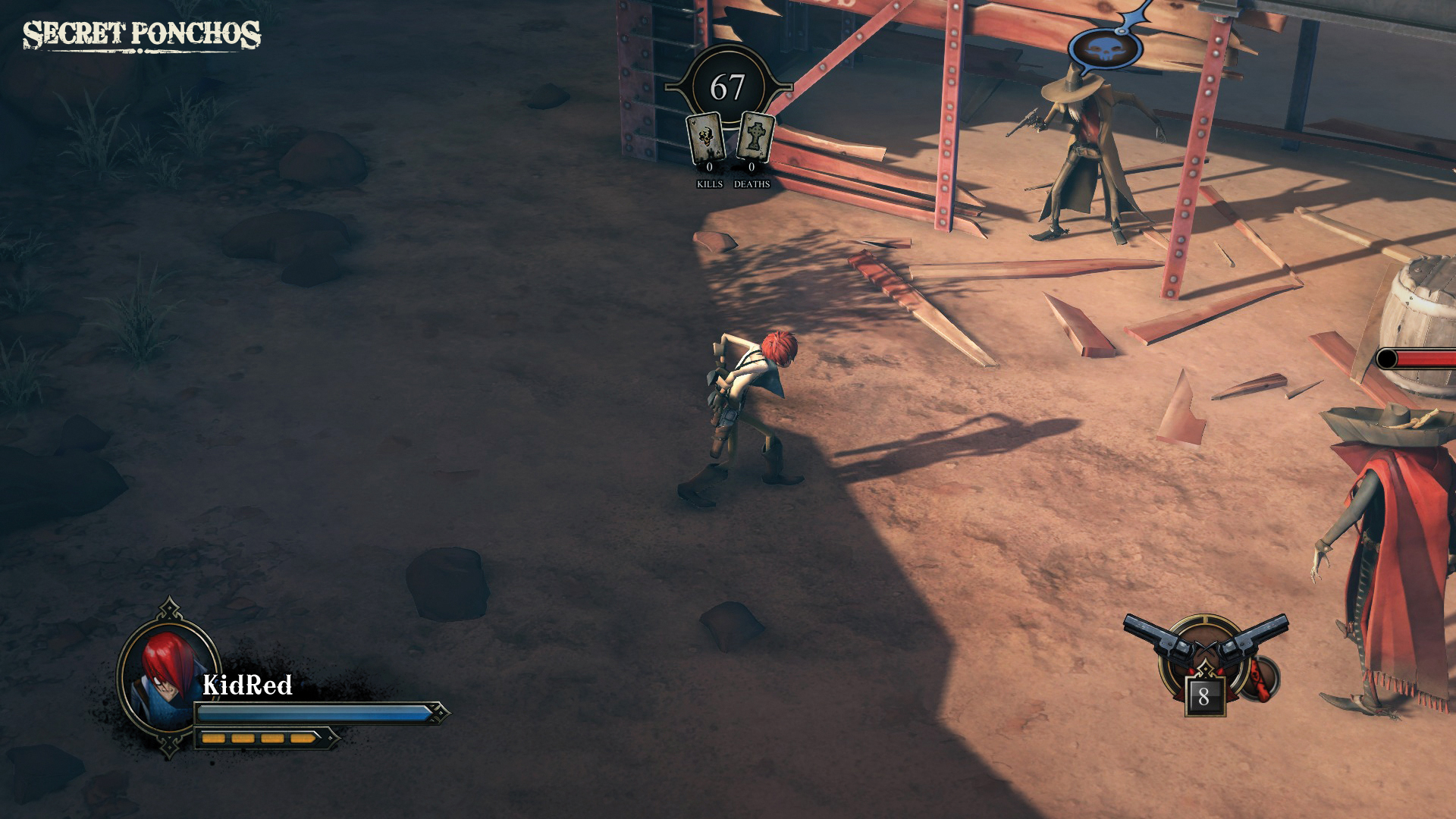 Caley Smyth, senior interface designer at Switchblade Monkeys, said the team had gotten pretty far on the single-player AI-driven content before switching gears. It was, he said, what they started on first.

But once the game attracted more attention and had to be brought over to Sony Computer Entertainment's PhyreEngine, the team decided to refocus the experience on multiplayer.

The plan is to launch the game with five characters and a multitude of maps and modes, but the developers at Switchblade Monkeys also want to continue their support of the game post launch.

"We want to keep releasing characters as the game goes on," Smyth said.

Mapara added that they also know to be careful with their approach to downloadable content.

"We don't want to monetize the game," he said. "We want to sell a complete product, but we also want to keep expanding the universe."