The continuing evolution of Evolve

Share All sharing options for: The continuing evolution of Evolve

The tactically rich first-person shooter came to PAX East this weekend with a substantial change to the way the monster evolves over the course of a match.

When an early build of the game was shown off in February to the press, the sole playable monster at the time, the Goliath, started out by choosing a single one of its three abilities. As it leveled up over the course of the game, the player would be given new abilities.

But Denby Grace, executive producer on the title at 2K Games, said that players found the process of controlling the creature and adding in new abilities a little confusing, making the monster frustrating to play.

Under the new system, players are granted skill points, which can be used however they want, to give their monster abilities.

"You can choose to spread your skill points across three abilities or max one of those abilities up," he said. "It's really made your choices much broader."

The result allows the player who is controlling the monster to decide whether they want to be super aggressive immediately or methodically level up all of their skills.

So far, Turtle Rock has only shown off one monster: the Goliath.

The Goliath has four abilities: It can throw massive pieces of the earth at the hunters, it can do a charge attack, it can do a leap attack and it can breathe fire.

The change in the way those abilities level up has had a massive impact on the way people play the game now, Grace said. 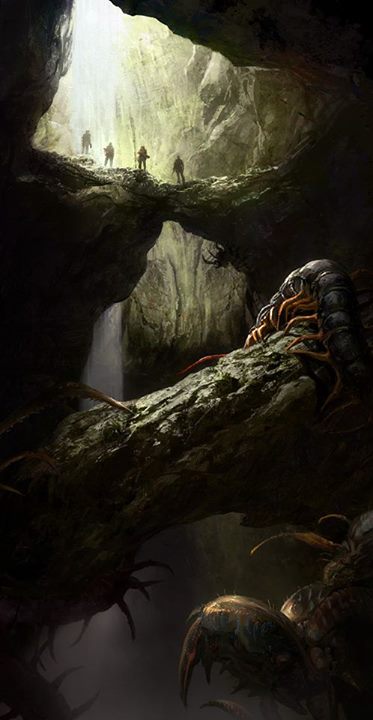 "It has made for some really, really interesting strategies," he said. "That was the biggest change we made."

But it wasn't the only one. As the developers work toward a launch on PlayStation 4, Windows PC and Xbox One later this year, they continue to polish the look of the levels and the animations in the game, and add new details like increasing the density of the foliage.

And those graphical details play a critical role in the game.

Evolve is a strategically complex shooter, a game that pits four hunters against one massive enemy. Initially, typically, the hunters are on the prowl trying to discover the monster.

The team is made up of a trapper, support, assault and a medic. Each class has special abilities and weapons that need to be used with the rest of the team to be effective.

In my time with the game, I controlled the trapper. The trapper has a submachine gun, but his central role in the game is locating and trapping the monster. He can do this with a variety of tools. The trapper has spikes he can place into the ground to listen for nearby movement from the monster. When the creature passes by a spike, an icon shows up to alert the trapper where the monster is.

Once the creature is spotted, the trapper can use a harpoon gun to lance the creature and temporarily prevent him from running away. He can also toss a device into the air that forms a large force field dome over an area, trapping the creature inside.

Once trapped, the other classes can move in to provide support, heal and deal massive damage to the monster.

But the key is teamwork.

While the trapper is the only class that can pin the monster down, he's not the only one that can track.

Tracking is dependent on looking for a lot of subtle signs, signs that can change based on which monster is being tracked or even what map is being played, Grace said.

The most obvious sign to look for, at least with the Goliath, is the occasional glowing footprints. If you're quiet, a player can also hear the monster snuffling or smelling for prey, or the sounds of its massive footsteps.

All of the maps include their own particular, and dangerous, types of flora and fauna. 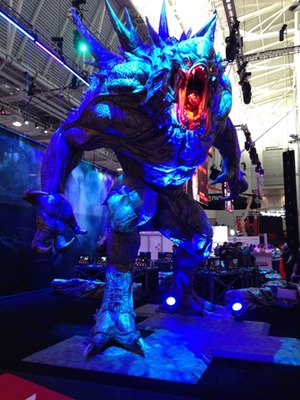 On the jungle map we played in there were small meerkat-like creatures that Grace said could serve as a sort of alarm system.

"They're too small for the monster to eat, but when he passes them they have these low screeches they make," he said. "They're called spotters."

One way the monster evolves is by eating some of the wild animals in the map. When he does, he leaves their corpses behind, which can be used to help track him. The corpses will also eventually attract birds that will circle overhead, Grace said.

"It goes really deep. A lot deeper than you initially think."

The game also has buffs that can be unlocked by the hunters for certain kills. For instance, taking out a set number of spotters will give a hunter something called "animal scent," which allows him to spot the monster from 100 to 200 yards away through everything.

The most recent changes to the game were spurred in part by the vast amount of telemetry the developers use to track how their game is being played by testers and staff.

"Everyone, it doesn't matter if you're a secretary or the president, has to play the game for at least two hours a day," Grace said. "We use that telemetry to see how people play the game."

So, for instance, they know that the sweet spot for a match is about 12 minutes; that's the amount of time it takes for players to get the most out of a match, he said.

And Grace and the Turtle Rock team have been paying close attention to how the game is being played at PAX East this weekend.

"My biggest fear coming to the show as that the monster would dominate in every single game," Grace said. "But we've seen a pretty even split, like 60/40 toward the monster."