Tales of Symphonia Chronicles is a bare-bones update.

Chronicles brings together the original and its Wii sequel, Dawn of the New World, to commemorate that 10-year anniversary. With this re-release, Namco is giving a whole new generation of RPG fans a chance to play one of Tales Studio's most warmly regarded creations in high definition for the first time.

Long-time fans might be eager for an excuse to replay Tales of Symphonia, while a whole new generation of RPG players may have never been exposed to it to begin with. Unfortunately, neither Symphonia nor its sequel benefit much from the makeover.

Tales of Symphonia stars a diverse group of fighters led by wannabe-macho-man Lloyd. His friend Colette has been chosen by the powers-that-be to resurrect a sleeping goddess, end a war between races and heal a broken, dying land. Lloyd and a growing party escort her across the world on this mission in the typical "ragtag band of heroes save the world" scenario. It's a generic setup, but Symphonia's characters are likeable and the fiction is fleshed out with lots of little details, like NPCs chattering about historical background and uniquely stylized architecture in each dungeon. 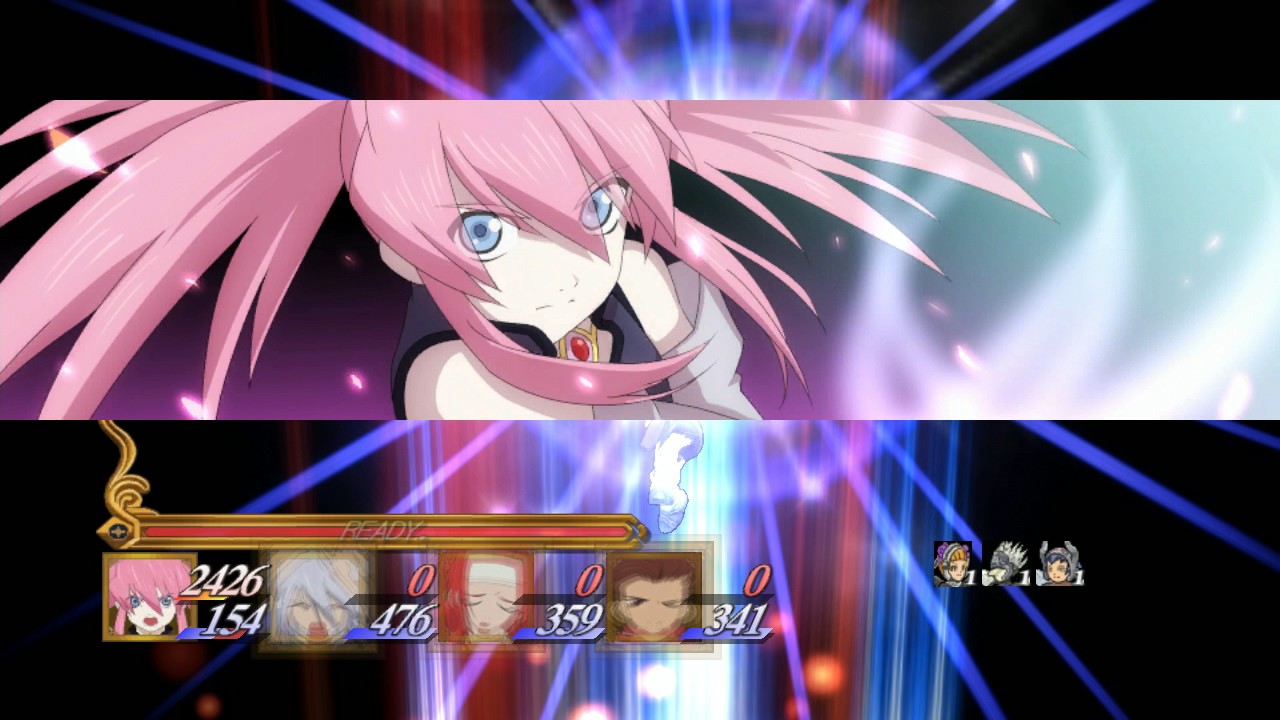 Symphonia's more-is-more mentality extends to its combat system. There is a lot to keep track of but the system provides clear tools with which to manage everything. You directly control one character and pre-set other characters' actions, tweaking what attacks they will use, how frequently and whether they should focus on offense or defense.

This system seems complicated, but there's a great sense of satisfaction in mastering it. The variety of special attacks and ability to switch weapons during combat add depth, and thankfully, the AI driving your companions is intelligent enough to stand on its own, providing solid backup during battles.

Many of those battles will take place in Symphonia's dungeons, which are plentiful enough that I never found myself running around the overworld aimlessly for long. Most of these dungeons also have a puzzle challenge that needs to be solved to get to the boss. These brief distractions require some quick brainwork, but they're never too tough. Defeating post-puzzle bosses rewards bits of story and character background, which encouraged me to dispatch them swiftly. I loved this balance, with story progression as a cherry on top. This setup allows Tales of Symphonia to stand the test of time.

Dawn of the New World remains a disappointment years later.

The likeable, multi-branched story of the first game is replaced with a linear tale full of tired tropes, poor pacing and unrelatable characters. Where Llyod's combative bravado evolves into an unwavering sense of justice and determination, Dawn protagonist Emil remains insufferable. Symphonia's story was grand. New World's is just boring.

Dawn of the New World's battle system is also a confusing departure from Symphonia. The sequel introduces new mechanics, like the ability to capture and train monsters, and battlefields with elemental properties that can be altered. But these new systems don't fit together — the brisk fights of the first game are replaced with a slog of information to wade through in order to execute a single attack.

There's not even a shiny new coat of paint to soften Dawn's sharp, for-the-worse departures from the original game. HD re-releases typically improve the visuals of older games, but Tales of Symphonia doesn't display that kind of care. I felt like I was still looking at a GameCube game. Character animations remain especially awkward: People slide down stairs, walk without bending their knees and choppily move their mouths (or don't move them at all) during speech. 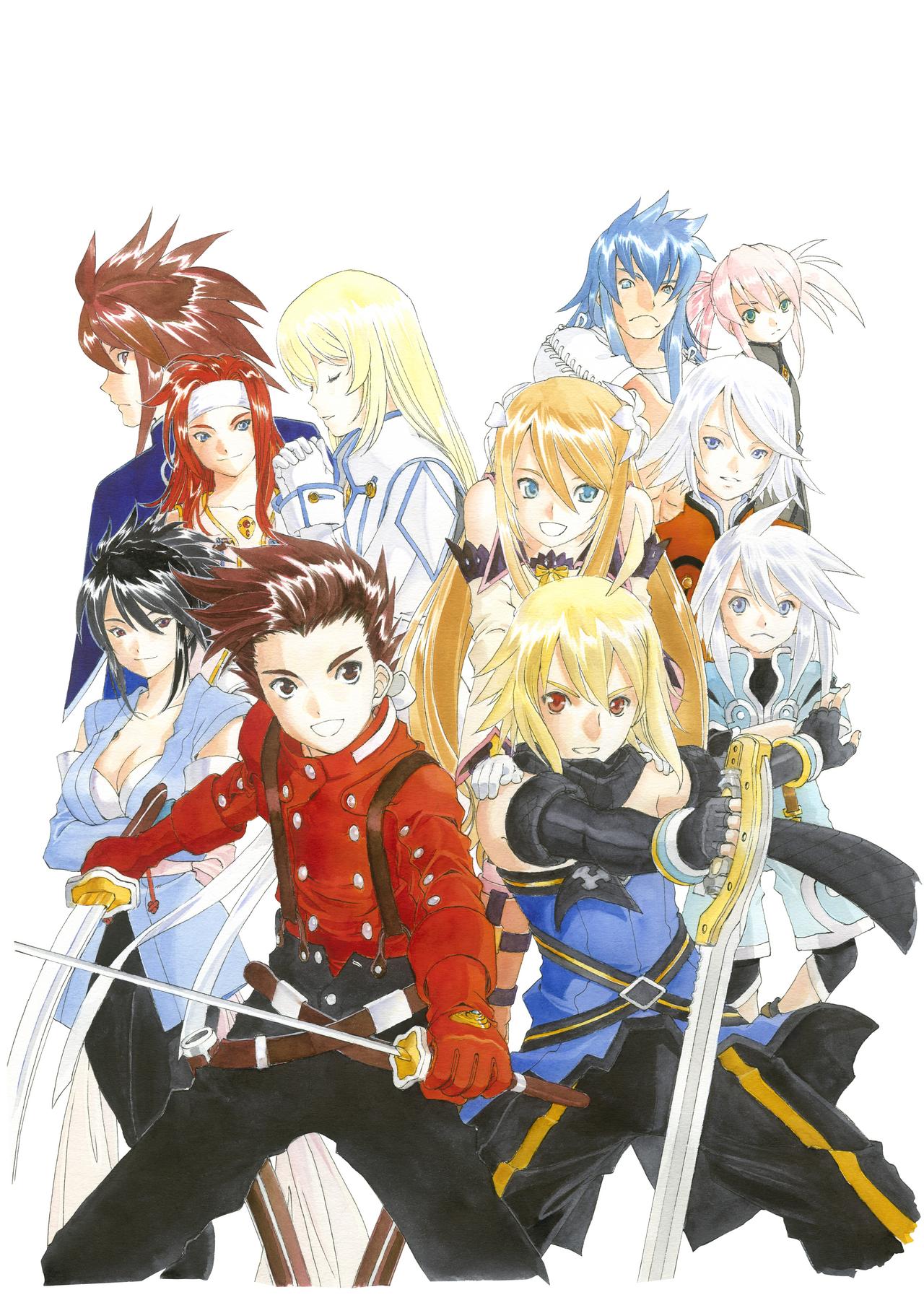 Lifeless "skits" — short, non-animated character-building scenes — remain scattered throughout the game, but they remain unvoiced and largely untouched in the HD version, which made it harder to pay attention amid the boring subject matter. Regular full cutscenes do have voice-overs, lines are lifeless and deadpan or laughably overdramatic, with no middle ground. While these issues could have been more directly addressed, the Chronicles collection at least allowed me to switch to the more tolerable Japanese audio.

For a 10-year anniversary edition, I wish more effort was put in to bring it up to par with modern standards. Chronicles also failed to impress me with its limited additions to the original games. The meager additional content added to this release — some cosmetic costume skins for party members — isn't nearly enough to pull in returning players.

Tales of Symphonia Chronicles is a bare-bones update

Tales of Symphonia is a solid, old-school Japanese role-playing game that I'm glad to have been exposed to. But that doesn't make Namco's sparse anniversary package less disappointing. There's nothing new to draw veterans back into Symphonia, and between the poor sequel and the lack of actual "HD" upgrades, newcomers aren't likely to be impressed. Tales of Symphonia deserves to be remembered, but it also deserves a better presentation.