How gaming is reshaping the way museums teach

Share All sharing options for: How gaming is reshaping the way museums teach

The success of most video games are measured by how fun they are, not so the games of New York's American Museum of Natural History.

Here if a game is too fun, too engaging, it can create problems.

Gaming has slowly become an important part of museum exhibit design, right alongside artifacts, fossils, movies, music and other forms of interaction.

And not surprisingly, the American Museum of Natural History continues to push the envelope on how gaming can be used to engage and educate.

Past exhibits with game-like elements include the museum's poison display, which features challenges that ask patrons to figure out how animals died and a massive tome placed on a pedestal that animates when the pages are flipped to tell a moving, interactive story.

But the latest games to invade the museum come on the leathery wings of pterosaur, creatures that flew with their fingers and walked on their wings.

The Pterosaurs: Flight in the Age of Dinosaurs exhibit, which opened earlier this month at the museum, features fossils, displays, a movie, life-sized models and two video games.

The crown jewel of the exhibition, though, is Dark Wing.

The fossil rests in a glass case in the subdued lighting of the museum exhibition hall almost lost among the array of pterosaur models - ranging from the diminutive parakeet-sized Nemicolopterus to the massive, plane-sized Quetzalcoatlus, which float in the darkened air and perch among displays.

Dark Wing rests on a smooth slab of what appears to be sandstone; the form of the Late Jurassic species Rhamphorhynchus muensteri is unmistakable among the jumble of delicate bones, needle-like teeth and even the bat-like membrane of the wings. Under special lighting, scientists were even able to track the blood vessels, muscle and fiber of those wings. 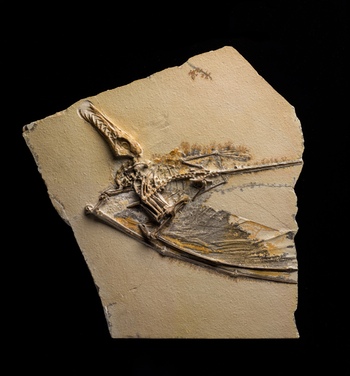 Discovered in Germany, this is the first time Dark Wing has left its native country.

"I think Dark Wing is something really special because you're having the opportunity to see it outside of Germany," said Roberto Lebron, senior director of communications at the museum.

Around the corner from Dark Wing visitors find themselves in the massive flight lab of the exhibit. It's here that next-gen graphics and cutting edge game controllers mingle with the more typical displays of the storied 150-year-old museum.

The first game has visitors using their hand and a motion sensor to control a pterosaur in flight.

"This is to teach people about the basics of aerodynamics and the forces of flight, both when a flying creature glides and when it flaps," said Nick Bartzokas, lead engineer with the museum's exhibition media and interactives department.

Bartzokas said the team consulted with a California expert on aerodynamics to better understand how things fly and then consulted research by another scientist who had collected data of how a model pteranodon wing behaved in a wind tunnel.

"We were able to actually take that data and put it into here and get numbers of, âOK, how much lift does it generate,' and that sort of thing," he said.

After visitors use the station to learn how pterosaur flew, they move to the next station where they can stand in front of a large video screen showing one of two of the pterosaur in flight. The demonstration is running on a computer which uses the PC version of an Xbox's Kinect to track full body movement and interpret that into flight controls for the pterosaur.

Players lean left and right to control the creature's glide, lean back to pull up and forward to swoop down. Flapping your arms causes the pterosaur to flap its wings in real time. In one simulator, players soar above a prehistoric Topeka, Kansas, gliding above a sea on the hunt for fish. When a player spots a fish jumping out of the water, they can dive the Pteranondon down into the water to catch and eat the fish. In the other simulator, players control China's much smaller, monkey-faced Jeholopterus. Because the creature has smaller, stubby wings, players need to flap more. Instead of hunting fish, in this simulator players flit through the prehistoric landscape of the Liaoning province on the hunt for oversized insects.

Unlike most video games, attention to detail and realism is the most important element of these experience, for more important, even, then the fun factor. 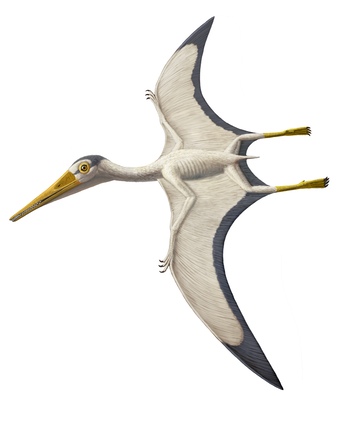 The internal team that created the games from scratch worked with scientists and research to make sure everything was accurate.

"We had a talented Unity guy reference photos of the trees that were created for that diorama, and all of the plant life that you see here is straight from there," Bartzokas said. "That cicada that is flapping in the scene, that is actually from a photograph of that Liaoning diorama.

Even the movement in the air and on the ground is based on research, like fossil tracks that have been discovered.

"Everything has to be accurate," said Helene Alonso, director of interactives and media at the American Museum of Natural History. "The elasticity of the wings, everything."

And even before starting on the interactive displays, the team had to sort through which pterosaur to use. It was a big decision because there are so many to choose from, Alonso said, but ultimately it came down to what the team wanted to teach with the display.

And ultimately, that's always the most important element when it comes to these exhibits, but to teach you have to first draw in an audience and often games can help attract a younger crowd.

"We think about these things all the time," Alonso said. "When we define what are interactives because we have to generate experiences that capture the attention of everyone. We are often asked if we do interactives for children, and I would say âyes, partly, and for the inner child in everybody.'

"Everybody that is having fun learns, and you can learn a lot when you're having fun no matter how old you are. They are not the only way in which people are acquiring information these days, but what is good about games is that they are very experiential. And in a way they are transporting you. You become part of another world the same way that when you watch a movie and you become very empathetic to the characters. In this case, you are driving the experience, and that is very powerful." 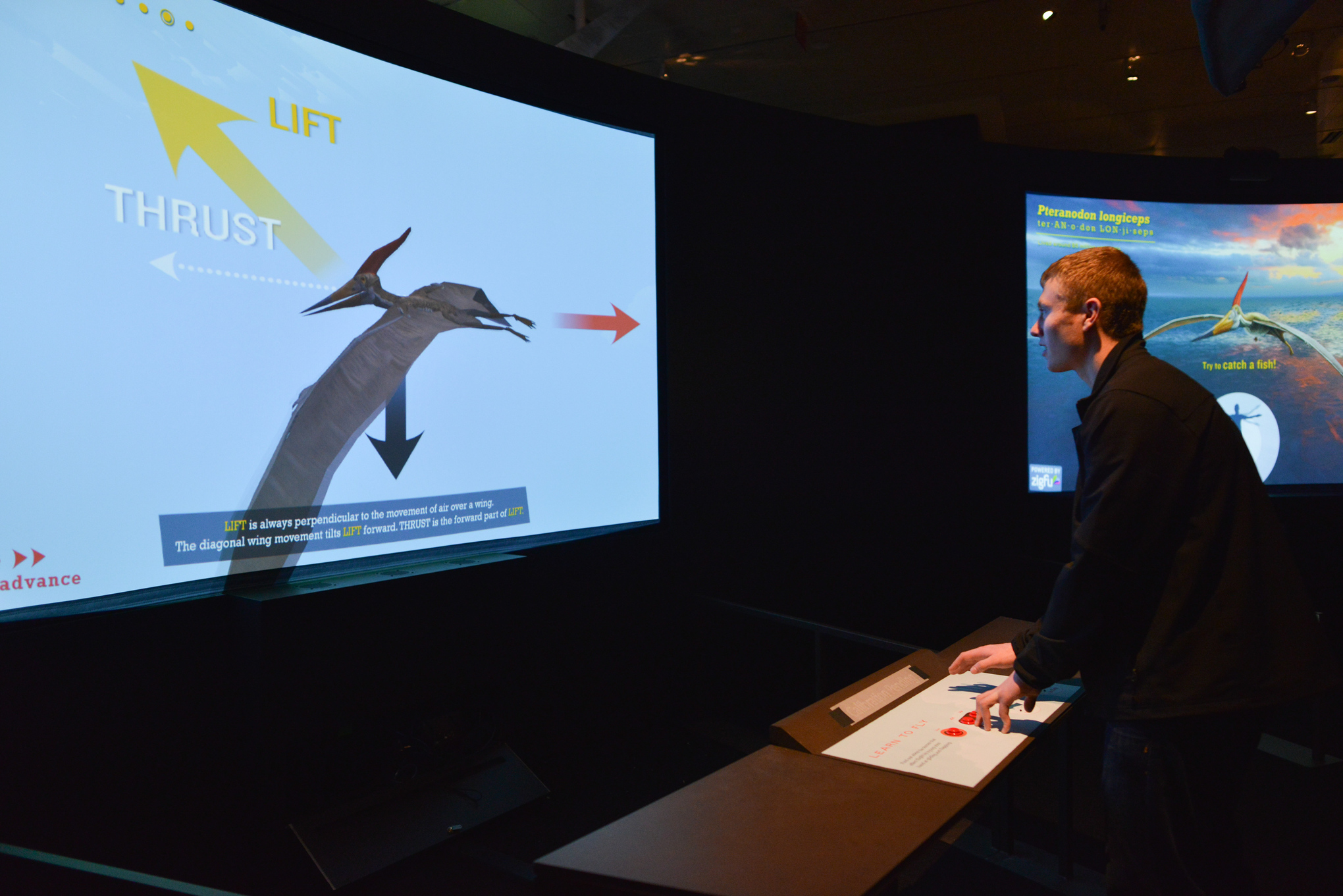 But despite the increased use of gaming in museums to impart information and the draw it can have for some, Alonso said she still thinks it's ultimately not as impactful as the more traditional displays in museum.

"Iâd say that it's incredibly impactful to go see a fossil of something, a real thing that has been there for millions and millions of years and that is with you," she said. "It's like bringing a little bit of the past to you. That's a very powerful thing if you think about it, and we don't want to steal the attention and the richness of that experience.

"Those original artifacts are the origin of our knowledge and we cannot forget that."