Share All sharing options for: Star Trek Timelines creator aims to go where few Trek games have gone before

Disruptor Beam's strategy role-playing game based on the Star Trek franchise, the multiverse mashing Star Trek Timelines, hopes to accomplish what few other games based on the enduring sci-fi series have. Rather than focus mainly on ship-to-ship combat and action-filled away missions, Star Trek Timelines' creator wants to make science, diplomacy and character interaction key to gameplay.

Jon Radoff, CEO of Disruptor Beam, told Polygon at PAX East this weekend that his company is looking to hew closer to Star Trek creator Gene Roddenberry's vision, rather than the action-oriented video game interpretations that have followed.

"We've created this amazing galaxy generator which will populate what I think will be this big galaxy filled with content so there's always new things to explore and discover," Radoff said. "... and as you explore you run into conflicts, but the conflicts more often than not are not necessarily resolved by a phaser or with violence. It's going to be a big part of this game, leveraging the story elements, the crafting elements, a new tactical mission system that we're developing that will have the option to fight, yes, but also science will play a role, diplomacy, other kinds of non-violent problem resolution will be part of it because that's really what Star Trek is about.

"People are consistently a little bit disappointed with a lot of Star Trek games, because most just become another combat simulator"

"It's something that historically Star Trek licenses have struggled with. People are consistently a little bit disappointed with a lot of Star Trek games, because most just become another combat simulator, with ship-to-ship combat or running around planets firing phasers at everything. That's not what we want to do."

Star Trek Timelines, Radoff said, is more about characters and the crew you develop than your star ship. Sending them on away missions, training in the holodeck and interacting with members of your crew members is as important as ship-to-ship encounters and research and development.

Players will be able to build the Star Trek crew of their dreams by tapping into virtually all of the franchise's lore. They be able to assemble a crew of Starfleet officers from the original Star Trek, The Next Generation, Deep Space Nine and more. They'll even have access to characters from the Star Trek animated series, and each will have their own strengths and attributes.

"You'll be able to build your crew up from all your favorite characters, so if you want Data and Spock on the same crew and you want them to interact, you can do that," Radoff said. "If you wanted Terran Empire Spock, you can do that too." 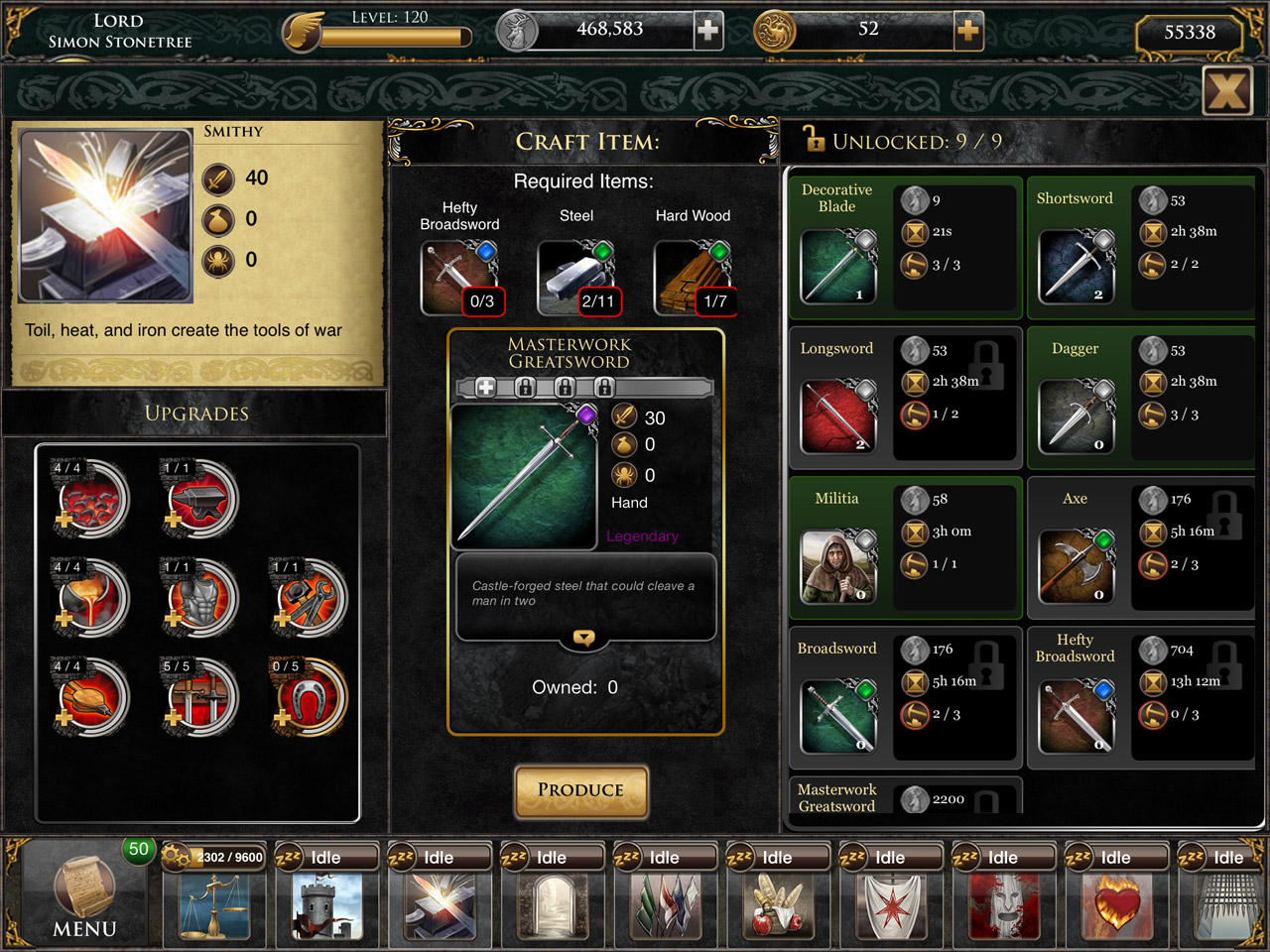 Aspects of Timelines' gameplay will be familiar to players of Disruptor Beam's other game, Game of Thrones Ascent.

"Instead of having sworn swords, you'll have a crew, but it's still that kind of character-centered development," Radoff said. "Train them, equip them, level them up, define them in different areas that you think will be useful for different kinds of tactics and strategies. Ascent has a crafting system, and Timelines will also have a deep crafting system — probably called something else, synthesis or research and development — but developing science and finding scientific solutions and creating technologies for your crew to use, that'll be an important part of the game."

Those characters will be brought together because of the game's chief narrative crisis: the time-space continuum is breaking down and alternate realities are colliding. Crafting that story will be Disruptor Beam's team of writers, some of whom come from BioWare and have worked on Dragon Age and Star Wars: The Old Republic, as well as Game of Thrones Ascent. 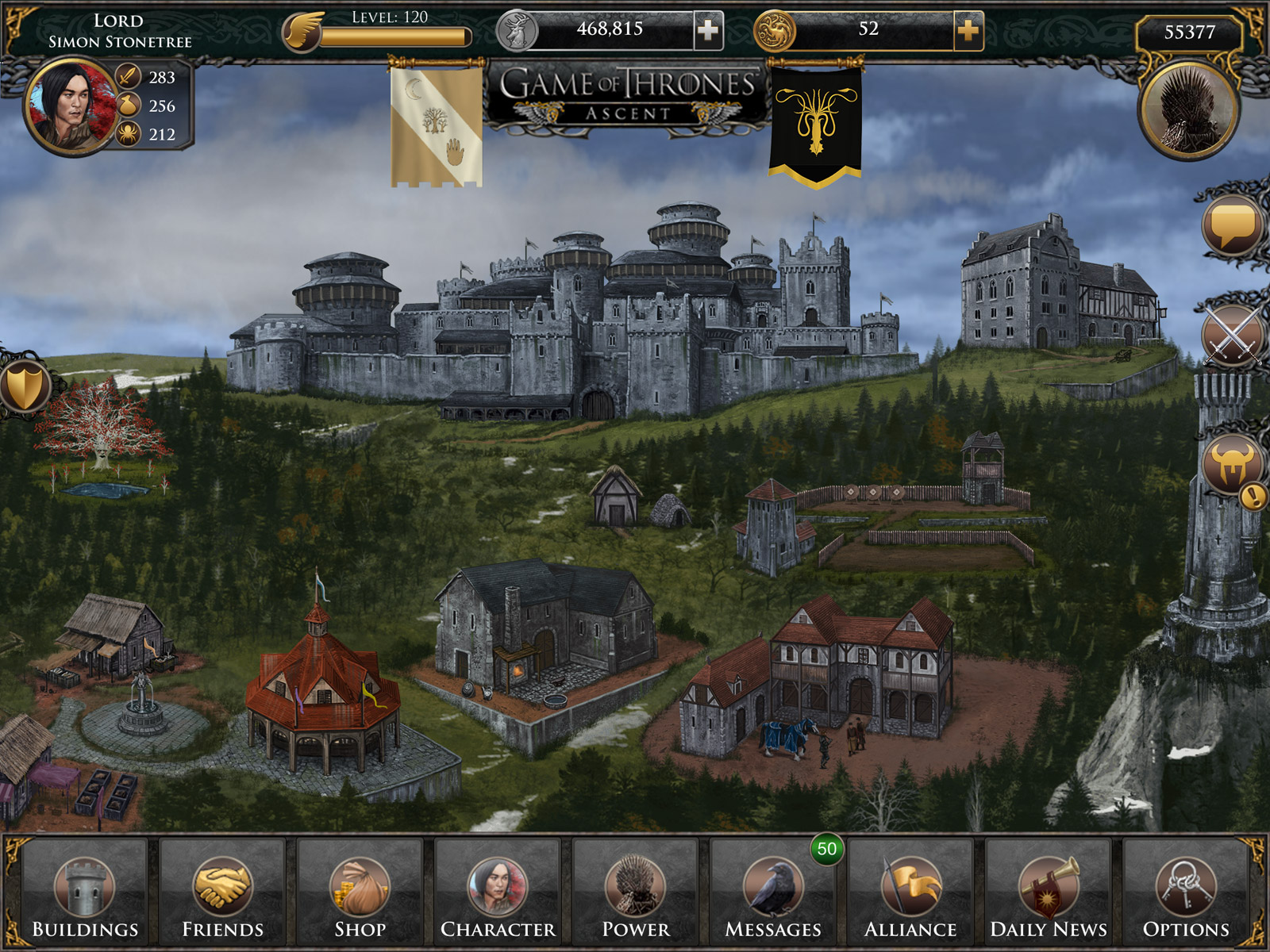 How Game of Thrones Ascent became a story-based game, not a CastleVille clone

Disruptor Beam's approach — dialog-driven storytelling, emphasis on gameplay components not related to combat and faithfulness to the source material — is what helped the developer secure the Star Trek license from CBS, Radoff said.

"We've had reasonably good critical success with Game of Thrones Ascent and growing commercial success," he said. "CBS saw that we could do the execution, but also we went to them and we shared our understanding of the source material and said 'Here's where Star Trek games are getting it wrong. We're going to make a game that's about all the stuff that Gene Roddenberry cared about, and not just the fighting. We have a good story mechanic and our type of gameplay that's going to allow us to bring that to life,' and I think that's why they bought into that."

Star Trek Timelines, which is being built in Unity and intended for mobile, tablets and the web, doesn't have a release date. And it is not the last big licensed intellectual property Disruptor Beam has its eye on. The studio is working with another property of similar caliber, Radoff said, one that "wouldn't be in the same categories" it's currently focusing on.

Beyond that, the 20-plus developers at Disruptor Beam have even grander plans. Radoff's aspirations for the company include an expanded reach beyond its licensed games, hoping to one day serve as a connected social platform, like Steam, for passionate fans of properties like Game of Thrones and Star Trek.

"There's not Battle.net or Steam or anything like that for tablets and mobile yet," he said. "The closest anyone has come are these leaderboard and shared achievement systems that I personally don't find that compelling. Because what's interesting about Battle.net and Steam is the social aspect of the community which has arisen around games.

"What we really aspire to do is take those really well known IP, build games that fans really appreciate because they were honest to the source material, and then with that, that's the springboard to having a social layer that spans across multiple games and you can start to build up that community aspect that has been successful in AAA games and remains absent in this newer era of tablet and mobile games.

"That's longer term, we've got a lot of building blocks we have to lay down first, but that's what we want to do as a company: be the most fan-centered company on the planet, which means good games, real attention to fans and what they care about and providing community around that."