Share All sharing options for: Mobile AR game Run An Empire brings strategy to the streets

Run An Empire offers mobile gamers the opportunity to turn their local neighborhood into their own fiefdom, by the simple expedient of jogging and a little strategic thinking.

It's a GPS-fuelled alternate reality game that passed its recent £15,000 ($25,000) Kickstarter target with ease. Players take their phone out for a jog, and the route becomes the boundaries of their own empire. Until, that is, some other jogger invades and starts to carve up their own little slice of the world.

Players can protect their own areas by running its borders over and over again, or by completing the run in faster times than competitors.

"We want to bring the competitive challenge of strategy games to the physical world around us," said co-designer Sam Hill (pictured below, right). He called the game a "location. oriented, massively multiplayer free-for-all, AR game."

London-based developer Pan Studios insists the game is more than just a way to motivate runners. "It has that fitness motivational quality built in, but we are really keen to avoid just making something that is about adding on some bonuses to a fitness app," said co-creator Ben Barker, in an interview with Polygon. "We are gamers who are excited by strategy games like Risk, Civilization, Advance Wars and we want to build something that is about more than getting some points for going for a run."

Location-gaming is on the rise, as evidenced by the likes of Google's Ingress and Nike's Fuel Missions. Six to Start's Zombies, Run 2, also made in London, claims to have attracted 600,000 players.

"Everything is pointing towards the reclamation of public space," added Barker. "There is a huge move towards being able to do things with our digital device that helps us understand the spaces around us."

Pan Studios' previous work includes an SMS-based "conversation" between residents of English city Bristol and its street furniture such as street-lights and mail boxes. Hello Lamp Post, winner of the Playable City Award, allowed participants to claim and befriend such objects. According to Pan, the experiment encouraged "people to see the city differently, to remember past experiences and to share stories with each other."

The company also worked with Capcom on a promotional AR game for Resident Evil: Raccoon City, that sought to recreate a zombie outbreak. 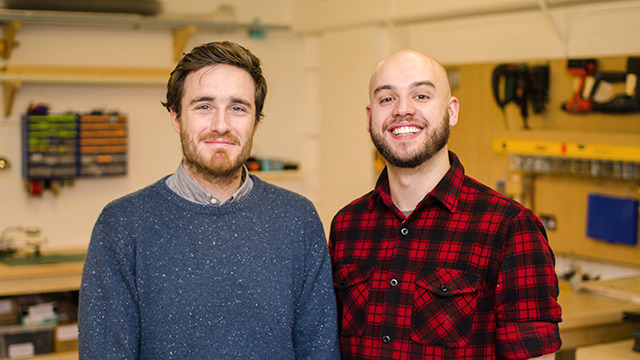 Run An Empire is its first attempt at a commercial game. To be successful, it will need to scale so that players feel a sense of jeopardy and competition. Barker said that a single-player mode is being developed for players in remote locations, who can compete via leaderboards or virtual contests.

But the real fun will be against hostile locals looking to muscle in on a player's territory, seeking to annex real estate through aggression incursions.

"Strategy is a balance between protecting your own territory and attacking other areas that look vulnerable," added Barker, who said the game will be in beta for iOS this summer, with Android version following soon after. "It feels more like those compelling strategy games that we all grew up playing."

Anti-cheating measures are also being put into place, making use of the accelerometer in mobile devices. "We want to make sure that people are running and not cycling, driving, flying or whatever," he said. "There are behaviors that are typical to the different movement patterns. If you are going 35mph you are probably not running."

Most importantly, the game is about strategy, rather than physical ability. "It's not a gamified health app," said Barker. "It's a strategy game. The objective is to build and controlling the most successful empire."