Upsilon Circuit is a game you can play only once, and when it ends, it's gone forever

Share All sharing options for: Upsilon Circuit is a game you can play only once, and when it ends, it's gone forever

The husband and wife development team at RobotLovesKitty that once lived in a treehouse has a wild idea for its next project.

This is Upsilon Circuit. RobotLovesKitty told us all about their ideas for the new game and showed us an early version at PAX East 2014.

So they were thinking about permadeath, and here's what RobotLovesKitty realized: Permadeath is never really permanent. You can always start over, maybe pick up where you left off, maybe create a new character. That realization led to the concept of perma-permadeath, the central mass around which almost everything in Upsilon Circuit revolves.

"We've been thinking a lot about permadeath and permanence," Goble said.

"Legend of Dungeon has a ton of that," he said. "You've got one life, you go down in the dungeon. When you die that's it, you start over. But that's not enough for us.

"Putting the permanence in permadeath," she said.

How does a developer make the kind of "rare" experience they were looking for? Upsilon Circuit is their answer, but it wouldn't have happened without the other games they made, including the Kickstarter-funded Legend of Dungeon.

Like Upsilon Circuit, 2013's Legend of Dungeon rests on a design philosophy found in other games. It's a roguelike. Taking inspiration from the 1980 Unix game Rogue, its levels are generated procedurally, not set in place before it ships. Because levels are amorphous, everyone who plays it has a different experience. Even the developers don't know what's coming next.

Combine those two things — permadeath with consequence and a game that's fun to watch — and you get Upsilon Circuit, a single-server, online action role-playing game. 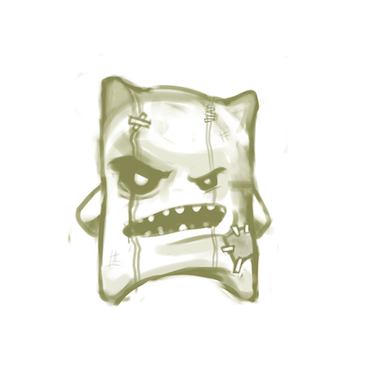 Here's how it works: Upsilon Circuit takes place in a large world filled with puzzles and monsters. There's only one instance on its lone server. A maximum of eight people can log in at a time, and of those eight, only one is playing. Through what Goble described as "some network trickery," the game gets streamed from the server to anyone who wants to watch on the internet.

Every player has one turn at the dungeon. They play and they make whatever progress they can and whatever impact on the world that they can. When they die, Upsilon Circuit selects a member of the audience to take their turn. A watcher becomes a player, and the player becomes the watcher. By design, it's mathematically "pretty impossible" to play the game twice.

Upsilon Circuit's rotating roster of players will control the game and earn experience, but they'll have no control over how to use it. The XP they beat out of enemies goes to the viewers, who can use it to fill in skill trees. RobotLovesKitty plans to add voice chat so that players and viewers can communicate. Viewers will also be able to purchase weapons. Less kindly watchers will be able to spawn monsters and traps.

To keep viewers interested, RobotLovesKitty is also planning on adding a pattern-matching minigame. Play it, and you could unlock things like item-filled chests. That could also increase your karma and potentially improve your chances of getting your one turn.

For most who experience it, Upsilon Circuit will be a show as much as it is a game. Maybe even a gameshow, given that the developers want to include an announcer, who's now called Ron Raygun. Designed to look like the fusion of President Ronald Reagan and Max Headroom and controlled by the game's text-to-voice system, the game's story — all they'll say is that it takes place in the not-too-distant future, in an alternate history where New York City "disappeared" in the 1980s — will unfold as they control Raygun's speech. Unless they decide not to voice him, which is also an option, inspired by their Legend of Dungeon Kickstarter campaign.

"We had a lot of fun in our Kickstarter, having people influence the game," Alix Stolzer said. "Like the custom items and things like that." 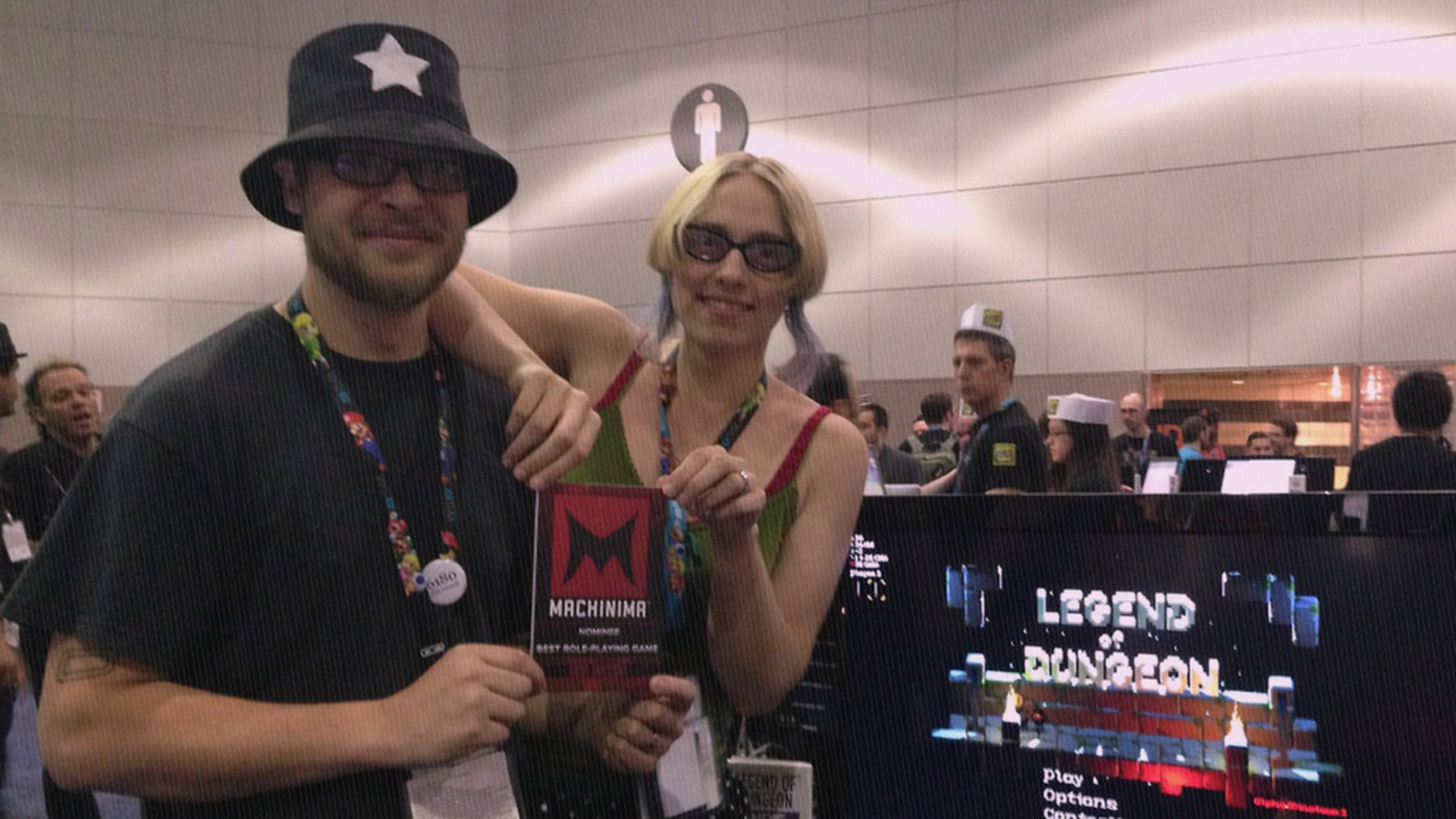 The strange and wonderful life of RobotLovesKitty

It's possible, in other words, that they may allow players to influence or even change the game's story.

When we saw Stolzer play the PC game, they'd only been working on it for about a month. There is much to do and much that could change, and they readily admit that. These are their first ideas for a unique game/show hybrid that, they hope, could be done in as soon as six or eight months.

"In coming up with this game, we thought of tons of different ideas for this concept," Goble said.

"In fact," Goble said, "we're probably going to run a couple of tech tests, without a giant maze with a multiplayer battle arena — things like that.

"We're really excited to see where this goes and what we can wind up actually doing." 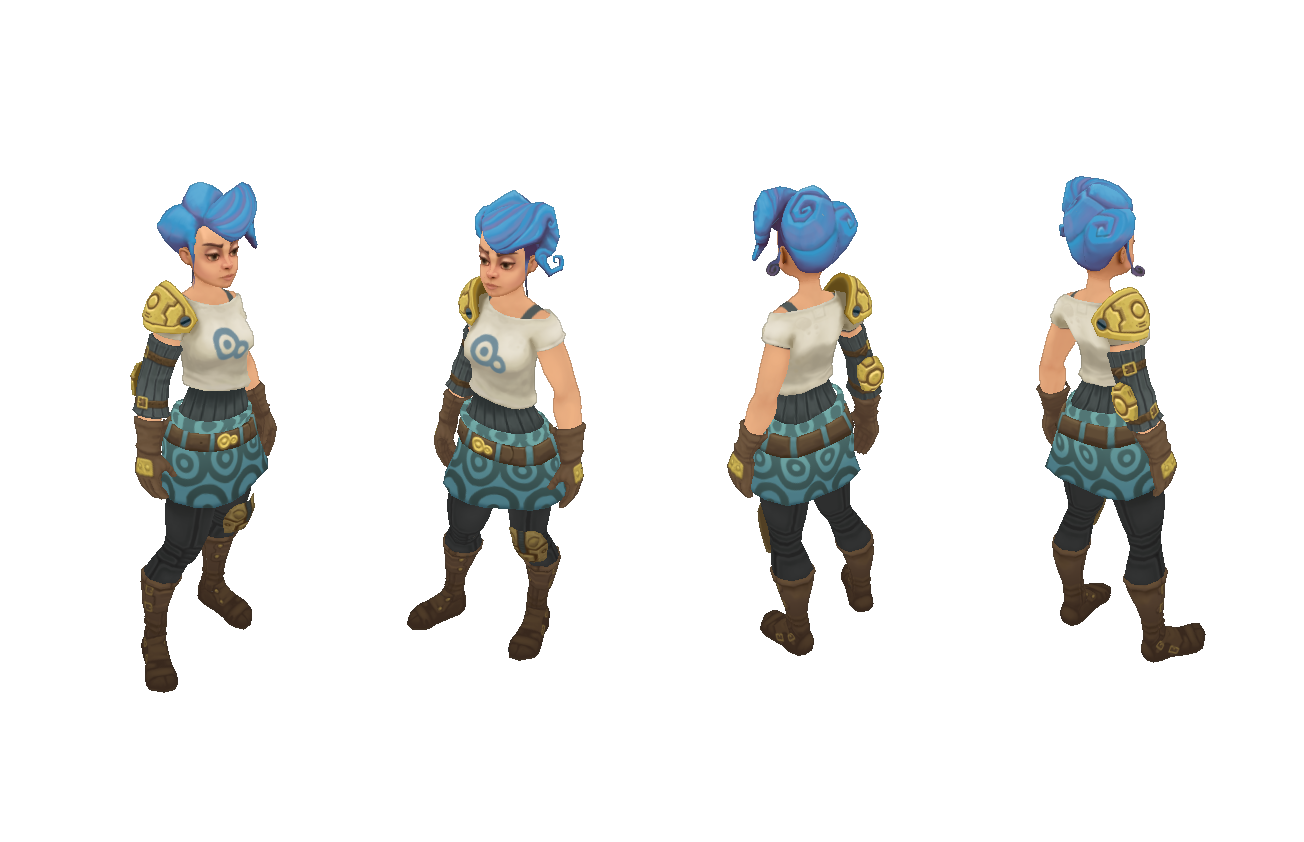