Tales from inside the Diversity Lounge: PAX's half-baked experiment

Share All sharing options for: Tales from inside the Diversity Lounge: PAX's half-baked experiment 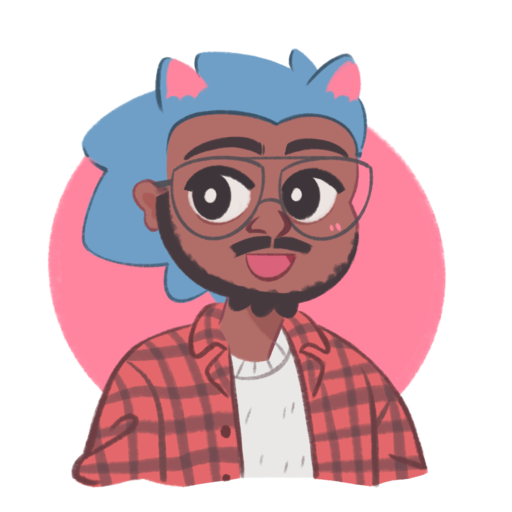 I figured volunteering at a booth for PAX's first Diversity Lounge would give me the opportunity to see what it was about from the inside. I knew what people were saying, but the reality might be very different.

The lounge had already become controversial when documents describing the initiative were leaked onto the internet. I didn’t know if I was horrified, proud or somewhere in the middle. Why does PAX need this? Wasn’t the whole show supposed to be safe? There weren’t any actual diversity specialists involved to my knowledge; it was made up of volunteers, who had booths of their own inside the lounge. A bit misleading, but the intent was still commendable.

PAX should be a safe place where people can be themselves and enjoy the things that make them happy, to meet new people or show off their games to the public. No matter your interests or how you identify yourself, no one deserves to be treated differently or be given the impression that the convention was anything but secure.

Why does PAX need this? Wasn’t the whole show supposed to be safe?

I am a gay man. I’ve had my share of harassment and, if I’m going to be at PAX, I want to make sure that I don’t have to put up with harassment from attendees or to put up a front to conceal my identity.

I'm comfortable and proud of who I am; giving my time at the Queer Geek booth inside the Diversity Lounge was no complication. I’m accepting of all people and the idea of shunning anyone who identified as LGBTTIQQ2SAAP (Lesbian, Gay, Bisexual, Transsexual, Transgender, Intersex, Queer, Questioning, 2-Spirited, Asexual, Allies and Pansexual) or anyone with any sort of mental or physical disability has and will never cross my mind. I wanted to show people who visited the lounge that it was a place for you and I to be comfortable.

The first day of PAX was a bit of a rough experience. I wanted the room to be flowing with people who wanted to network, communicate and discuss topics that plague cons and communities, but it didn’t seem like any of that was happening.

The foot traffic was scarce throughout the room most of the day. My time was well spent twiddling my thumbs. The only buzz was from people from booths talking to each other rather than people who were interested in what the booths had to offer. I was scared.

Is the Diversity Lounge always going to be this quiet?

It would pick up, but not much. Some of the con-goers who stopped by were friendly, curious and seemed to be in good spirits. I felt that somehow it was too good to be true, that soon someone would burst through the doors shouting hate speech. I was afraid that someone would come in and ask sarcastic questions. I'm happy that no such thing happened.

I’m not sure what kind of special training the PAX Enforcers achieved in preparation of the lounge’s debut, but they too were extremely approachable for help if you need it. Hell, they came to me more often asking if I needed anything. It was encouraging and that was something that I really needed to feed off of during the lounge’s dry spell.

Being from Toronto, it was nice to walk into the lounge and see a giant banner that said Toronto Gaymers on the wall. Seeing familiar faces from my city was great. I was buoyant and thrilled at the idea that people from my own city would come this far to promote community in Boston. But not just Toronto — all the people who took the time to travel to tell others about building inclusive relationships and communities with like-minded people made me happy.

Do people even know that we’re here?

Upon arriving at the Boston Convention Center bright and early Friday morning, I did a double take by the restrooms on my way to the lounge. This year’s PAX East boasted a gender-neutral restroom. Yes, finally! I considered it as a step forward for inclusiveness.

Having gender neutral washrooms is crucial because it allows people who identify as queer, trans or anyone else from being subject to physical or different kinds of emotional harassment because of their decision on which gender-segregated restroom they choose to use. No one wants to hear people talking about you or judging you because of which you choose and you sure as hell don’t want to be a victim of people who become violent because of it.

While I walked around, I also noticed that there seemed to be more male restrooms than women’s. The Massachusetts Convention Center Authority reportedly ordered Robert Khoo to change six women’s restrooms into men’s restrooms.

The venue has 40 restrooms: 20 women’s and 20 men’s. There were only 14 women’s restrooms available to the crowd, and only one gender neutral bathroom.

I would have preferred the collection of booths to be on the show floor itself to benefit from the foot traffic and to introduce attendees to the volunteers and individuals who represented such a broad range of human experiences. On the other hand, many people in the lounge loved the location. They said it was away from the noise and frenzy of the show below them.

The traffic was great, the interest was piqued and collaboration was everywhere

I could understand where they’re coming from. They wanted a relaxing environment of solitude, but I feel as the lounge was excluded from the show itself. If PAX is supposed to be about inclusion, you shouldn’t have to search for a place to belong.

My only hope is that one day PAX itself will be its own Diversity Lounge or get to a point where one is not needed. There were many people who visited the booth talking about how they had no safe space to go to in their home. It’s unfortunate to not have a safe outlet to turn to in order to talk about things you’re going through or to play games with other individuals with similar interests without being judged, and it's heartening that people who didn't have that place in their "normal" lives find one at a show like PAX.

Saturday was a different world entirely. The room was packed and buzzing with laughter, music and the sound of weary attendees plopping into bean bag cushions trying to catch a quick nap before taking on more of the frenzy that was the show floor. I couldn’t believe it. The traffic was great, the interest was piqued and collaboration was seen everywhere.

Mike Krahulik and a bunch of his fans stopped by to play Thornwatch, Penny Arcade’s tabletop card game. It was the most bizarre thing seeing him there after saying hurtful words towards transgender people. Maybe it was his chance to show up before PAX was done to say that he was actually in the room. I found it extremely awkward, but his being there filled the room to the point where your shoulders were rubbing against those next to you.

Soon the game was finished, he left and the people went with him.

I don’t want the public to think that the Diversity Lounge is the haven PAX has always been looking for and I don’t want to say that the whole idea is worthless. The fact that people who had no idea that the lounge was a thing and thought it was a "neat idea for a start" shows that not only does it need more room to grow, but also that PAX needs to be more vocal about its existence.

This is just the beginning.