Share All sharing options for: Meet the gay soldier you didn't know was in Resident Evil: Operation Raccoon City

Crispin Jettingham, the leader of the U.S. special Forces team of Resident Evil: Operation Raccoon City, is gay, says writer and creative director Adam Bullied. "I know," he tells us, "because I created him."

Earlier this year, Ubisoft writer Lucien Soulban spoke out against the current sales and marketing systems presenting a barrier to entry for new types of characters in AAA games. According to Soulban, developers aren't likely to introduce gay AAA characters any time soon for fear of the impact on sales.

While game makers are only beginning to discuss the potential for gay and lesbian protagonists, Bullied has already introduced a character whose sexual orientation was cemented during early script development for Operation Raccoon City in 2011. Jettingham is known throughout the game by the handle Dee-Ay, a play on "DA" or "Don't Ask," — itself a contraction of the phrase "don't ask, don't tell." It's a small fact that Bullied believes slipped into the language barrier of publisher Capcom.

Bullied said in creating the game's dozen characters he strove to give them each a backstory to help create some "human depth."

"Dee-Ay's was that he was a gay man serving quietly in the military," he said. "He wasn't overtly or stereotypically gay. He was just like the many gay people who serve in the military; a good, dedicated soldier." 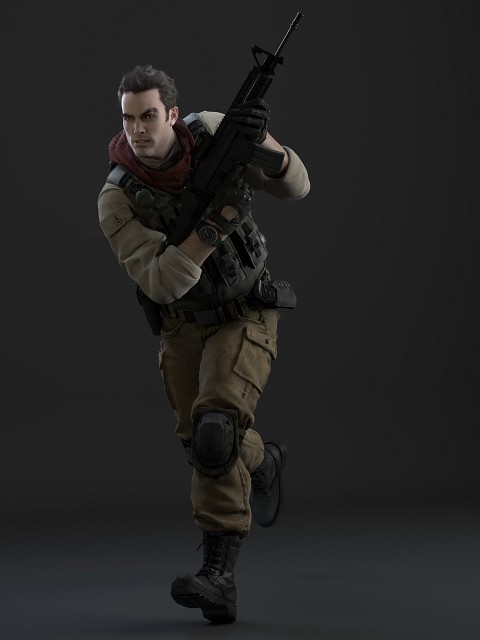 Resident Evil: Operation Raccoon City was written by Bullied and writer Amanda Doiron at the Vancouver, Canada based Slant Six Games before being heavily edited in later drafts. According to Bullied, the final draft does not reflect the complete view of what he and Doiron originally created; however, even in these early drafts Dee-Ay's orientation was never prominently featured.

"And I don't think it should have been," says Bullied, "because that wouldn't have been authentic. I think it would have sounded awkward for him to have mentioned it, even subtly. While it is relevant to his backstory, I don't think it is to his immediate situation as a special forces team leader caught in the midst of a biohazard apocalypse."

The creation of Dee-Ay was influenced, at least in part, by Tim Schafer, Bullied says. The Slant Six developer attended a talk by Schafer about inverting stereotypes against themselves in games, using the example of a cannibal from Monkey Island who is also a vegetarian. Likewise, Bullied modeled his military characters on Larry Hama's work on the GI Joe comic book at Marvel during the 1980s, which he says featured characters with full backstories and multi-dimensional personalities. The result, for Bullied, was a desire to avoid the tired tropes of characters just being 'good' and 'evil' and to instead introduce more human and morally nuanced motivations for them.

Tim Schafer and the vegetarian cannibal

"For instance, I wanted to ask 'why would anyone go to work for the Umbrella Corporation and do their dirty work?' The Umbrella team leader, Lupo, 'The Wolf Mother', is a single mother in her late thirties with four kids and no work experience outside the military. For her it was either $10/hr at Walmart, or mopping up after William Birken for $350k/yr. 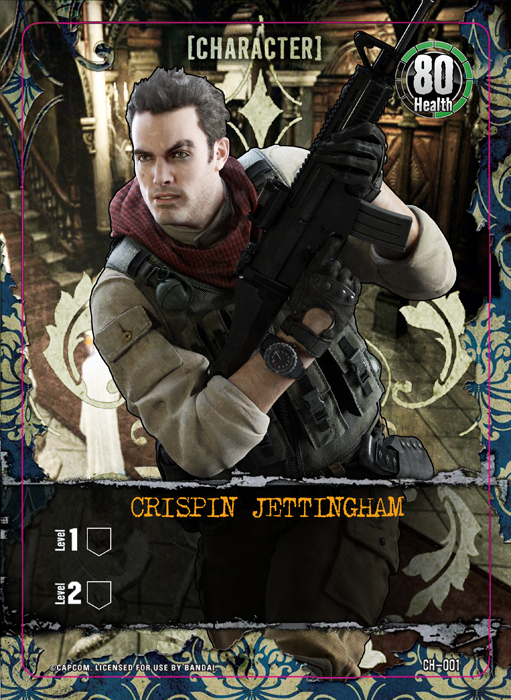 "For Dee-Ay I wanted to avoid having a generic, square jawed, cool headed, Caucasian tough guy, which at the current time is a pervasive trope to the point of homogeneous uniformity. I am also a Canadian liberal, and I was really aware of the issue of the 'don't ask, don't tell' policy in American cultural discourse. I read some accounts and started thinking of gay people serving in the military in the context of other 'outsider' subcultures, like immigrants, and it occurred to me that often these people end up being the 'best and the brightest,' and cleave extra close to the stereotype that they are seemingly antithetical too.

"I wanted him to be a strong, smart, decisive, precise soldier who was polite, funny, and and genuinely liked and admired by the people around him. And was also gay."

Bullied doesn't expect gamers to have read into this, and while Capcom did not comment on Dee-Ay's sexual preferences, Bullied says the publisher was in fact receptive to his style of characters, in part because of an atmosphere of forward-thinking cultivated by Keiji Inafune who left Capcom in 2010. Capcom did not respond to requests seeking comment before this article ran. We will update the story when they do.

'I never hid from Capcom that Dee-Ay was gay.'

"I never hid from Capcom that Dee-Ay was gay, though I am not sure if, through the language barrier, they fully understood who he was," he says. "But they never objected to or changed any of the characters including Dee-Ay. The original script contained only very subtle references to his orientation and I don't think most of these come through in the final performances, or in the game.

"The 12 characters that are in the game are almost completely unchanged from what I first wrote and pitched to them (one of the characters had his name changed because of concerns by legal). I know that I always said that 'Dee-Ay' was short for 'D-A', as in 'don't ask, don't tell'. I am pretty sure that I stated outright that he was gay. Furthermore, they had an American on the team, a smart guy, perceptive, and he wouldn't have let it be misunderstood." 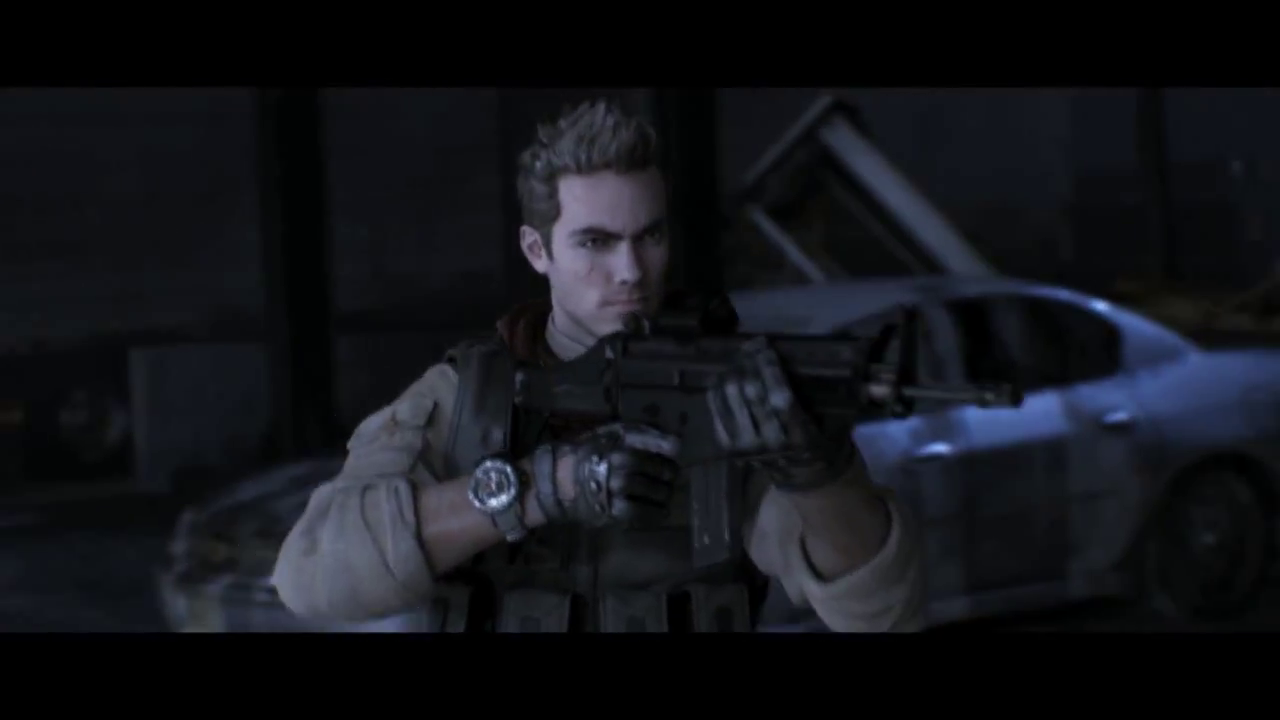 Audiences are beginning to see entertainment media embrace multi-dimensional protagonists with more frequency, as gay characters are introduced openly in television and film; but within game publishing we have yet to see AAA companies follow in tow.

"Most publishers have a really narrow range of characters that they are interested in," Bullied said. "TV is loaded with gay characters. With a few notable exceptions, mostly in the 'arty' and 'indie' spaces, most large publishers have one mono-character, 'the tough guy/hero with the thousand identical faces'. The reason I think Capcom was so cool about those characters is that Inafune-san was in charge at that time and he is a pretty forward thinking guy. I met no one else like him in the entirety of my experience with Japanese game publishers, and Capcom was not the same after he left."

'Show me a Lara Croft with Lena Dunham's body'

"Show me a Lara Croft with Lena Dunham's body, or a AAA game with a South Asian or Inuit lead character! Explain to me how Joel and Booker Dewitt, both angry, violent, white men rescuing attractive, big-eyed, young girls, are not pretty-much the same character? The industry seems to now exist in a permanent creative coma when it comes to character diversity. I find it really depressing.

"I really, honestly think that the publishers are afraid of that potty-mouthed teenage shit who plays Counter Strike and calls you 'fag' after they headshot you, that he is not going to buy a game, no matter how good, whose main character is not straight, white, and male. And they might be right. But who cares? Make it anyway!"