Defense Grid 2 and the refinement of tower defense

Share All sharing options for: Defense Grid 2 and the refinement of tower defense

Hidden Path's Defense Grid 2 builds upon the well-established, but consistently addictive tower defense formula that has engrossed players for more than a decade. The crowdfunding-backed strategy game takes the creep-killing fun of the original game, Defense Grid: The Awakening, and further refines — rather than redefines — it with a bevy of intelligent changes.

Using resources that are doled out over time, Defense Grid 2 tasks players with building a series of defensive towers in an attempt to stop aliens from plundering their base. A variety of towers are available in the game's arsenal, from long-range cannon towers to low-cost gun towers to lasers, which quickly fire but deliver a continued burn. The goal, as in most games in the tower defense family, is to build the smartest defense by maximizing damage, pulling enemies into paths and doing so cost efficiently.

Defense Grid 2 lays its foundation on the first game, which has seen increasing sales year-over-year, with a few important updates. Some, Hidden Path CEO Jeff Pobst said, are designed to make the game easier for new Defense Grid players while others reward the skilled and experienced.

"In the past, if you built a tower in the wrong spot, you kind of wasted your resources on the wrong tower you'd get in a negative feedback loop if you were a new player," Pobst told Polygon at PAX East. "Now, resources keep dropping so you'll be able to catch up and keep going.

"We'd reward you in the past — with things like interest on resources — in the past if you were a really good player, but you could become so wealthy that the game got a little boring. We're also narrowing that down now so that most players, good or bad, are getting very similar amounts of resources."

Players will get better feedback about their in-game performance in real time in Defense Grid 2, which keeps constant track of your score. Rather than wait until the end of a round to calculate your score, players will see it as it happens on a score curve that tracks your performance. That change is being introduced to provide "more instant gratification," Pobst said, as well as information about how you're doing.

Defense Grid 2 will allow players to layer score curves on top of their current one, allowing them to compare score progress against friends and leaderboard competitors. Scores can also be compared against previous games, to measure improvement.

Hidden Path is delivering crucial gameplay information in other ways, by drawing the path that enemies will follow to creep toward your base. They'll redraw that path, offering a preview of any changes to the enemy route as you lay down towers that might block or otherwise shift the breadcrumb trail the game's aliens follow. A new "heat map," illustrating where the most damage is being dealt by your towers, can also be toggled on and off for better strategic consideration.

Other gameplay updates coming to Defense Grid 2 include cooperative and competitive multiplayer modes. In the former, players can either draw upon a shared pool of resources, or they can use a separated pool, but can only build on certain tiles. Competitively, players can take part in a mode inspired by Capcom's Puzzle Fighter: When playing against an opponent, any alien enemies you kill get transported — with more hit points — to their map and vice versa, ramping up the difficulty and forcing the other player to rethink their tower placement. 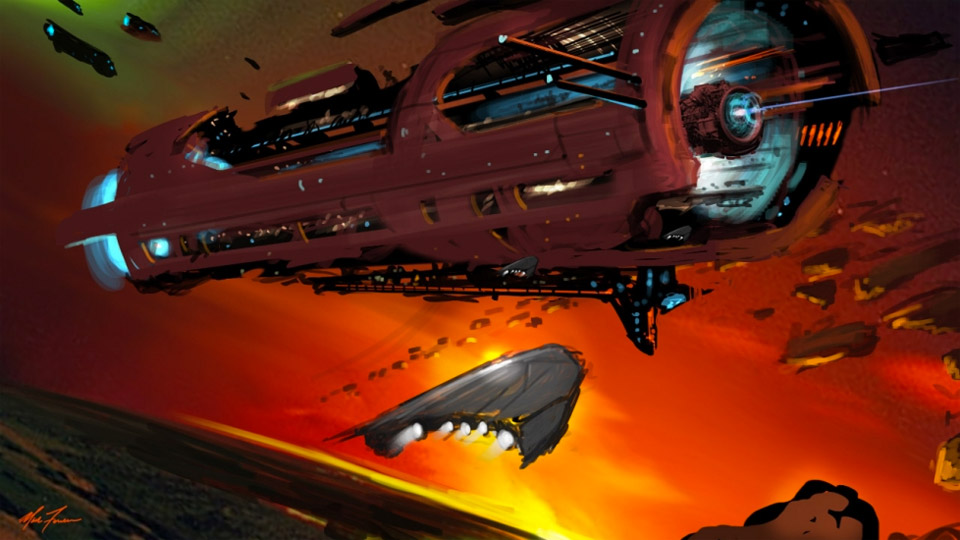 The Making of Defense Grid 2

Hidden Path is also tapping the power of the Defense Grid community, which Pobst called "shockingly nice" and willing to help their fellow players. Using the premium Steam Workshop, players will be able to build new maps using Defense Grid 2's level editor and upload them to Steam. Hidden Path will then curate that user-generated content and players who have their maps selected can receive a royalty on map sales.

Players will also be able to use Steam to trade items that upgrade towers through the service's built-in inventory system.

Defense Grid 2 and its many refinements to the tower defense formula are coming to Mac, PlayStation 4, Steam OS, Windows PC and Xbox One later this year.

For more on the development of the game, read Polygon's in-depth feature series about the creation of Defense Grid 2.