What should we then play? How I celebrate Lent through gaming

Share All sharing options for: What should we then play? How I celebrate Lent through gaming 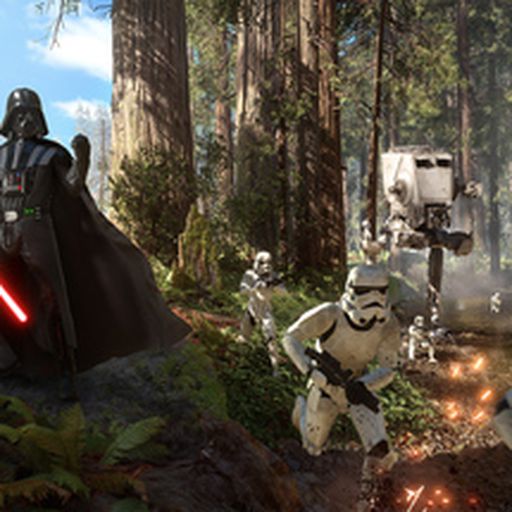 Every year during the holy season of Great Lent, I and many Christians of various denominations examine our day-to-day behavior and attempt to change our habits, with the aim of diminishing our affection for material pleasures.

Lent is the 40 day period that precedes the celebration of Jesus Christ's resurrection, the most important holiday in the Christian faith. Christians use this time to strive to spiritually better themselves through prayer, abstaining from certain foods and conveniences, in order to keep themselves mindful of the impermanence of earthly pleasures.

In the Eastern Orthodox Church where I worship, we begin by fasting from meat and dairy foods, and then follow up by taking a hard look at our everyday leisure and asking what needs to be changed, which for me, means thinking very carefully about what video games I play, and why.

What should I be playing? Does it spiritually benefit me? Is this a valuable use of my time?

Lent is a season of self-sacrifice, a time to study my faith in means spiritual, scholarly, and practical; all in preparation for the feast of Holy Pascha, or Easter. This means praying and reading Scripture more often, studying the lives of the saints, and generally striving for what the Church calls hesychasm, inner stillness.

You may pause at that last sentence and wonder what, if anything, video games could possibly offer someone seeking inner stillness. I'll explain.

Games are often emblematic of power fantasies and escapism, transporting players to settings that are frequently irreverent, unrealistic and violent. Hardly the ideal domains for prayer. But in considering what I should play during Lent, I’ve enjoyed revisiting some recent games that either help foster hesychasm or otherwise provide a play space that provokes spiritual thought.

The first game that came to mind when I thought about Lent was Proteus. Ed Key and David Kanaga’s game about exploring a verdant island couldn’t be more serene. The game creates a new environment at the start of each session, bidding players to merely roam its hills, explore its forests, and chase its various fauna for as long as they please.

I have found myself returning from busy days at work, firing up Proteus and enjoying the brief, virtual strolls it conjures up for me. Five minutes here, ten minutes there, I play sometimes just to calm down, to begin praying, or to watch a pixelated sunset before moving on to more demanding tasks. The peaceful, unhurried interaction and beautiful vistas Proteus offers make it the perfect game for cultivating stillness and prayer.

Another game that provides similar aesthetic comfort is Journey. I’m certainly not the first to point out the religious themes in thatgamecompany’s PS3 co-op adventure, and it remains pleasantly open to interpretation. Journey captures the frustrating feeling of isolation that can occur during Lent, and the singular joy that replaces it when one remembers that Lent is a communal, church-wide effort.

Lent’s dietary restrictions and the effort it takes to stay focused on spiritual tasks in lieu of work and other obligations can often foment depression and irritableness. Self-sacrifice and denial are far from natural instincts, and Journey’s sprawling desert and lack of interest in explaining itself mirrors this struggle.

Yet Journey turns a corner when it pairs you with another player, and suddenly things become clear. Each robed avatar is functionally identical to another, and there is no indication of identity or method of communication between players beyond simple chirps and whistles.

This is Journey’s well-documented way of encouraging cooperation, and the simplicity of its design practically makes me sing whenever I meet another player. There is someone else who knows exactly what I’m going through, and knows exactly how to help, and exactly where we are going.

Journey is the video game equivalent of commiserating with my fellow parishioners; a comforting reminder that we are meant to help each other through the fast; an interactive parable of the arduous trek through Lent’s demands to the joyous, gleaming promontory of Christ’s resurrection.

As much as Proteus and Journey complement Lent in peaceful and comforting ways, I've been outspoken about my love of Titanfall this month, and how could a game about warring factions and their giant mechs be spiritually fulfilling?

The connections between Lent and Titanfall aren't readily apparent, but the game is arresting in its vision of apocalyptic conflict — it feels like the Book of Revelation according to James Cameron. Each player in Titanfall is a warrior, diligently fighting until the arrival of their titan — a guardian angel loosed from the heavens — that either defends them or enshrouds them in its strength. It’s hard for me not to see this as a kind of sci-fi eschaton: two armies locked in perpetual conflict, the dead returning to life, assisted by "heavenly creatures" of immense power.

There is someone else who knows what I’m going through ... and exactly where we are going.

Though Titanfall stops short of portraying its warring agents as fundamentally different, beyond a simple "militia vs. corporation" framework, there is a celestial scale to its conflict that raises an idea of spiritual warfare made manifest.

On earth we seek hesychasm, but Titanfall plays like a peek behind the veil into the effects of our prayers on the struggle between good and evil. In the words of St. Ignatius of Antioch, "Nothing is more precious than peace, by which all war, in heaven and earth, is brought to an end."

In a way, Titanfall feels like that war, albeit with rail-guns and giant robots, waiting to be brought to an end at the resurrection.

The list of games that complement Lent is extensive: Diablo III is another game that exists as a strong metaphor for spiritual warfare, Animal Crossing: New Leaf’s humble upkeep of day-to-day life provides another calming space for prayer and contemplation.

Though I’m waiting for the PC release, I look forward to drawing parallels between the harsh trial-and-error adventure of Dark Souls II with the ladder of St. John Climacus. In many cases, games are far from hampered in their ability to inspire spiritual thought.

Though I would not advocate games as a source of gnosis, or spiritual knowledge, taking the time to put more thought into what I’m playing and why in these 40 days has helped me appreciate what this medium can offer to those with Christian faith, both experientially, as in Proteus, and allegorically, as with Titanfall. As video games continue to expand the scope of their concepts and range of developers, I’m confident that spiritual subtext and application will become both more common and compelling.

Adam Condra is a school teacher and freelance writer based out of Tuscaloosa, Alabama. He has been a member of the Orthodox Christian Church since 1993 and is still not used to fasting from meat after all this time. You can follow his exploits on Twitter, and at goodgameswriting.com.