The game, which was "built from the ground up for Fire TV" according to Amazon, is available in the Amazon Appstore for $6.99. The story takes place in the early 22nd century, after Earth is threatened by an alien species called the Ne’ahtu, who've disabled the planet's defense grid with a computer virus. Dr. Amy Ramanujan, a "computer prodigy," disabled the virus and leads the charge to protect Earth when the Ne'athu return.

In Sev Zero's 15 levels, players are on a mission to join Dr. Ramanujan and defend the planet. They switch between "tower defense mode" to build towers that launch grenades and missiles and "shooter mode" to equip machine guns and take on enemies.

"Sev Zero is a new kind of game that pushes the limits of living room gaming," Amazon's description reads. "Strategically place and use a wide array of automated defenses to stop invading aliens from taking control of your outpost. For more tactical attacks, teleport from your tower down to the ground to personally blast the invaders to atoms."

According to Amazon, paid games will start at $0.99. The device will offer free-to-play games as well, and the average price of the more than 100 games at the device's launch today is $1.85.

Amazon will also sell a dedicated controller for the Fire TV, which retails for $39.99 and is available on Amazon. It ships with Sev Zero and 1,000 Amazon Coins, a $10 value.

The Fire TV is available to order now through Amazon. 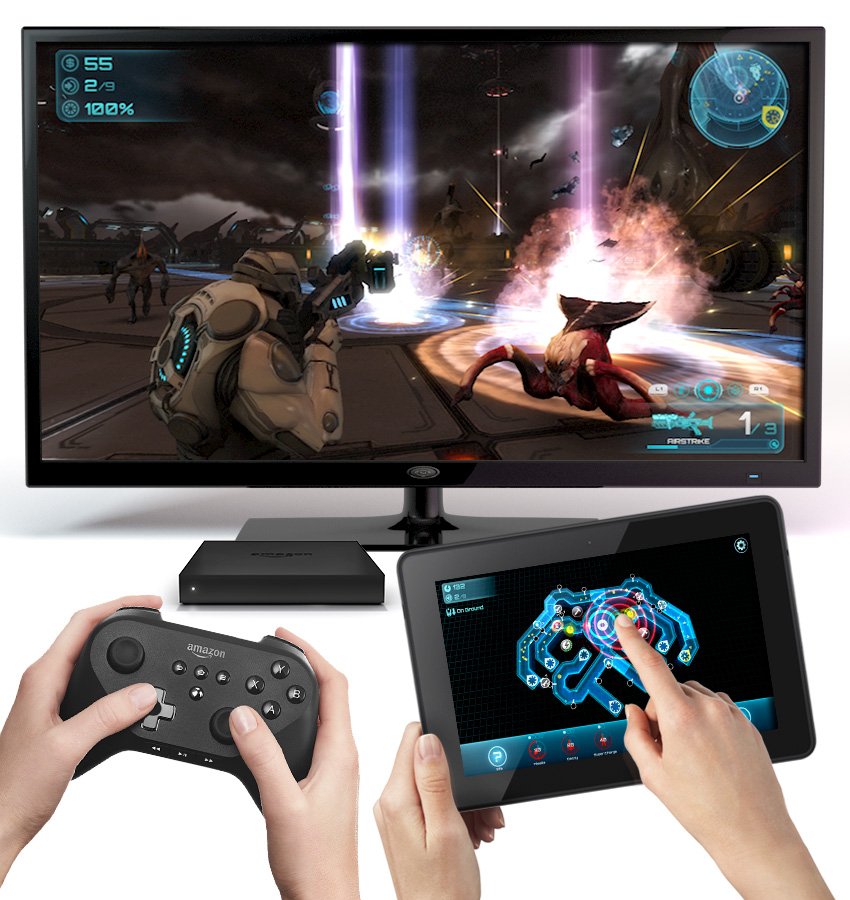