Share All sharing options for: Games for Change goes mainstream with the help of Tribeca Film Festival

The Games for Change Festival is changing thanks to a last-minute partnership with the Tribeca Film Festival. The more than decade-long annual game festival, seen by some as the Sundance of video games, is both narrowing the focus of its presentation and broadening the context of its content and in so doing, organizers hope, highlighting the ubiquity and importance of gaming in everything from education and health to science and entertainment.

"It definitely raised the bar," said Games for Change co-president Asi Burak. "It's putting a spotlight on everything this community is doing on the largest stage we've ever had."

This year's festival has been redesigned from the bottom up, with changes in everything from how the talks were selected, to the way the presentations will take place, to a new public-facing element for the festival.

For the first time ever, Games for Change will be a part of Tribeca's Family Festival Street Fair. The fair, which takes over the Tribeca neighborhood in New York City on April 26, will include a street set aside for the Games for Change Public Arcade.

"We will have Jay Street for one day," Burak said. "We will have a combination of digital and non-digital games on the street to be discovered by people who just happen to walk by."

The street will include a FarmVille exhibit of livestock by Zynga to highlight their charity work, a display by New York's American Museum of Natural History and street games by Come Out and Play and Sesame Street.

"The idea of being in the public space is to take Games for Change to the people who will see it for the first time," Burak said.

And that's one of the major themes of the show. In the past, the festival has fallen into the trap of becoming an echo chamber of sorts, a festival designed for people who were already aware of what games have to offer and their ability to change the world. 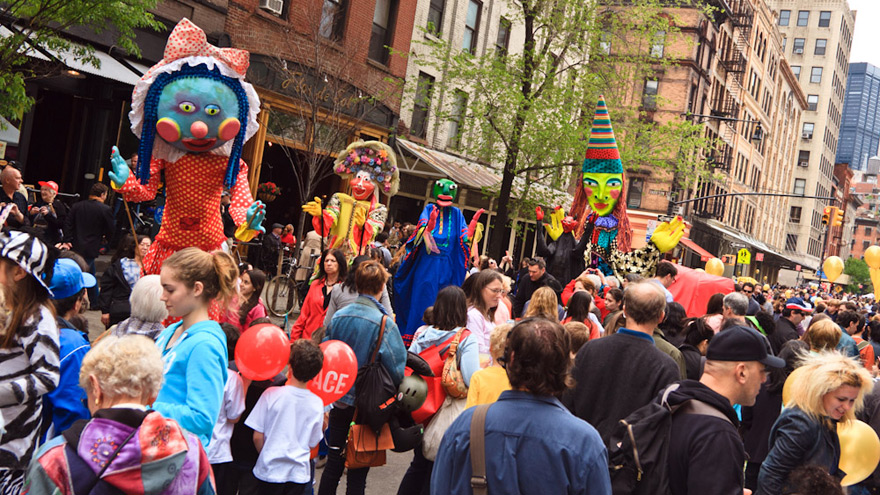 This new take on the festival brings with it a rethinking of both the audience and the presentors.

"I always stick to the converted," he said. "We tend to stick to the people who already love games. I don't want to lose the old audience, but I think there is a shift for a bit from games as a tool to games as a medium."

In trying to rethink the show, the organizers drastically changed the way they filled out the heart of the festival: the presentations.

Where in years past the festival relied heavily on submissions (last year they approved about a third of all submissions), this year they spent more time reaching out to find specific topics and voices in the hope of creating a more curated experience. The end result is a show that is made up almost entirely of sought-after speakers, and only 15 percent or so of submissions.

"It's more directed this year," Burak said. "In previous years we had a lot of speakers, but some felt it created an incoherent voice."

In looking back at previous festivals, the organizers saw that while they were good at getting big names to the show, those talks weren't always very meaningful.

Speakers like Al Gore and Sandra Day O'Connor were among the show's high-profile guests, but their talks often addressed the broadening of games' acceptance, a message that doesn't really need to be addressed anymore.

"They made the definition of games broader," Burak said. "But it's not just to bring someone to the festival who says games are important, it's how you can get people to show you game thinking, games applied in science or economics."

"It was exciting and scary at the same time."

More impressive is how quickly these changes had to come about.

Burak said the decision to partner with the Tribeca Film Festival didn't come about until last November.

"It all happened pretty fast," he said. "I happened to meet Craig Hatkoff and we were speaking of the opportunities and challenges of Games for Change and he said, 'What do you think about doing it together in April?'"

Burak and the organization agreed, but it meant shifting the festival back three months and out of the summer window when many of the speakers and audience from the educational field would still be working.

"It was exciting and scary at the same time," he said. "We've always said we wanted to be the equivalent or the little brother of Tribeca and Sundance. Suddenly it's no longer a slogan, we do have a public-facing event, live games, real outside outdoor games. Suddenly it is a festival and not just a conference."

Games for Change 2014: How gaming can change everything