As a kid, I remember daydreaming about discovering a game that never ends. These days, that dream seems a lot less far-fetched thanks to the popularity of games based on procedural generation — that is, content that is made up by the game on the fly rather than painstakingly put together by level designers.

Even within that growing space, and even in its current early access form, Starbound is one of the most impressive never-ending games I've ever played. Progression is sometimes gated in arbitrary ways, and some content is obviously unfinished, but any problems I had faded to background noise in the midst of my planet-hopping, universe-spanning adventures.

Starbound is one of the most impressive never-ending games ever

Starbound begins with choosing a race, with options ranging from hyper-intelligent apes to self-aware robots. I played as a Floran — a humanoid race that has vines and flower petals sprouting from their skin. Whichever race you choose, the game begins with your character alone on a spaceship, stranded with minimal tools and floating above an unexplored planet.

Once you warp to the planet's surface, Starbound's immediate structure will look familiar to anyone who's played a crafting-based sandbox game in the last five years. Cut down wood, mine ore, build tools to help you cut down wood and mine ore faster, repeat. You'll also need to run from or fight local wildlife, find food and build a shelter to keep yourself safe and warm during cold nights. Or, you know, just warp back up to your spaceship. 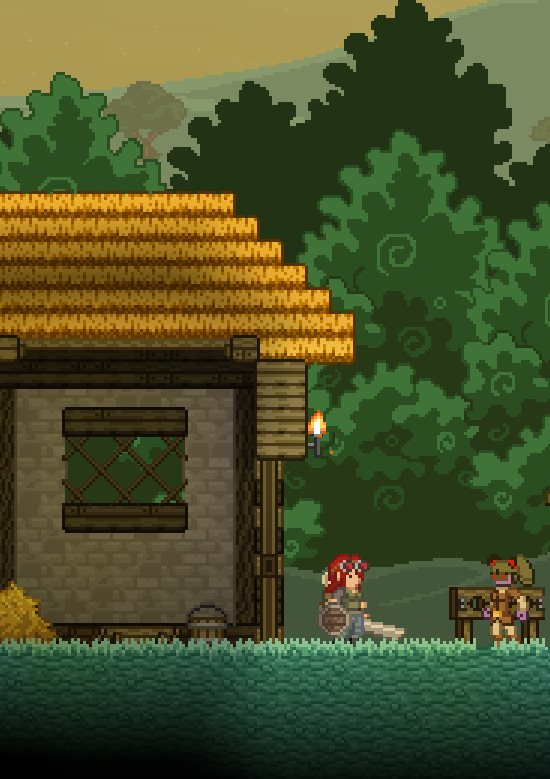 The initial few hours of Starbound are functional enough, and a series of simple quests leads you through the early grind pretty quickly. But this all-too-familiar progression — copper to iron to silver to gold — is the least interesting part of the game and a poor introduction to what makes it special.

Here's what makes it special: As soon as you have some coal (which can be mined or created by burning lumber) you can use it as fuel for your ship. And once your ship has fuel, you can do a light-speed jump to anywhere in the universe.

To be more accurate, you can jump to anywhere in Alpha Sector — other, more dangerous sectors need to be unlocked. But each individual sector is, for all intents and purposes, endless. They're filled with thousands of planets, each of which you can beam down to, and each of which can take as long as an hour to explore the surface or tens of hours if you want to dig underground and see what you find below.

Despite being randomly generated by an algorithm, Starbound's planets feel as if they have a purpose beyond housing minerals for your character to dig up. On one desert planet, I ran into several mining camps full of hostile bandits, with fully constructed facilities stretching deep underground. On another planet, I came across a high-tech castle with a mad robot king inside. These worlds feel like real, lived-in places in a way that most crafting game sandboxes never really accomplish. 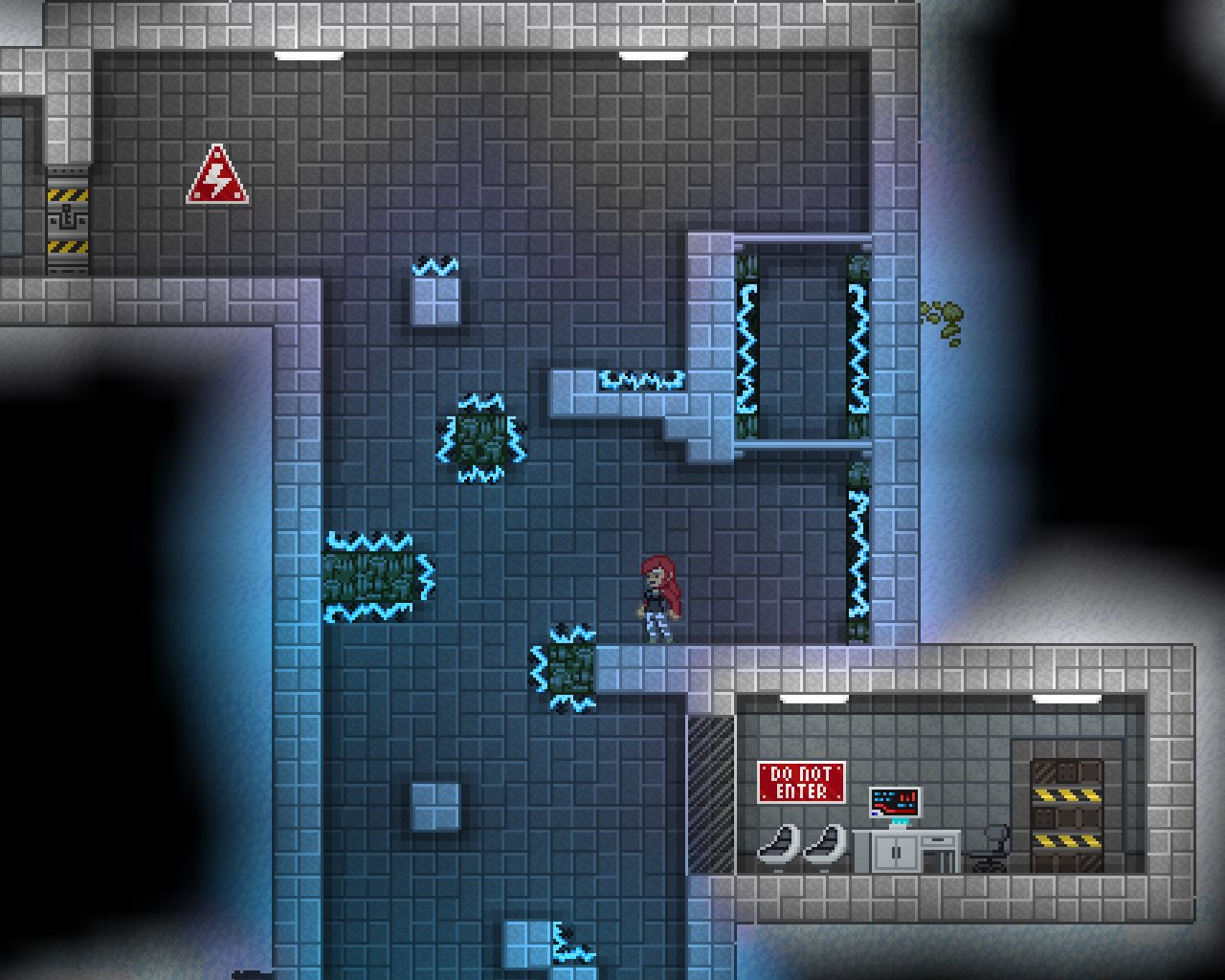 These pre-designed setpieces repeated in appearance from time to time, but they always had some new wrinkle — a different piece of treasure as a reward or a new hidden passageway or some alien creature I'd never encountered. And they really make adventuring rewarding and surprising all on its own.

If you ever stop exploring, Starbound also eventually builds on the initially generic progression structure in more interesting ways. The game is split into tiers of difficulty based on what sector of space you're in, and each sector comes with a crafting goal to work toward.

In the case of Alpha Sector, you need to build a beacon that will then summon a UFO that spits out penguins. Defeat this boss, and you unlock a whole new list of crafting items, including one that allows you to jump to Beta Sector, where you can begin the process all over again.

Some of Starbound's content gating doesn't make a lot of sense — for example, why can't I get pets until Delta Sector? But no matter what tier I was in, I was constantly discovering or crafting exciting weapons and armor. I found a giant sword that shoots out electric bubbles on my very first planet and ended up using it for a good 10 hours.

If you really fall in love with a specific blade or gun, you're free to stick with it, too. Starbound's combat isn't too difficult, which means you can go with style over stats if you're so inclined. The initial early access release of Starbound had some rough difficulty spikes, but in the couple of months since then, they've made the game much more approachable. If you play smart and know when to step back and heal your wounds, you can survive with lower-tier weapons deep into the game — though you're likely to find some other cool relic to replace them eventually.

Armor upgrades are more strictly necessary, but the game offers cosmetic slots that let you change how you appear in the world while still getting the stat boosts from the best armor. It's a great compromise between having a set path of upgrades and letting players express themselves through their characters' looks.

While Starbound's current state already offers a lot of freedom — beyond the slow first few hours — developer Chucklefish has big plans to expand that freedom from here. It's working on more ways to progress, more quests and more sources of income, amongst other incoming changes. Chucklefish has been fast and responsive enough with patching the early access version of Starbound that I feel confident in its ability to actually achieve the goals they've laid out. 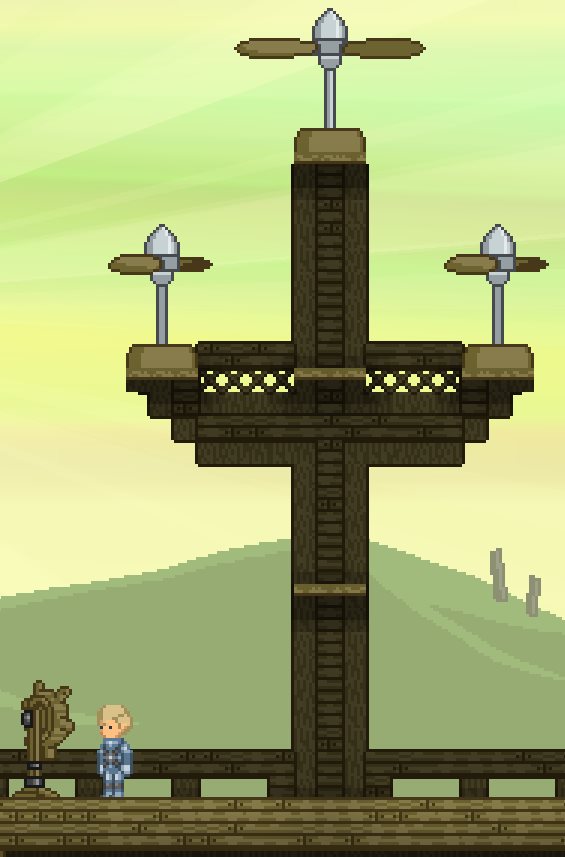 Starbound provides endless amounts of content with no major compromises

I'm sure there will come a point — after all the updates, after its full final release, after I've mastered the dangers of Sector X — where I finally feel done with Starbound. Even an infinite game can't pull me in forever. But its slow start aside, this is the closest I've experienced to an endless game without major compromises in content.

Starbound was reviewed using an early access version of the game provided by Chucklefish. You can find additional information about Polygon's ethics policy here.