Children are using Minecraft to redesign the real world

Share All sharing options for: Children are using Minecraft to redesign the real world

Minecraft is at the center of real-world re-design initiative Block by Block: a partnership between the United Nations Human Settlements Program and game developer Mojang that currently aims to construct a new design at Plaza Tlaxcoaque in Mexico City.

Block by Block is a four year program that aims to allow young people to design and upgrade 300 public spaces by 2016. The initiative, which began in 2012, has resulted in a number of pilot projects across the globe, with the first pilot project in Kibera — an informal settlement in Nairobi — already underway.

Other projects are taking place in Tikok, one of the poorest slums in Haiti, as well as Rwanda, India, Kenya and Ethipia.

Designs for the Mexico City space will be presented on April 27, with three winners presenting potential designs. These models will later be turned over to architects to become architectural designs that can be presented to city officials. 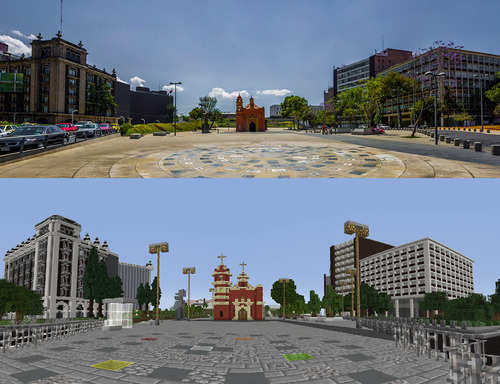