Acquiring the source code to virtually every coin-op game Atari made when it dominated the early 1980s arcade scene — Asteroids, Missile Command, Centipede — would seem to be enough of a coup. Yet for Jeremy Saucier, the most intimate contact with that era comes in the thousands and thousands of pages of paperwork, much of it routine.

Test-market reports. Focus group results. Written intel on what someone at Atari, for example, thought of Williams' Joust, how that was going to do as a competitor, and what Atari should do in reply.

"You see how this critical company worked at a critical time," Jeremy Saucier, assistant director of the International Center for the History of Electronic Games (ICHEG), told Polygon, "and how they saw the industry."

ICHEG and its home, the Strong National Museum of Play, today announced the acquisition of what is practically the corporate archive for Atari Games' coin-operated division: Twenty-two palettes' worth of material, bought some 15 years ago by a collector in California, and trucked to Rochester, N.Y.

The obvious jewels — including the code and original cabinet silkscreens for a test game that only produced two units — will likely go on display in some form. The bulk of what was acquired may have little impact as an exhibition but should provide critical context to researchers studying the advent of video games in the 1970s and 1980s.

The fact a company hung on to these kinds of workaday documents, and someone saw fit to buy it all up as an historical record, is a lucky break for researchers, said Jon-Paul Dyson, ICHEG's director and the vice president for exhibits at The Strong.

"The video game industry has always moved so fast, it's always forward-looking — 'What is the next game? What do we do for the next quarter?'" Dyson said. "But I think Atari, because it is the company that more or less founded the industry, it had this interest, in how it operated, in this preservation of its legacy." 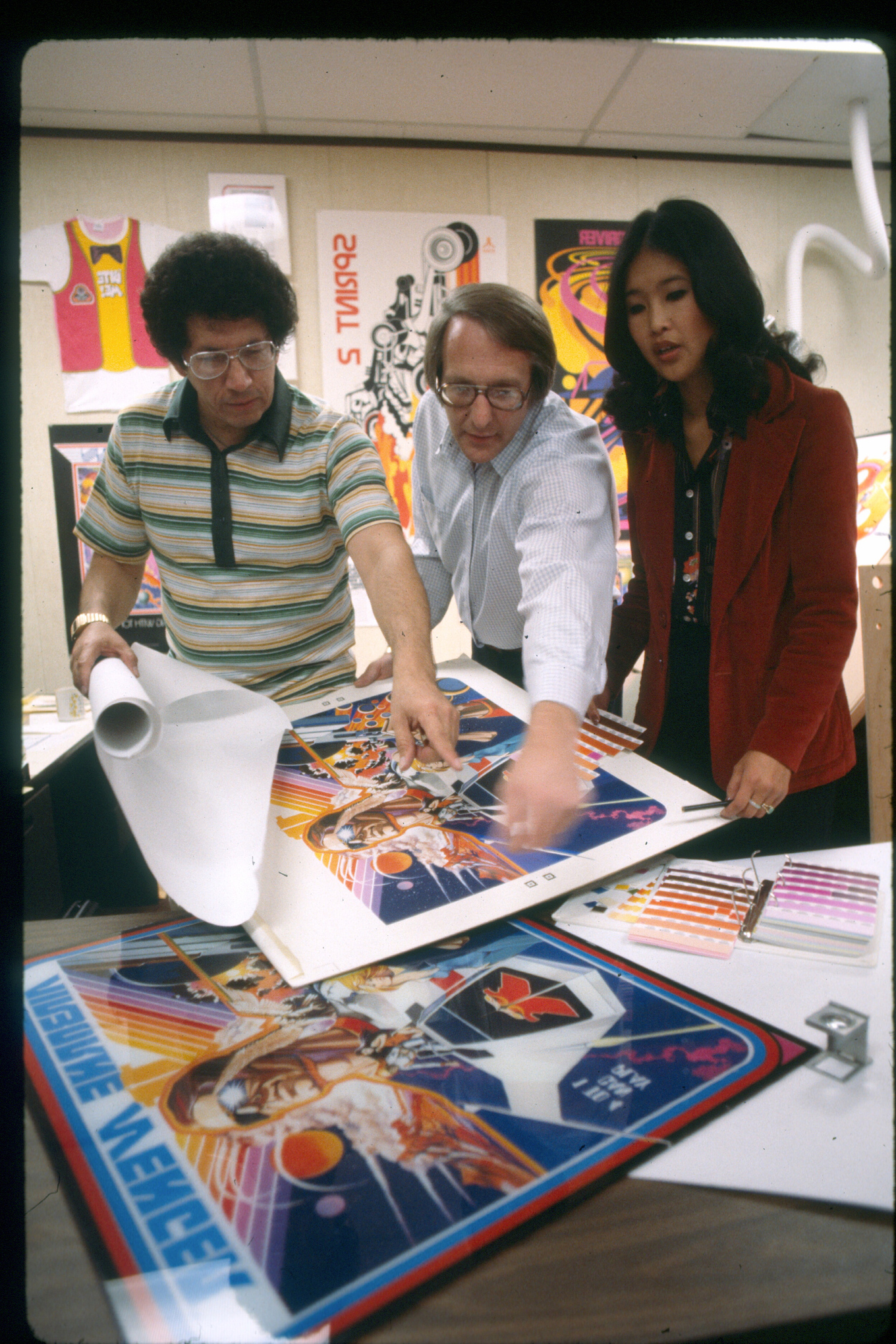 All of this stuff was bought up when Midway Games, after acquiring Atari Games (the coin-op division spun off from the main company after the mid-1980s home console crash) shut it down in 2003. A man named Scott Evans, who worked in electronics recycling and salvaging, bought the material from a liquidation sale. "He recognized the importance of it all when he saw people were tossing out this stuff," Saucier said.

Evans kept the material in storage for years. He'd made donations to ICHEG before, and that relationship led to a long conversation that culminated with today's donation.

One of the specimens included is Maze Invaders, an unreleased Atari coin-op game from 1981 heavily inspired by Namco's Pac-Man and Stern Electronics' Berzerk. Ed Logg, the programmer of Asteroids and, later, Gauntlet, was assigned to build it. "They put it on a test program and it didn't do well," Dyson said. "It only produced a couple of units. You can see how it took tons of games to get to an Asteroids, and how one of the most successful designers of the 20th century, even he had his failures."

The code is stored on 8-inch floppy disks — when floppy really meant floppy. Saucier and Dyson said they are confident that they will have "a high rate of success" recovering that code to more stable media. "Some of it will be a challenge to get at," Saucier said, "but I know the collector [Evans] has read some of the discs."

Just as critical to the understanding of these games' development are the numerous binders charting their development, Saucier said. The one for Asteroids, for example, begins with Logg's handwritten notes on the control setup (Asteroids was a button-only game) and the sound effects. "These binders include production schedules, what will be done at what time, cost estimates," Saucier said.

It's like 'if we were able to get Gutenberg's business records, and tell how he was able to create the printing press.'

"It may be like, if we were able to get Gutenberg's business records, and tell completely how he was able to create the printing press," Dyson explained. "Coin-op is what launched the video game industry, and it still has reverberations to this day."

Other materials acquired include 2,800 videos on a number of formats of the day — Betamax and VHS, for example — showing things from focus group reactions, to game demonstrations, Atari's participation in industry expos, and even office parties.

"I don't know what those will look like," joked Saucier, "but we'll let you know."

Saucier said even with many of the specimens identified and their importance well known, it will take some time to catalog everything and curate an exhibit for the public. Much, much more will be held in an archive for researchers to access.

The Strong recently acquired the games collection and business records of Broderbund Software, the publisher of Myst and the original publisher of Prince of Persia. And last year, it exhibited "Atari By Design," which showcased concept documents of several Atari games next to playable versions. Some 50 Atari cabinets already are in The Strong's collection of arcade pinball and video games.

So it's not necessarily the games, but maybe something more mundane, that makes this acquisition so valuable.

"It's the kind of thing that is very ephemeral," Saucier said. "It's hard to find this sort of thing in an archive. The things you see here are actual field reports from field tests. There are reports coming back, saying how Asteroids did when it was on its first field tests. There are reports where Atari representatives went to a game show, and they're writing a report on what they think of Joust, and what they think it's going to do.

"It's a body of information not just about Atari, but about the industry as well."