Developer Sledgehammer Games teased a first look at this year's Call of Duty at last month's Game Developers Conference, offering a split-second peek at the 2014 entry in Activision's popular shooter franchise. Thanks to the GDC Vault, which hosts video recordings of the conference's talks, those not in attendance at Sledgehammer's panel can get a taste of what this year's Call of Duty game will look like.

"We can't talk at all about Call of Duty for this year," Sledgehammer's Michael Condrey said at the start of the talk he delivered with fellow studio co-founder Glen Schofield. "[Activision] said you can't show anything from Call of Duty this year, and you certainly can't show in-game rendered characters from this year's game." Condrey then briefly showed an image from the game featuring "actual in-game characters," according to a note on one of his slides.

The image of two characters from this year's Call of Duty title appear to be graphically inline with realistic facial modeling shown by Activision researchers at last year's GDC.

The GDC Vault video featuring the image has since been taken offline.

Sledgehammer Games is leading development on this year's Call of Duty, and the studio is taking a "next-gen first" approach to development, meaning it will focus on current hardware: PlayStation 4, Xbox One and modern PC architecture. This year's game also represents the first in a new three-year-long development cycle for each title, as Sledgehammer joins Infinity Ward and Treyarch as lead developers on annual Call of Duty games. 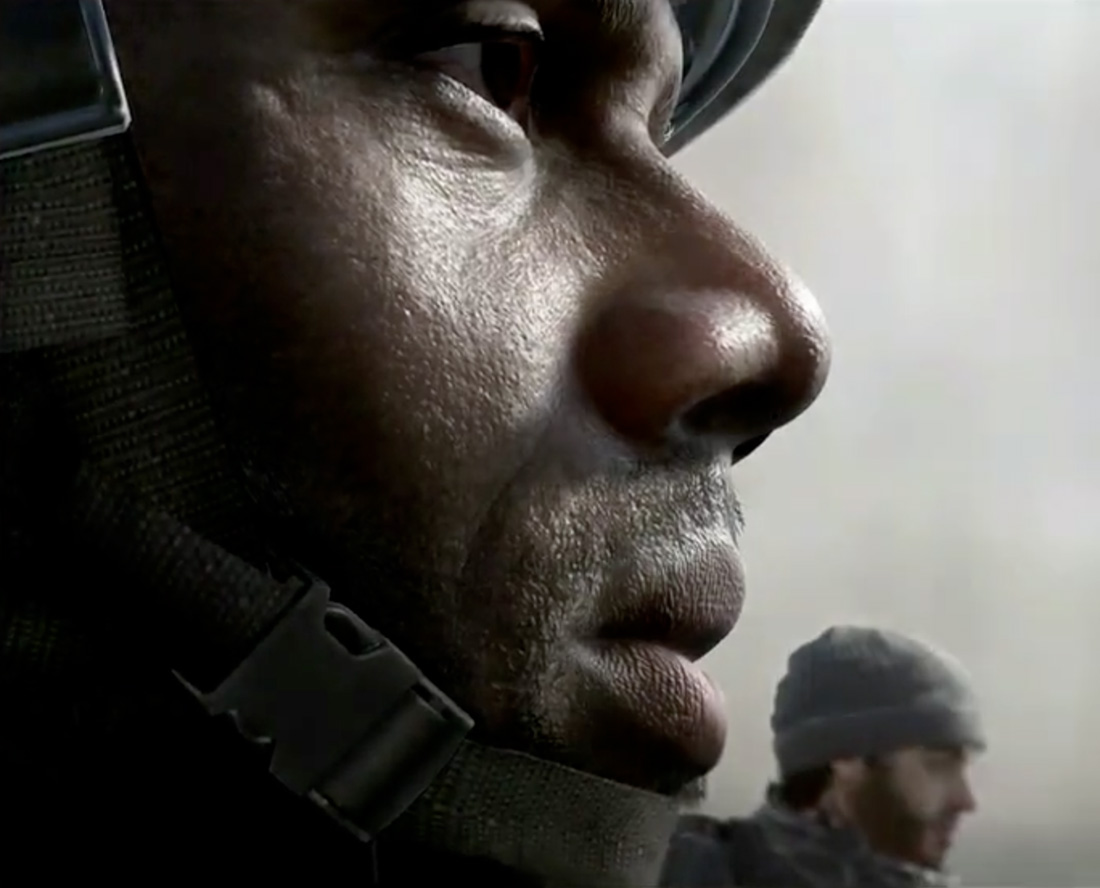