Skylanders Trap Team coming Oct. 5 with a new twist and a new portal

Share All sharing options for: Skylanders Trap Team coming Oct. 5 with a new twist and a new portal

Three years and three iterations into the short and absurdly successful lifespan of Skylanders, Activision and developers Beenox and Toys For Bob are hoping to reinvent the toys-meet-video game franchise with yet another twist.

Where the original Skylanders game allowed players to place an action figure onto a toy portal and inject the character into a video game, the follow-ups brought over-sized action figures and figures that can be taken apart and mix-and-matched.

In October, Skylanders Trap Team will bring the ability not just inject toys into a video game, but to take a video game character and drag him kicking and screaming into the real world, sort of.

"This year we're going to bring life to toys."

"For the last three years we've allowed players to breathe life into video games, to bring toys to life. This year we're going to bring life to toys."

The premise behind the game, set for a North American release on Oct. 5 and release in Europe on Oct. 10, is that Skylanders' chief bad guy, Kaos, has discovered and blown apart the Cloudcracker Prison, home of the mythical world's worst villains. The explosion frees the bad guys and sends the Trap Masters and the traps they use to capture bad guys into the real world.

The result is a game that on one level plays like previous Skylanders games — and does support all 175 of the previous figures — but adds an entirely new element to the game. Players still place a Trap Master on the redesigned portal accessory to bring him into the game world, but after attacking and defeating a wanted criminal in the game, they're given the option to trap the character. 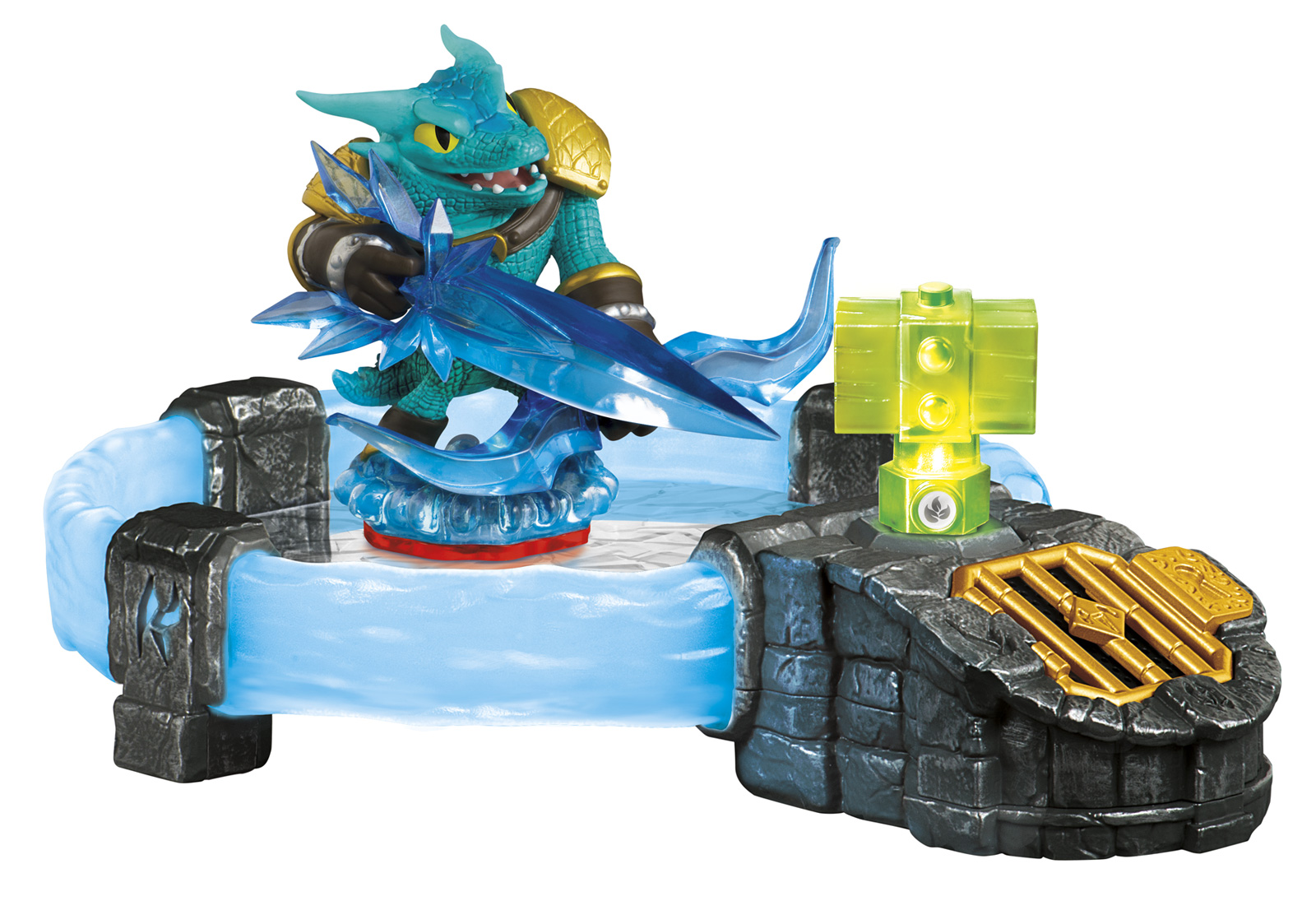 A player simply plugs a Traptanium Trap, a toy that's shaped like a crystal, into a keyhole like-area in the portal and the villain is trapped. The first time it was shown on stage during the game's unveiling event, we saw the character sucked up on-screen into a vortex, screaming as they were pulled from the TV to the crystal. To help sell the idea, the portal itself also has its own speaker. So when the villain screamed you could hear his voice move from the television to the crystal. Once trapped, the villain cracked a joke or two and complained, his voice coming from the crystal, which flashed as he talked.

Toys for Bob and the story behind Skylanders

The game will eventually support 50 new Skylanders, including the new Trap Masters, new core Skylanders and reposed fan-favorites, and 40 villains that can be trapped. Fortunately, players won't need to own 40 traps to catch all of the villains, they'll just need to own one of each of the game's eight elements so they can match up villain to trap.

While each crystal can only hold one villain at a time, the game will allow the villains to be stored on the game itself, allowing players to capture all of the villains.

The villains, once captured, can then be brought back into the game as good guys, fighting alongside the Skylanders Trap Masters. They will, like the traditional characters, level up over time.

Another neat twist: The game will also allow players to eventually play as Kaos.

During game sessions, players can quickly swap back and forth between a Trap Master and a trapped villain with a button push. The game also supports multiplayer, which allows two players to swap between two Skylanders and a trap, or play as a Skylander and a villain.

Skylanders Trap Team is coming to Nintendo 3DS, PlayStation 3, PlayStation 4, Wii, Wii U, Xbox 360 and Xbox One. A starter pack will sell for $74.99 and comes with the new portal, two traps, Trap Master and one of the new Skylanders.