Orcs Must Die! Unchained is a class-based, card-collecting MOBA

Share All sharing options for: Orcs Must Die! Unchained is a class-based, card-collecting MOBA

Orcs Must Die! Unchained is the latest entry in Robot Entertainment's well-regarded Orcs Must Die! franchise, and you could be forgiven for taking one look at the game's announcement earlier this month and characterizing it as a multiplayer online battle arena (MOBA) title. It's a free-to-play game that pits two teams of five against each other, with each unit attempting to erect defenses for its own stronghold while leading bands of minions into their opponents' home base — a similar experience to popular MOBAs such as Riot Games' League of Legends and Valve's Dota 2.

But there's more to Orcs Must Die! Unchained, and during a recent hands-on session, Robot Entertainment officials told Polygon that they believe their game blends a variety of genres into something uniquely Orcs Must Die! — that's why they're not leading with the MOBA label.

"MOBA's become very much defined by what League of Legends is"

"MOBA's become very much defined by what League of Legends is, which we feel is a little bit limiting for Orcs Must Die! Unchained," said Patrick Hudson, co-founder and CEO of Robot. Ian Fischer, design director on Unchained, noted, "Internally, we never started talking about MOBA at all when we were putting it together."

Instead, Hudson and Fischer said the easiest way to describe Unchained is to say that it combines the previous two entries in the series — the original Orcs Must Die! (2011) and its sequel, Orcs Must Die! 2 (2012) — with a competitive twist. Players start out each match by shoring up their keep's defenses, laying traps to slow enemies down; this segment of the round is reminiscent of the first game, which was a tower-defense title. Orcs Must Die! 2 introduced two-person cooperative play, and according to Hudson, Robot had some design ideas for player-versus-player combat while making that game.

Team-based competitive play is the focus of Unchained; this is the first time in the series that players will be able to attack as well as defend. They'll also have the option to play alone against bots, and in smaller games such as two-on-two and three-on-three matches.

The monetization model for Unchained is the element that sets it apart from other MOBAs. Everything in the game takes on the metaphor of digital cards. Instead of buying individual playable characters and cosmetic add-ons (although those will likely be sold as well), players can purchase packs of cards using in-game currency or real money. Cards unlock new heroes and provide the means to upgrade them, and also expand your arsenal with new minions, weapons and traps. In addition to mastering offensive and defensive gameplay, Unchained players will have to become skilled deck builders.

Unchained players will have to become skilled deck builders

The deck-building part of Unchained isn't in the game yet; the version that Robot showed at PAX East 2014 earlier this month offers pre-made decks with 10 heroes and a variety of minions and traps to experiment with. We decided to play as Blackpaw, a fast-moving character whose melee attack, a bite, provides healing that's equivalent to the damage it deals. Blackpaw also has a couple of special abilities: He can send out ghost Gnolls and strengthen their armor.

We were initially overwhelmed, even though Fischer was walking us through the match. There's so much going on in addition to the basic principles of setting traps and then attacking the other team. The action proceeds on lanes, which are guarded by strong AI defenders known as Paladins. The Paladins stand on glyphs that can provide buffs, so it's particularly tough to take them down. Another glyph sits right outside one of each team's two war camps, which are the areas from which minions spawn. That glyph can give those minions buffs like improved armor and health.

Trap placement is key to success, of course; one great strategy our opponents used was to lay them down at choke points. That's where Blackpaw's passive ability came in handy: He has the power to momentarily disable traps. Once you get to the other team's base, you'll see a glowing gateway known as a Rift. The objective here is to get your minions into it — but you'll have to contend with the two Paladins guarding the room. As with other MOBA-type games, diversifying your team between offensive and defensive heroes is vital in order to secure victory. 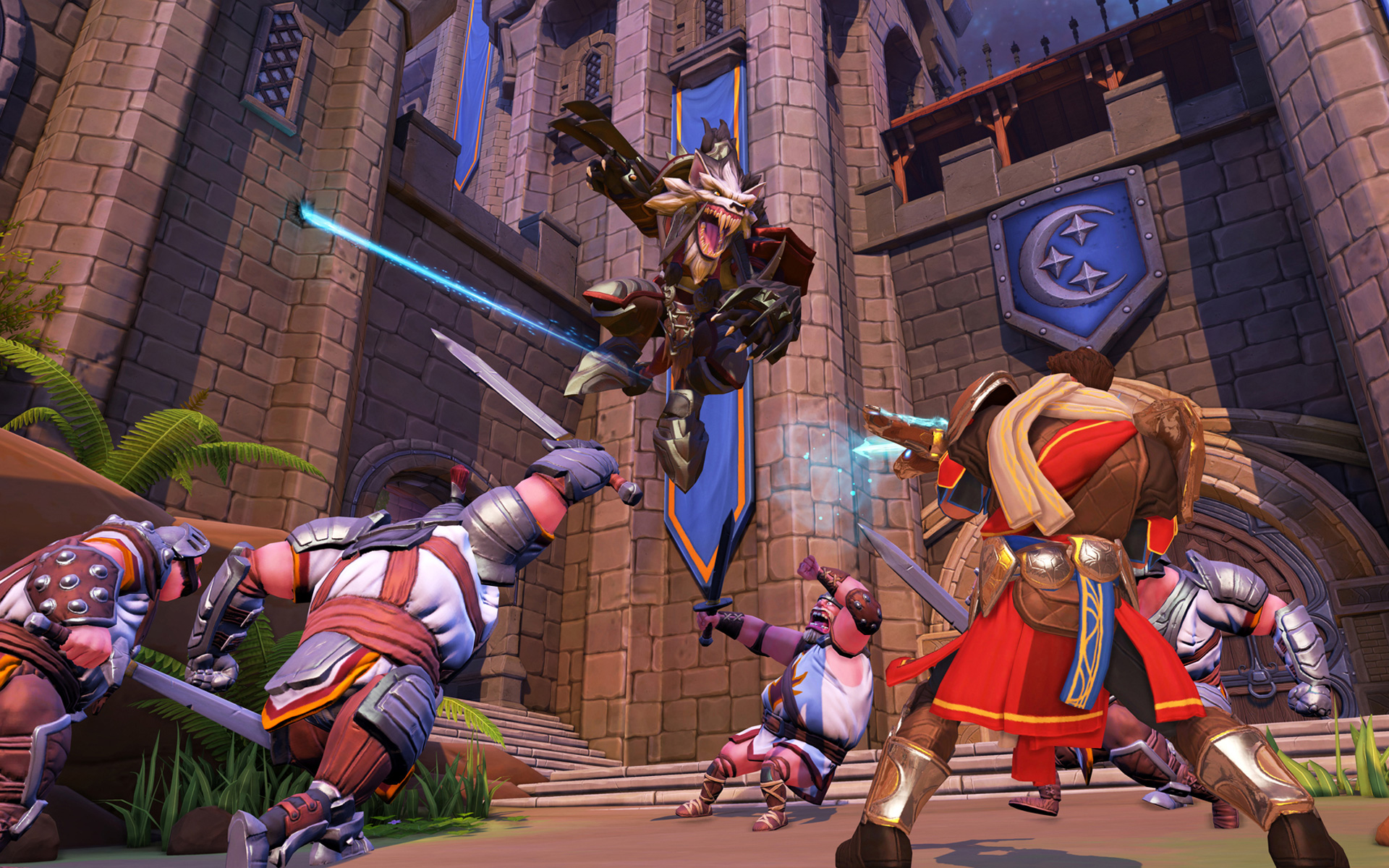 In addition to the public showing at PAX, Robot is now running a closed alpha. According to Fischer and Hudson, developing the game this way isn't just advantageous because it helps the studio refine game balance — it's necessary for a multiplayer-focused game like this.

"The scope and scale of this game is so much more than the first two games, and we're publishing this game ourselves here in North America. We need to be really conservative and measured, and make sure that we're delivering a great service to the fans, too. So we're being pretty measured in how many people we let in early, and we want to make sure our systems scale and our architecture scales as we bring more fans in," Hudson added.

Robot is currently selling founder's packs on the game's website to give people immediate access to the alpha, and allowing interested parties to sign up for news about the upcoming beta. Orcs Must Die! Unchained is set for release in late 2014 on Windows PC.