Mario Golf: World Tour tries to do a little bit of everything.

The Mario Golf series' handheld and console installments are wildly different, occasionally to the point of not even resembling each other. The series' Game Boy Color and Advance iterations had surprisingly deep character progression and a meaty single-player campaign, while the console titles featured more gameplay modes and multiplayer offerings to dig into. World Tour feels like an earnest attempt to incorporate all of those elements and more.

It does this with mixed success. Though the game's story mode and progression mechanics fall flat, Mario Golf: World Tour holds firmly to the series' solid mechanics, providing a plethora of modes, unlockable content and some of the most robust multiplayer capabilities I've ever seen on the 3DS.

The core mechanics of World Tour are as sound as you'd expect from a Camelot sports title, using the age-old power meter to determine the flight of your ball, and button combinations to determine its post-landing spin. When lining up your shot, you're shown its expected trajectory, impact point and final resting point — though the latter doesn't factor in terrain type, angle, height differential, wind or, really, anything. Those calculations are entirely on your shoulders. 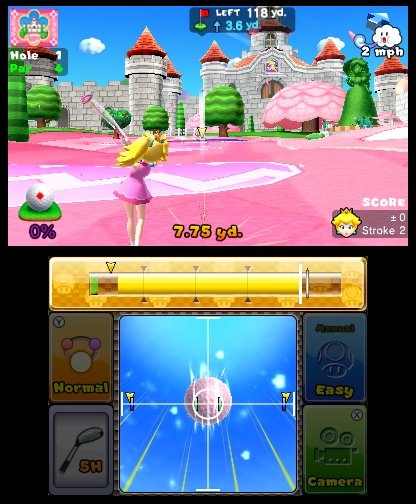 The only area where the game's mechanics suffer is the camera, which by default makes the estimated resting spot your focal point while aiming. As previously described, that target is nearly always wrong — almost laughably wrong in some situations, like when it shows your shot resting near the pin when your impact point is squarely in a water hazard. Having to track down your shot's much more reliable impact point can, at times, be kind of a chore.

Mario Golf: World Tour adds Item Shots into the time-honored mix, which are a bit gimmicky, but do add a strategic element to the matches in which they're included. The Bullet Bill shot, for instance, turns your ball into a … well, bullet, which can fly across entire courses, ignoring the wind and terrain that might hinder it. A Fire Flower shot can burn new paths through trees that stand in the way of the pin. They're powerful — but most of the time, acquiring them means shooting out of the way to hit their respective Question Block on the course.

If you want to keep things basic, you can deactivate Item Shots for most modes that Mario Golf: World Tour offers. They're fascinating in small measures, but the option to not play with them is a very welcome one.

Item Shots find mixed success, but Mario Golf: World Tour's biggest disappointment is its Castle Club mode — a campaign seemingly positioned to provide the RPG experience the series' handheld games are known for. You play as your 3DS' registered Mii, and participate in tournaments, take on training exercises and socialize with franchise characters. It sounds like the Story mode in Mario Golf for Game Boy Color and Advance Tour for Game Boy Advance; but it's much, much more insubstantial. 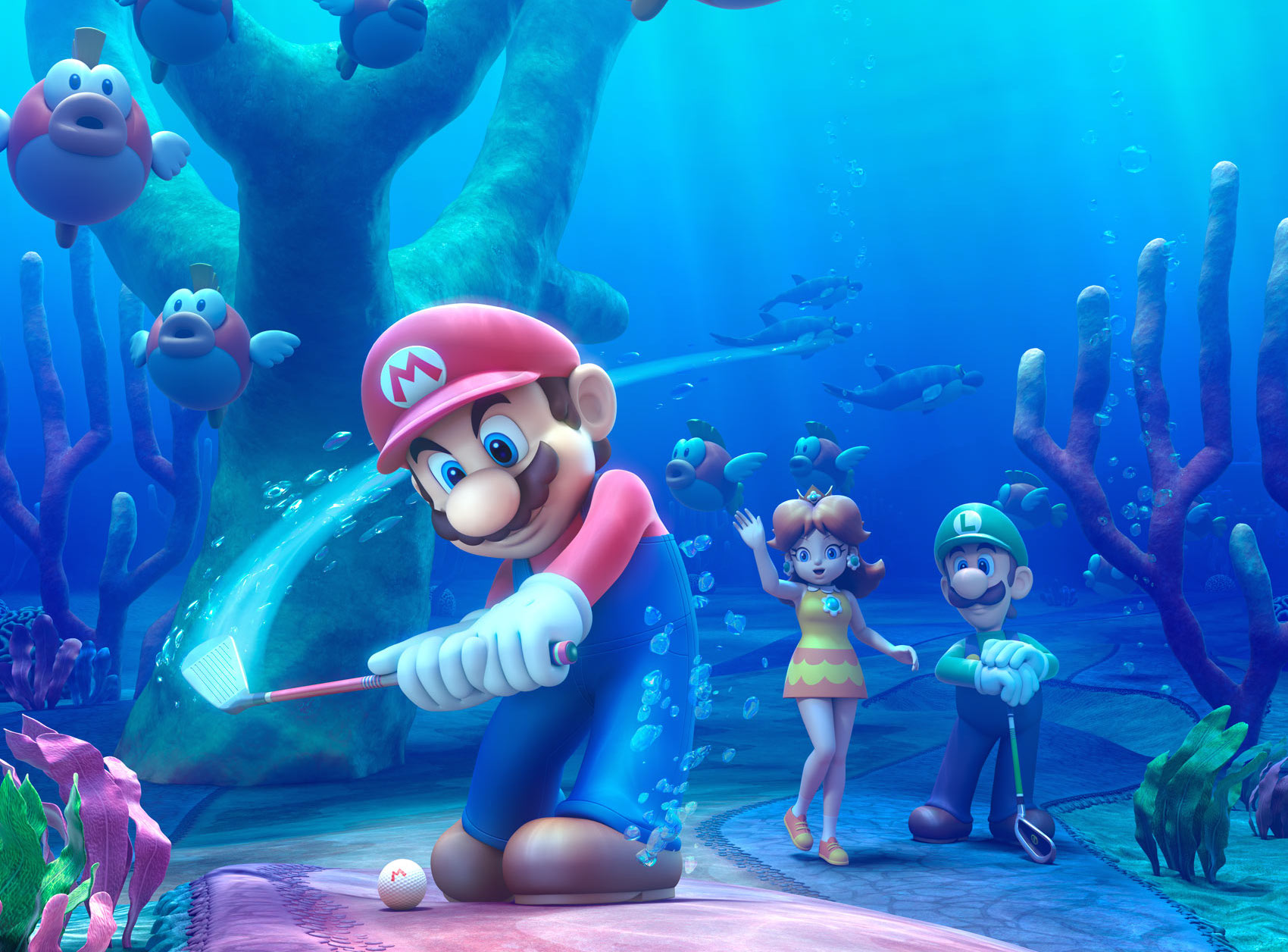 For starters, it's exceedingly short — after participating in a practice round to establish your handicap, all you have to do to complete the campaign is win first place on three courses. Even after playing a practice round on each, digging into the mode's handful of training exercises and trying my hand at some unlockable courses, I burned through Castle Club mode in a little over two hours. There's more to do after the credits roll — timed events, training areas and exclusive online tournaments, for example — but don't hold out hope for a lengthy campaign.

There's no character-leveling mechanic; instead, you can customize your Mii's gear and wardrobe by purchasing items from the Castle Club shop — a shop with zero inventory when you start the game. You can add a single, seemingly random item to the shop by completing a round of golf or certain challenges, but there's no guarantee it will unlock an item you'll want. To wit: I once unlocked four hats in a row, each with identical stats. Also, after hours of play, I still have not unlocked any pants.

The Castle Club mode feels a bit anemic, which stands in stark contrast to the numerous modes and activities offered by the rest of the game. Quick Play options let you take part in any kind of match you want — Stroke Play, Super Stickman Golf-esque speed rounds or one-on-one duels, with control over the length of matches, starting position, course order; you name it. Challenge mode offers quick-fire mini-games, Item Shot-centric puzzles and difficult duels, unlocking characters, courses and costumes as you go. Both unlock new items for the shop, and are as enjoyable and rewarding as can be. 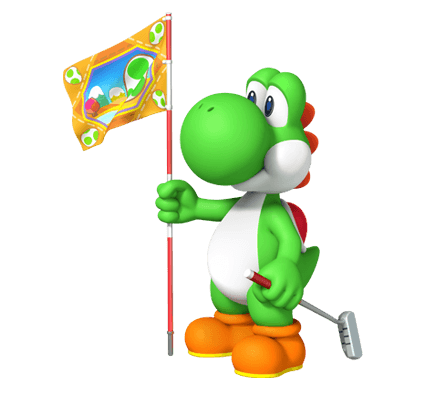 The game's online offerings are superb

The game's myriad online offerings are also superb, providing some truly compelling score-chasing competition across a bevy of modes. You can take your outfitted Mii into a proper 18-hole tournament, observing the trails of your ghost competitors in asynchronous play. You could also enter a timed, three-day-long driving contest, trying to fire a single shot as far as you can — potentially to the top of the leaderboards. You could also just as easily set up your own private tournament for you and your registered friends.

The game's online component isn't vestigial or underdone — it's part of the game's very core. When you load up the game, the main menu shows a ticker of all available timed online challenges, previewing their requirements and unlockable rewards for participation. You can see exactly how many strokes under par your friends went in each challenge, and chase their ghosts across the course. It has the potential to be relentlessly addicting.

Mario Golf: World Tour wasn't exactly what I expected. Its arrival on 3DS made me hopeful for that weird, charming role-playing hybrid from the franchise's handheld past. Castle Club simply isn't that; but my disappointment in its absence didn't take long to subside. World Tour more than delivers on the series' past strength on consoles, resulting in a polished, streamlined and extremely compelling way to hit the links.