Tech drives Xbox TV, but Kinect won't be used to track success of shows ... yet

Share All sharing options for: Tech drives Xbox TV, but Kinect won't be used to track success of shows ... yet

This summer Xbox television will be in full swing, and with it will come one more temptation to make use of the camera that is included with every single Xbox One sold in the world.

But Nancy Tellem, Microsoft's entertainment and digital media president, once more stressed that Microsoft continues to be vigilant about concerns of privacy and poking into the private lives, or television viewing habits, of their customers without explicit permission.

"I gotta tell you, I think, and now we're talking about something that's outside my full understanding and pay grade, but I think there's really a lot of sensitivity to privacy issues," she told Polygon. "There's also a lot of parental control things that can be built in. There's a lot of, from, if you own these kind of consoles, there's an opt-in opportunity that if you want to take advantage of it you can. If you don't, you don't have to, but the technology is there, and to the point that the consumers or the audience wants to take advantage of it, it's available."

While Microsoft isn't doing it yet, the potential to turn the Xbox One into audience measurement system for their programming must be compelling. The Xbox One's Kinect can track basic face movement to guess at emotional reaction in real time and can even note when a person looks away from the television screen. It could, if Microsoft wanted to, become an incredibly effective way to measure how an audience is reacting to their shows.

It certainly would be more effective then Nielsen ratings, which use a sampling of the audience and expect viewers to fill out diaries, to track reaction to shows.

Tellem, whose influential career in traditional television spans more than 30 years, said she is very happy to get away from Nielsen.

"I do think that we do have the opportunities to offer up more refined data, and certainly we are really exploring that," Tellem said, when I first broached the topic of Kinect being used to measure audience reaction. "So, not only for our own edification as to what's working, what isn't, but also for everyone else who's interested in our service."

"If you don't, you don't have to, but the technology is there, and to the point that the consumers or the audience wants to take advantage of it, it's available."

"When I was overseeing the CW and, at the height of Gossip Girl, I would see scratch marks in Dallas and New York would show that no one was watching, and, when I would push back they would say, ‘You know, they're really an elusive audience. It's tough to lock them down. But, if you want to pay extra, we can find more boxes to be attached to,'" she said.

The problem with audience tracking, Tellem said, has led to a lot of reexamination of methodology.

"For the younger audience, everyone's exploring other ways in which to measure," she said. "You go psychographic, engagement becomes important, and, honestly, at the CW because ratings were a big challenge in that kind of, one thing that was very clear is that the audience was a very sought after audience, and the question was, is the environment you're creating to engage? And in some respects, that's what we're creating right now.

"We already have an amazing audience, and now what we want to do is keep them there and engage them even deeper."

While Kinect has some very obvious applications in audience measurement, that's not the only reason technology is being discussed in this effort. 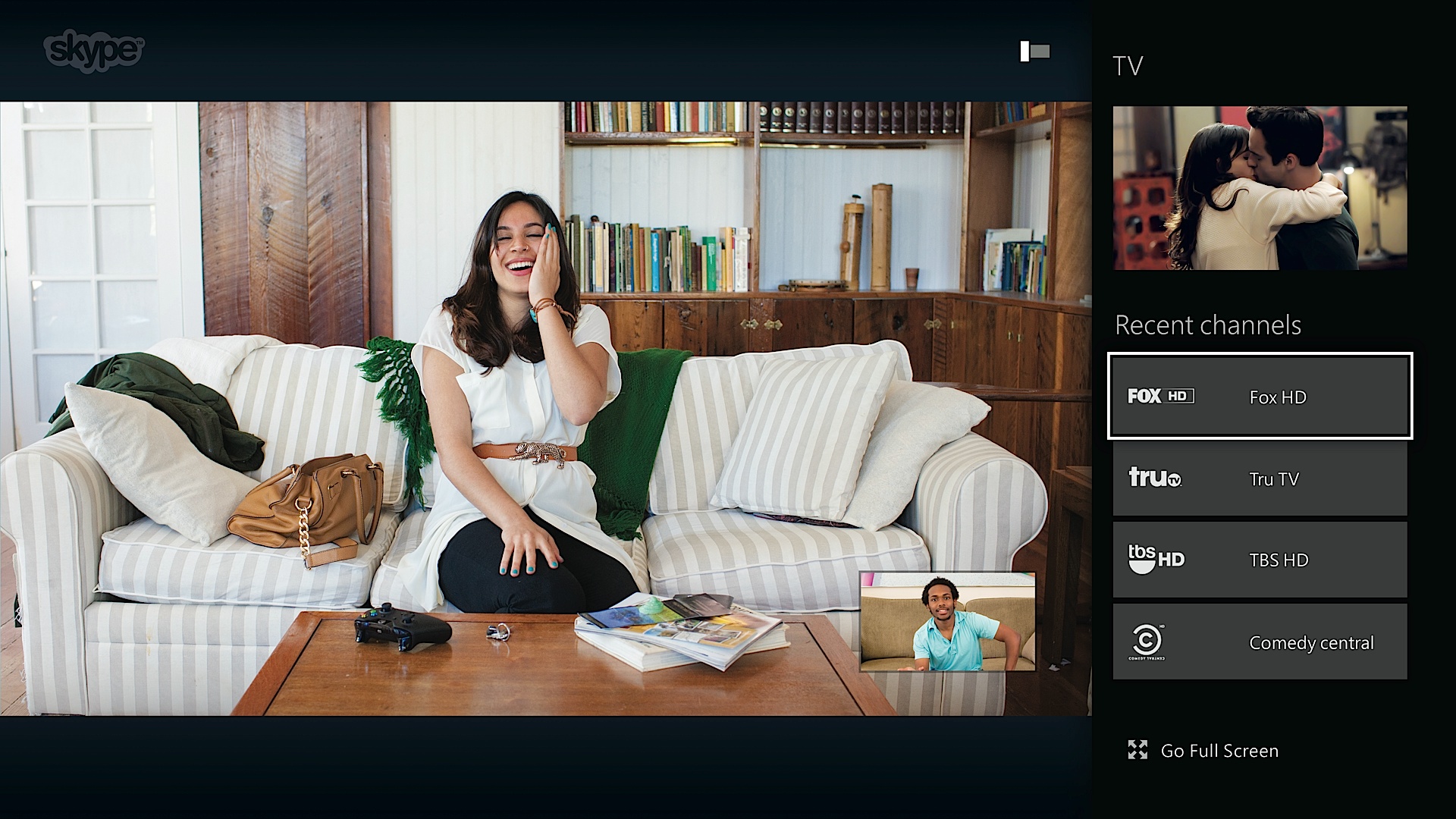 Perhaps the most obvious differentiator between Xbox Entertainment Studios' original programming and the television you would find on your typical cable box is the device that delivers those shows.

The Xbox One, and to a lesser extend the Xbox 360, are designed to be powerful multimedia devices, delivering new TV shows is just once of its tricks. And the people behind Studios are well aware of that.

Just look at the guide, an application on the Xbox One that on some level looks a lot like a traditional television viewing guide. The big difference, though, is that it also shows on-demand content and, soon, original programming for the Xbox.

Tellem viewing the guide and seeing that is the first moment when a Xbox One owner realizes they're in a "different world."

"The apps are just as prominent as a TV channel, which, again, shows where everything is shifting," she said. "In time, the apps will take over that, and again, then the homepage where it's probably integrated."

The move toward time-shifted content is a reaction to a growing audience of millennial viewers who don't view TV as something that has to be viewed at a certain time, Tellem said. Couple with that the ability to do things like build up an audience through direct interaction, time-shifting comments and you have a much more meaningful experience, she said.

"I don't think we're too early nor are we too late."

"I love the idea of connecting with people and sharing with people," Tellem said. "My kids are huge football fans with their fantasy football, and we'll have amazing interactive features for you to personalize and highlight so you can get real time updates of your fantasy league. You can trash talk your friends through Skype, and all of that is an integrated experience. It's far less clunky when I see my kids having all these devices on the table, and at half time you can snap and play Madden. So, the hope is that we get to that point where everything is really seamless and frictionless, and that's what we're embarking on."

The idea of making these experiences more social aren't exactly new. Microsoft played around with this idea on the Xbox 360 and video. The Netflix app's party mode allowed people to watch a movie together and chat at the same time. It was killed without explanation.

Tellem said it was a service too early for its time. In some ways, it's returned on the Xbox One, which allows TV viewers to Skype while watching.

"A lot of these ideas, and this is what you'll notice, it's all about timing," she said. "It's an evolution, but I think we're on the right track."

Interaction is such a big deal for the studio that they have a studio of 125 to 150 people in Vancouver who will be reponsible for all interactive elements for television on Xbox.

Microsoft isn't the first or only company looking into this. And their push into television arrives when there is a slew of innovators not just trying to rethink TV, but succeeding, including Netflix, Amazon and Twitch. So why now? Is Microsoft too late to the party, or are they pushing tech people aren't quite ready for yet?

"I don't think we're too early nor are we too late," Tellem said. "I think our big challenge is, everybody's coming in with original content as a differentiator, we believe that it starts, the differentiator starts with great content. But I think our additional differentiator is enabling true interactivity, and again, it's so overused this term, but that we have the technology to really offer a more immersive and engaging experience."